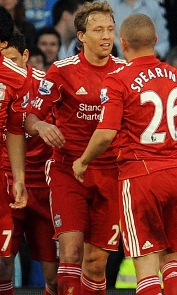 Liverpool produced a masterful performance to overwhelm Fulham 5-2 on Monday night - but who were our standout performers on the day?

As always we caught up with LFC TV commentator John Bradley to gauge his views  - do you agree or disagree?

Leave your comments at the foot of the page. 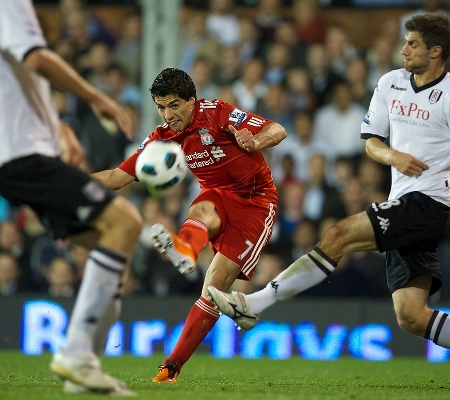 Maxi Rodriguez may well have the match ball, but there's one man in Red who tortured and terrorised Fulham's defenders all night. Breda Hangeland could have been sent off inside 10 minutes for a clear professional foul on the Uruguayan - and his night didn't get much better after that either.

Suarez has everything; strength, poise, balance and unbelievable ability. I've not seen one defender who can say they've had the better of him since he signed and again his performance was breathtaking. His goal capped a marvellous display. 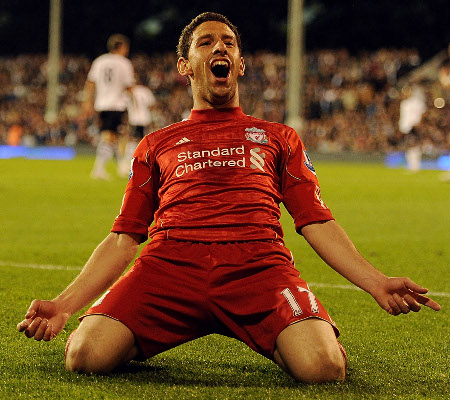 Seven goals in his last 240 minutes of action is a sensational return and I've no doubt his close off-field friendship with Lucas Leiva and Suarez has helped him produce his best on the pitch. Yes, he may have had a bit of help from Mark Schwarzer at Craven Cottage, but the Argentine is playing with a real gusto and confidence. He constantly gets into dangerous positions in the opposition penalty area and is reaping the rewards of Liverpool's dynamic attacking play. 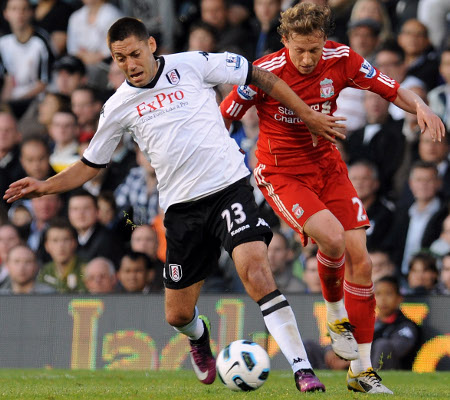 The two clinical passes for the first two goals had quality written all over them. The Brazilian also took some harsh punishment with Danny Murphy and Steven Sidwell booked for over zealous tackles, but he gets up, dusts himself down and gets on with it. His partnership with Jay Spearing, who was again excellent, continues to blossom as we really are seeing the best of a player who is so highly regarded both at Anfield and by his international manager.

In reality I could easily have put any of the team in the top 3, and after a performance like that it was so hard to choose, Jamie Carragher on his 666th appearance was imperious, Glen Johnson was again magnificent - just as he was against Newcastle - and John Flanagan is playing like a veteran. The signs continue to be good for the future and it's just a shame the season ends in two weeks, I'm sure the way the Rds are playing makes everyone wish that the season could go on and on.