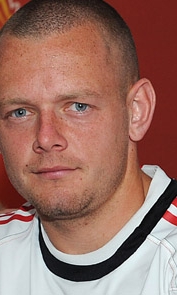 Jay Spearing today admitted he was 'buzzing' after signing a new Liverpool contract - and immediately thanked Kenny Dalglish for giving him the chance to realise his Anfield dreams.

Spearing put pen to paper on an extended contract earlier today as he committed his future to the club he has been at since the age of seven.

After spending many years attempting to push through into the first team plans, Spearing has finally achieved his ambitions and is now looking forward to a bright future with the Reds.

"I am buzzing to be honest," he told Liverpoolfc.tv. "I'm pleased to have finally put pen to paper and got everything sorted.

"I've been here for a long time and playing for Liverpool is all I have ever wanted to do, so hopefully I can keep going now.

"It has been a long time coming. I've been in the background and in and around the first team and maybe not had a run in the team, but now I'm getting that run I've been able to show my desire and commitment to the club.

"I owe a lot to the boss and hopefully I am repaying him with the games I am playing. He put me into the derby straightaway and that gave me a lot of confidence. Any player who has the belief of the manager always wants to go on and show what he can do.

"With the new boss coming in and the way we have been playing and with me getting some game time, it has been a good couple of months and this has topped it off for me." 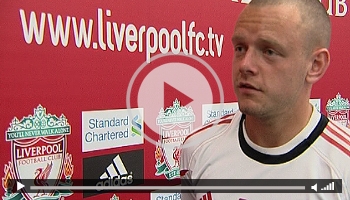 While it has been a breakthrough season for Spearing on a personal level, he insists his only focus now is to help ensure he and his teammates finish the campaign as high as possible in the league table - and hopefully secure European qualification for next season in the process.

"We have a game at Fulham on Monday but the way we are playing and the form we are in, there is no reason why we can't go and get the three points and keep the pressure on Tottenham," he added.

"The first half of the season didn't go as well as we had planned but we have now showed what we can do.

"I knew at some point it would happen for me if I kept working hard in training and kept showing people what I could do. Thankfully it has come now."