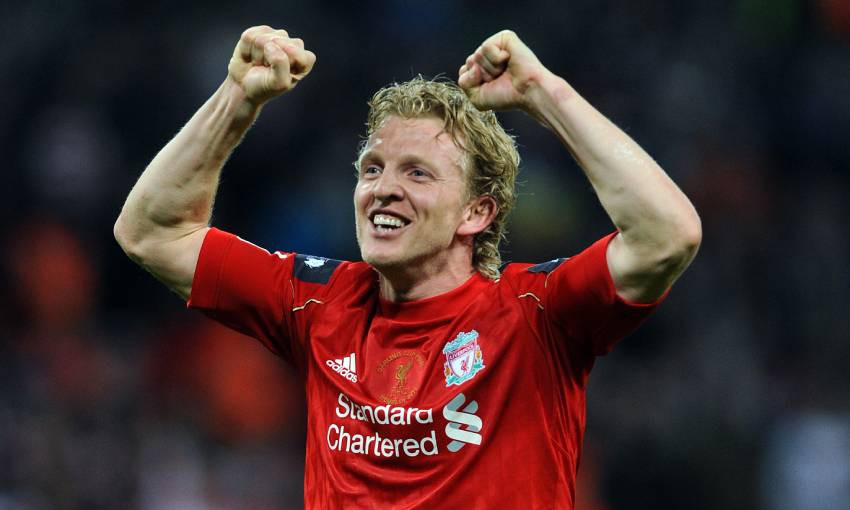 Dirk Kuyt looks ahead to Liverpool’s Carabao Cup semi-final with Arsenal and answers your questions in his latest column on Liverpoolfc.com.

I had six great years at Liverpool and we challenged for many honours in that time. But the League Cup was the only trophy I ever lifted.

We obviously played in the Champions League final in 2007 and finished second in the Premier League a few years later. I was absolutely craving for silverware by the time of my final season at Anfield.

I finally got my hands on some in February 2012. I would've liked to win more but at least I can say I helped add to the club’s honours list.

Beating Cardiff City at Wembley is an occasion I'll never forget. I brought my family and friends to watch that game – they still talk about that day even now, nearly a decade on. These occasions are the ones you remember when you retire. 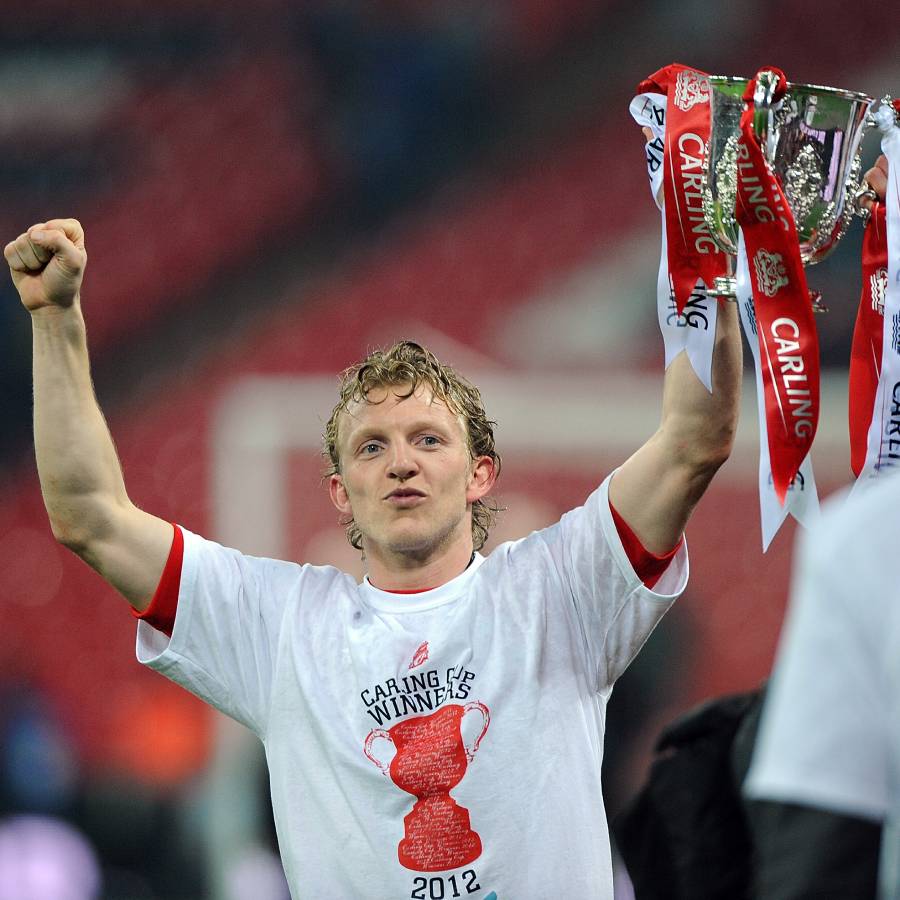 When I arrived at Liverpool in 2006, my first opinion was that the FA Cup was the most important trophy in England, and you saw most managers would give the regulars a rest in the League Cup.

But when you reach the stage where the Wembley final is in sight, it's something you're desperate for. This is how I imagine Jürgen Klopp's side will be feeling as they prepare to face Arsenal in the semi-finals.

These top professionals, they don't only want to win games, they even want to win the games in training sessions. Imagine putting a cup final at Wembley in front of them. Serial winners want to win. Simple as that.

The League Cup is a rare competition in a sense because you can lift the trophy partway through a season, rather than at the end. Winning it can give you a big boost of confidence at an important time in the calendar.

You've been battling for months and months to pick up vital sets of three points, but then comes the chance to add to your medal collection. It's a great opportunity for this Liverpool team, in my opinion.

Of course, they must overcome Mikel Arteta's Arsenal, who I've been impressed with this season.

I know Mikel quite well because he's a close friend of Pepe Reina, who is a close friend of mine. When he was a player at Everton, he lived down the road by me near Strawberry Fields and I saw him off the pitch a fair bit. He's a gentleman. But obviously we had many battles on the pitch during some memorable Merseyside derbies.

From what I've seen of his first few years as a coach, he learned a lot from Pep Guardiola when he was an assistant to him, and I think it says everything that Arsenal gave him the job as a young, inexperienced manager.

Arteta, like Klopp, will know that when you play cup finals or semi-finals, it's always just about the result. Just win. No questions asked.

In two-legged affairs, the first fixture is sometimes a bit more tactical, like with our semi-final against Manchester City in 2012. But anything can happen across the 180 minutes. It’s difficult.

All that matters is that you have the better score after the two games. It's going to be a very interesting watch.

@SimonWilliams81: Do you feel slightly guilty for potentially stopping Luis Suarez scoring one of the all-time great Premier League goals when you sneaked it in against Manchester United in 2011? 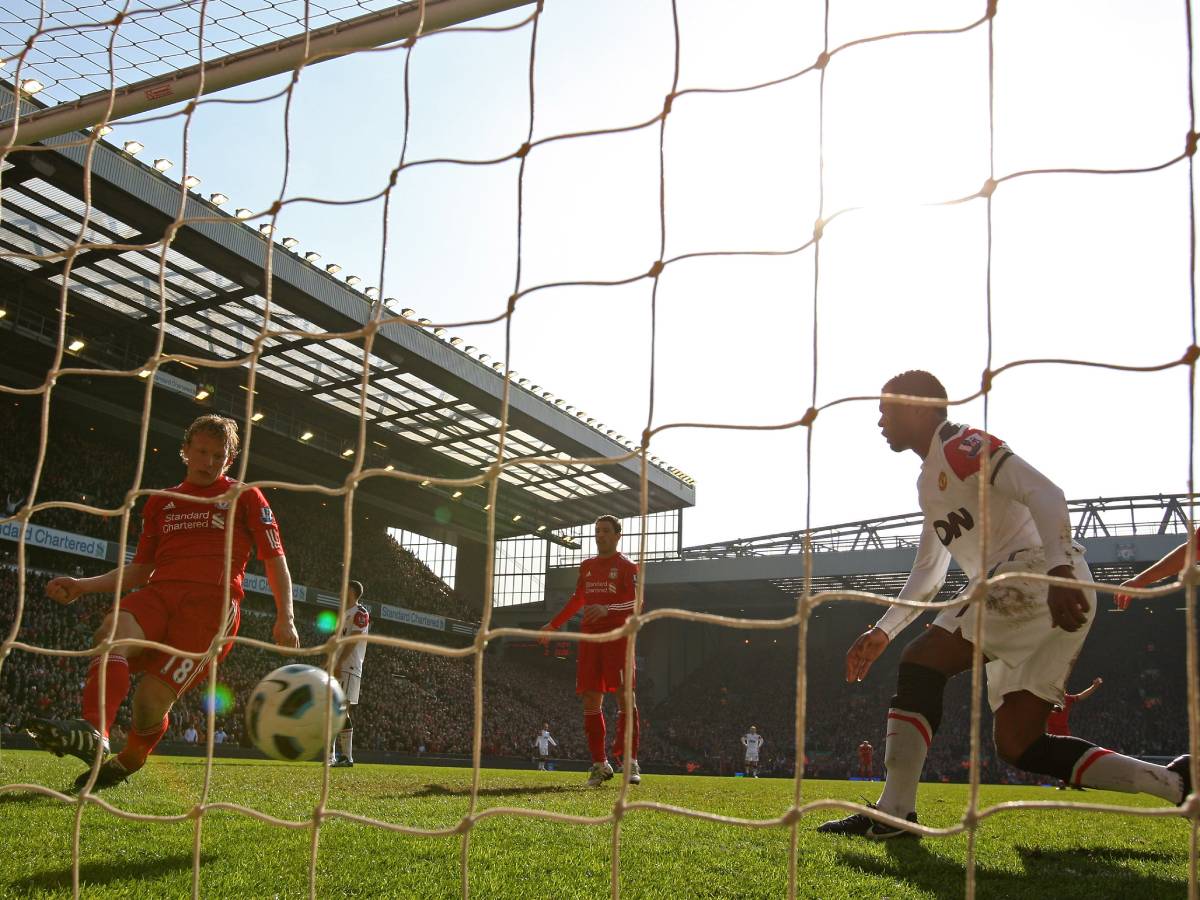 Even if I could turn back time, I would still probably score, because I know now that I'd score a hat-trick at the end of the day. At that moment, I wasn't sure if someone was behind me, I wasn't sure if the ball would go over the line. I would never forgive myself if I just put my hands up in the air, leave the ball for Suarez to have the goal and somebody just cleared it before the ball went over the line. I was never a player who stole goals and I had a very good relationship with Luis. For me, it was one of Luis' greatest goals but it just had my name on it. I would love to give the goal to him but at the end of the day I wouldn't have scored a hat-trick against Man United, so it's a difficult one. Suarez has got enough goals, enough silverware, so I don't think he blames me!

@brett_m555: Best player you played with at Liverpool that wasn’t Steven Gerrard, Fernando Torres or Suarez?

It was Xabi Alonso. He was a great player. He wasn't the quickest – just like me! – but his passing and his mind was so good. I still remember his shots from the halfway line when he spotted the goalkeeper off his line a bit too much. He was such a great player to play with and it was a huge blow when he decided to go to Real Madrid. But everyone saw he had a great career after Liverpool, he won silverware with Madrid and Bayern Munich. I think he'll become a very good coach in the future, too.

Jamie Carragher got a lot of credit from Liverpool fans but outside I felt he deserved more recognition, especially with the national team. He deserved a better place and more starts. Also Pepe Reina was a very important figure in the team – not only on the pitch as a goalkeeper, but also off it. We had Gerrard, we had Carra, but we also had many Spanish players and he was probably the leader of this Spanish contingent, especially when Rafa Benitez was there.

@sjlfc2005: Why from kick-off do you think Liverpool, for example, send a long diagonal ball from one of the centre-backs out to the wing?

Back in my day, Liverpool always started with a high tempo, especially at home. You know when you play at Anfield the crowd is going to be behind the team straight away. It's very tough for the opponent when you play a long ball to the backline and you're pressing immediately, with the crowd right behind the team. It makes it tricky for the opponent from the first second. I always loved to chase those long balls. It's good for a team to be on and ready from the very first whistle.