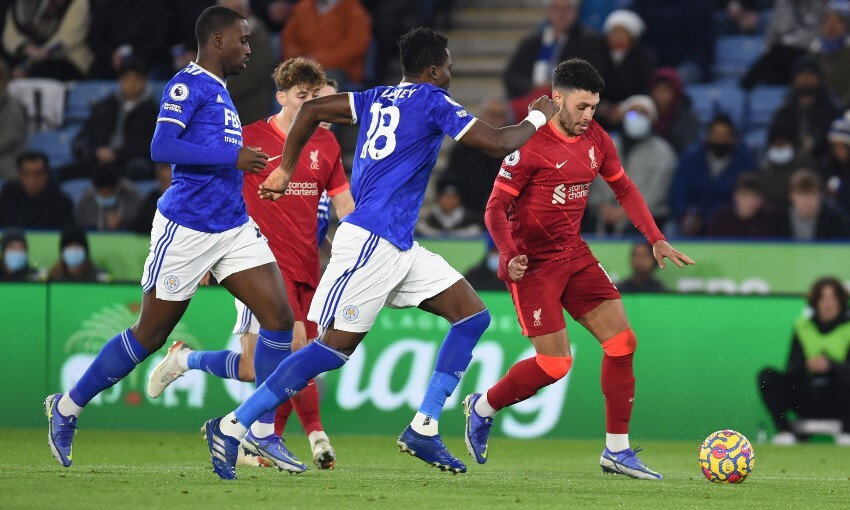 Liverpool suffered a second defeat of the season as they were beaten 1-0 by Leicester City at King Power Stadium on Tuesday evening.

Mohamed Salah was denied from the penalty spot on 16 minutes when his strike was saved by Kasper Schmeichel and the rebound header cannoned against the crossbar.

The Foxes’ goalkeeper then thwarted the Reds on several more occasions before Ademola Lookman came off the bench to drill the home team into the lead just before the hour.

Despite heavy pressure, the Reds were unable to find an equaliser as Leicester held on to condemn the visitors to only a second loss of 2021-22.

Liverpool were able to welcome Virgil van Dijk and Fabinho back into the starting line-up, while Curtis Jones was on the bench, after their recent positive COVID-19 tests ruled them out of the last three fixtures.

Thiago Alcantara and Takumi Minamino were absent from the squad, however, due to minor muscle soreness.

Just six days on from the lively Carabao Cup meeting at Anfield, the opening exchanges at King Power Stadium started equally as energetic.

Liverpool had been afforded longer to prepare given their Boxing Day fixture with Leeds United had been postponed – and it was the visitors who mustered the first threat on four minutes when Salah’s header back across the box from Kostas Tsimikas’ delivery found Diogo Jota. The forward controlled before striking goalwards, but the ball was blocked by Daniel Amartey.

Leicester then offered a threat when Boubakary Soumare scooped over the before from James Maddison’s layoff before Jordan Henderson crashed a volley off target at the other end.

Then, on 14 minutes, the away team were awarded a penalty after Salah was tripped inside the area by Wilfred Ndidi. The Egyptian assumed responsibility but saw his effort saved by Schmeichel and his follow-up header hit the crossbar before the hosts cleared.

The Foxes’ goalkeeper was called into action again when he needed to block a glance from the head of Henderson following a ball into the area from Alex Oxlade-Chamberlain.

Schmeichel also thwarted Jota at close range just prior to the half-hour mark; however, the No.20 was subsequently flagged offside. 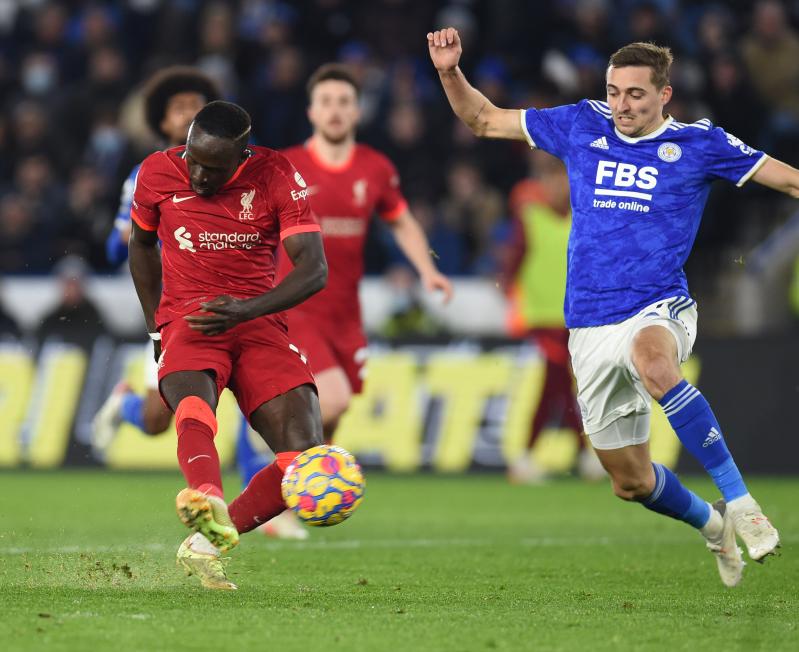 Then, with 32 played, the home team’s stopper got a touch to a swivel-and-blast from Salah after the ball had broken to him inside the six-yard box.

Leicester would next fashion their best opportunity so far when Jamie Vardy and Timothy Castagne exchanged passes inside the area, though the former’s poke goalwards was blocked by Joel Matip.

Trent Alexander-Arnold was next required to clear from in front of the line from a Maddison ball across the face of goal, but a Henderson snap-volley up the other end of the pitch just evaded the frame of the goal by a foot.

And in one minute of added time, Jota swiped wide from a loose ball inside the area as the sides went in level at the break.

Liverpool set about inspecting their hosts’ defence once again immediately after the restart – though Tsimikas needed to make a vital intervention to prevent Vardy reaching Kiernan Dewsbury-Hall’s delivery into the box.

On 55 minutes, the visitors spurned another opportunity when Sadio Mane scooped over from Jota’s through ball when facing Schmeichel.

Naby Keita was introduced from the bench in the aftermath, replacing Oxlade-Chamberlain.

Leicester also made changes – and it was one of their substitutes who opened the scoring within three minutes of entering the action, with Lookman charging into the area, side-stepping a Matip challenge and drilling beyond Alisson Becker at the near post.

As the Reds pushed in search of equaliser in the game’s final stages, Salah sliced over from an Alexander-Arnold free-kick and Jota glanced wide following a Tsimikas corner.

Van Dijk was then denied by Schmeichel’s boot at his near post as he fired goalwards at another set-piece before Mane nodded down and wide soon after as Leicester held firm.