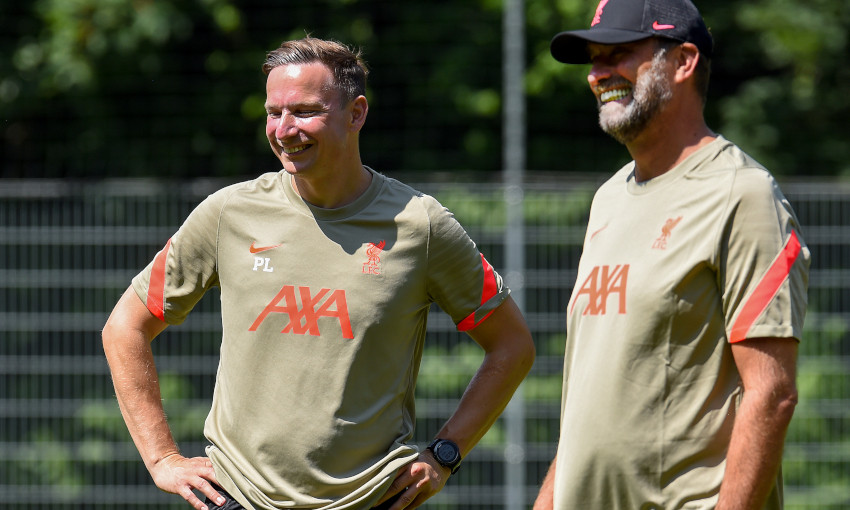 In the concluding instalment of his diary from Liverpool's pre-season camp, Pepijn Lijnders looks back on the key themes and successes of the squad's four weeks in Austria and France.

Today is my final entry in my training camp diary as we prepare to head home to Liverpool.

I want to start by saying a huge thanks to everyone for the support and reactions throughout all of these articles. The reason I agreed to do it was because it was something for you guys, the fans, and hopefully I gave a little bit more insight into our plans and how we lived and worked together during these weeks out in Austria and France.

These four weeks have been outstanding. And I think we needed it, to be honest, being together for all this time.

It went by quickly, but I enjoyed each minute. A squad like this is a manager’s and coach’s dream. As Jürgen often says, a pre-season is to create a base, get in the best shape possible and create team spirit. The time was especially good for that and we achieved it. We use it to work on our football; Jürgen calls it a trampoline for the season.

You saw against Bologna that our ideas are coming to life. Some of the ‘new’ aspects are transforming this team, you see it growing, but only when there is consistency do these ideas become reliable.

Four weeks, double sessions, repeating the same message. Our main players absorbed the info, the training, they showed so much will to improve. These points are not rocket science but important details. Search to improve a little!

We have huge respect for our players for how they’ve dealt with these four weeks of intense training. There is more and more togetherness, the team spirit is growing and all essential elements to win football matches. The aspects we wanted and needed to improve, we did.

It is – and was always – about the team. It comes first. It’s about the collective. It made us who we are. This rule is a non-negotiable one. Within this system anything is possible, but outside of this, nothing is possible. We want players with fire. We want the team to accept that we sign a one-year deal together – what we mean by that is for one year we fight with all we have, all together, for just one target. Become the team no-one wants to play against, the team who is able to beat the best team. Nothing more, nothing less.

With a longer pre-season we can draw a line after last season. A restart. A new deal, to give everything we have with everyone who is with us. We like the challenge. That’s why we welcome Ibou into our team as we have – because he is one of ours now. Our medical department has to work, our sport science department has to work, our coaching has to work. This challenge is what turns a good season into a top season, this is where we can beat ourselves.

One of our ideas, for example, was to improve the delivery in our set-pieces. Direct free-kicks, wide free-kicks, penalties and corners. We met Niklas and Patrick from Neuro11 three years ago. We wanted to work together, everything was ready, but the pandemic made it impossible. Jürgen and I really believe in these two guys and their concept. We believe in the stimulus they give. Hopefully we can give consistency to this part. With the away goal rule cancelled there will be, for example, many more penalty shootouts. We saw in the Euros, and indeed in the history of tournaments, that set-pieces decide. It was always like this, and will always stay like this. With Patrick and Niklas, we give a completely new impulse to accuracy training. Will it pay off? I’m hopeful it will.

Let’s put things in perspective. You can’t sign pressing and counter-pressing. You can’t sign togetherness. You can’t sign our anthem or our fans. We are different. We know what we want. It’s about the collective, the spirit between these guys is what will make the difference. We have talent, we have experience, we have a TEAM – this was the message of the manager to the players.

Game by game, weekend by weekend, we try to create a mentality to see the next game as the next final. Ben Fogle was an obvious example in creating a mindset. Creating routines will be easier like this. As in life and in football, routine is what makes people or teams consistent. We worked this pre-season on ‘What do we want to achieve?’ – the how and the why. Jürgen calls our game organised chaos – talent, speed and cheekiness but organised.

In these four weeks we could focus on football, on creating team spirit. The boys were outstanding. Last year we found a reason to re-invent ourselves. That’s a good thing. It’s not about climbing Mount Everest; we did that, is what Jürgen said. It’s about coming back, that was the hard path, we made it in the end to base camp. But we suffered. And this is where we can improve. You learn the most by experiencing highs and lows. We did that. We learned a lot we can use going into this season.

The message in Jürgen’s team meeting on Friday night was one full of belief in each other.

As I write, I am standing here with two big talents straight after this meeting while Fabinho is playing Bobby in table tennis. Kaide’s first game was his highlight of this tour, the second one was even better because there were fans there. He learned his positioning to press. It’s an intensity he’d never felt. The disallowed goal was his worst moment, I’m sure. Kaide is chatting with Trent and Robbo while I’m writing. Our two full-backs are lying on the couch giving advice and talking. Obviously, the young talents didn’t beat them in the table tennis tonight, haha!

The highlight of putting on the shirt again belonged to Harvey. How to react in different situations and compose himself was a lesson learned. The loss to Hertha was not nice for him. 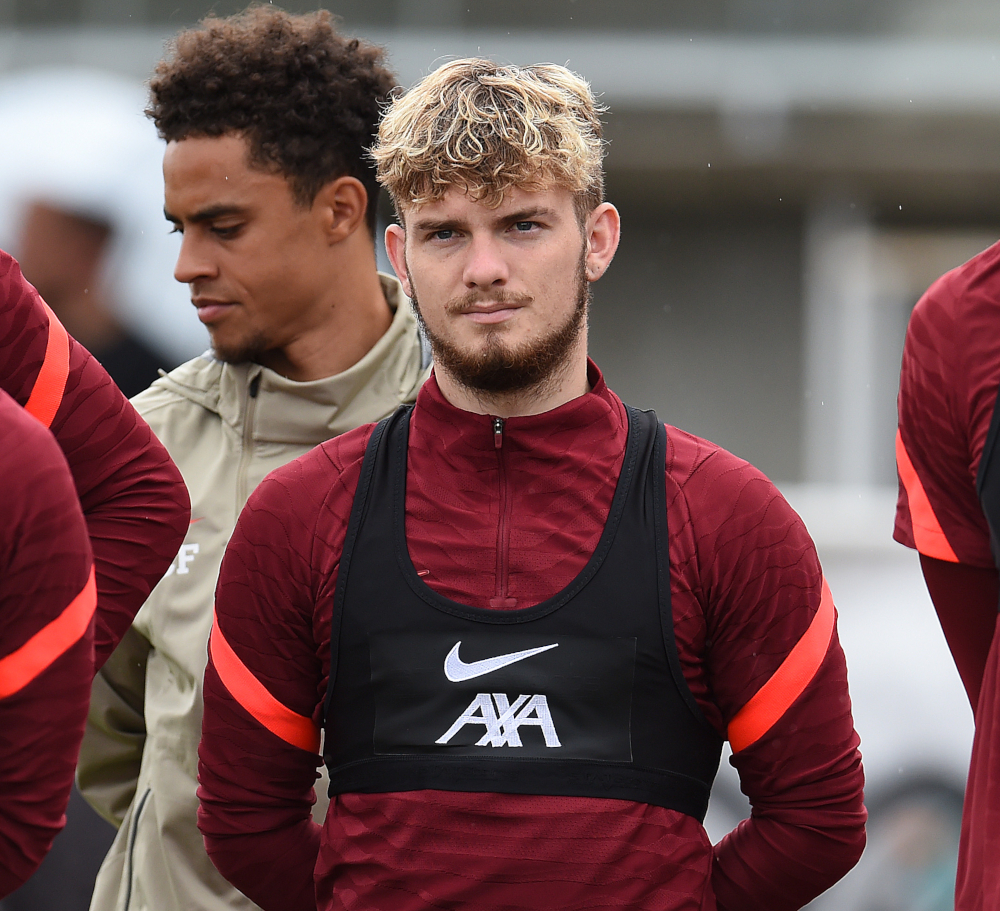 Last one to say on table tennis; congratulations to Ray on winning the most important game of the camp. You are a table tennis lucky wonder. Sometimes the scoreboard lies, unlucky.

So, I will sign off now again and say thank you once again for your support and feedback during these diaries. As I said at the top, I hope they have provided some insight into life in our bubble over the last four weeks.

He doesn’t want me to put this in, but I want to, so I say a big thanks from me to James, who supported, wrote, corrected and took the controversial parts out of these diaries. Haha! You are the best!

And to all the staff who’ve been with us for all or parts of the last four weeks, in all the different areas of the club: thank you. We appreciate what you’re doing and what you’re giving for this team and we’re all very grateful for it. Together strong.

Also, this is the moment to say thanks to all our families, we are nothing without you. You are home, going on with life, while we are away for four weeks. Thanks to you all for the constant support. Hopefully we can quickly organise something for us all together soon.

Because it’s a personal diary, thank you from me to Danielle, Romijn and Benjamin for all the love and support. 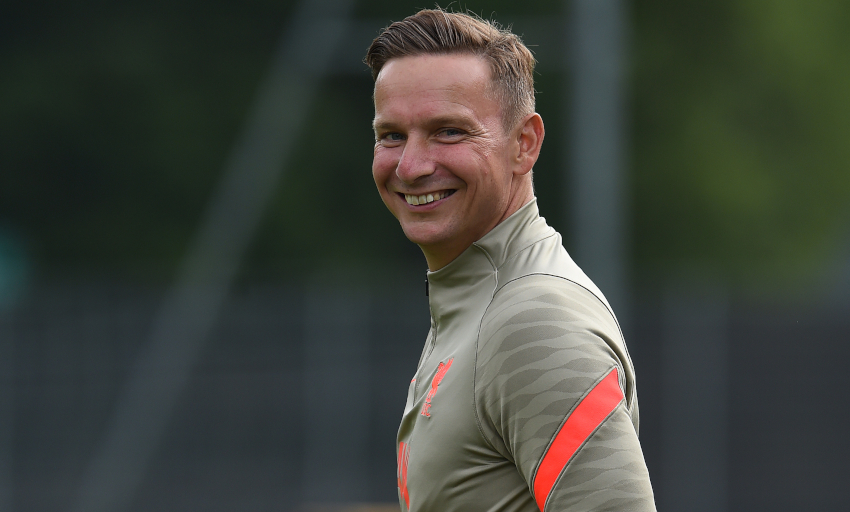 Of course, thanks, love and appreciation again to our supporters from all of us. We’ve missed you and we cannot wait to be back with you.

We’ll see you at Anfield very soon, the stadium no club in the world can sign.