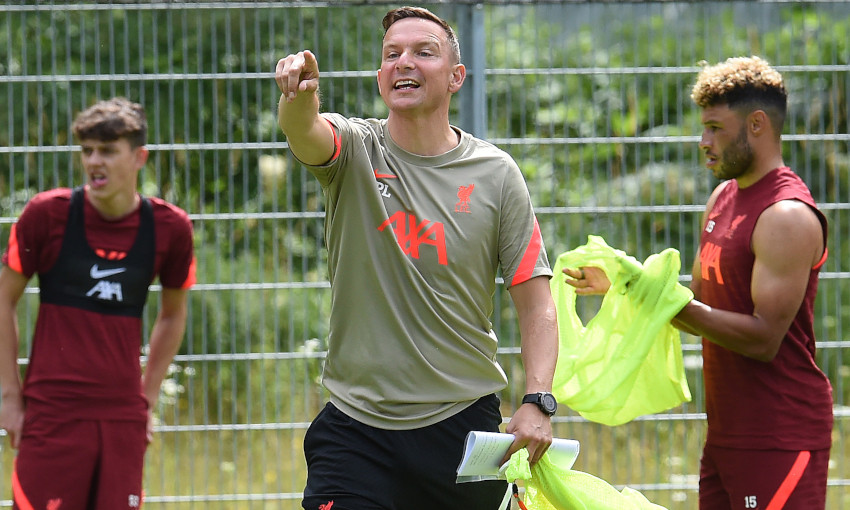 Our training is our fuel, that’s what we believe. That’s how and why we created the team we have. Making the collective better, forcing the individuals to improve. We need full determination of each player to make the next step; we can - and we will - be better again.

The Mainz game was a step in the right direction with more organisation and more discipline. Winning the game was important, keeping the ‘nil’ was important. We wanted to go more in detail and we did, the ‘quick breakaways’ were very good. The moment we played with more speed in our short passes and involving more players, we created chances. Options everywhere and ready to receive everywhere is the target.

It’s a good base working towards Hertha, but we need more determination to be well organised from everyone. We need to be more co-ordinated, especially when we are tired. It’s all about tactical discipline if you want to create ‘help from everywhere’. We are playing against teams who are longer in their pre-season, which makes each game a proper test. But that’s what we wanted: tests. Finals. To show that a little bit defending just doesn’t work.

In the year we became Premier League champions, we only won against Lyon in the last match of pre-season, as well as against Tranmere and Bradford in the first two. In our best phases we had this mentality to see the next game as the final. This is the mentality we want NOW, not tomorrow.

There is a continuous competition between the teams (first half and second half) counting the amount of successful counter-pressing situations and we are improving step by step. In the first 15 minutes against Barcelona, we lost the ball 11 times and won it back 10 times immediately - that’s attacking the game, instead of attacking the goal. In our best games, we reached incredible numbers. It’s a great way to put more context to our pre-season games.

While I’m writing, Vitor and Andreas are taking a session with Robbo, Jota, Conor and Jake. Robbo and Jota look so much alike, there must be a relation between the Scottish and Portuguese a long, long time ago.

By the way, this session looks like the future of football: six coaches and five players. Jürgen and myself are watching from the sidelines, not making it eight versus five, because that wouldn’t be fair on the lads!

Jürgen creates a great mood; it’s early in the morning but he is throwing a few jokes around. Conall is doing a ball-orientated warm-up - we call him the No.12 because when we need an extra player he joins and adds a little bit of Northern Irish determination.

They are ending the session with counter-attacks; the passes are well played in front to keep the right speed but Harvey Davies killed the exercise by making some spectacular saves.

Jürgen shouts from 100 metres, “Love it Harvey!” but Robbo is fuming! Haha! In these counter-attacking drills, when our players don’t score they need to sprint back quickly to the halfway line. Remember one of our coaching principles, the better you play the more you play. The better you finish the less you run. The worse you play the more you run. Natural pressure. I like to make the team fit in this way a lot.

On his arrival yesterday evening, Robbo said he can get five goals this season… after this first session he said he was thinking he might even be able to get seven, maybe!

This afternoon will be some time off for everyone. The boys got treatment this morning and now they can go fishing, play golf, take the bikes or just relax in the spa here. It’s a perfect place to combine hard work, recovery and clearing the head at the right moment, especially as the weather has settled down. As I've said before, when you ask a lot of your players, you need to give a lot as well.

Two weeks have flown past since we began our training camp and tomorrow morning we will travel to our new hotel in Tirol. Millie has found out there is a golf simulator in there, so our vice-captain is happy!

But there’s plenty of work to be done and the hard work continues. We’re looking forward to going to this new hotel, new surroundings and from there making a next step in our pre-season.

Speak to you again soon,
Pep