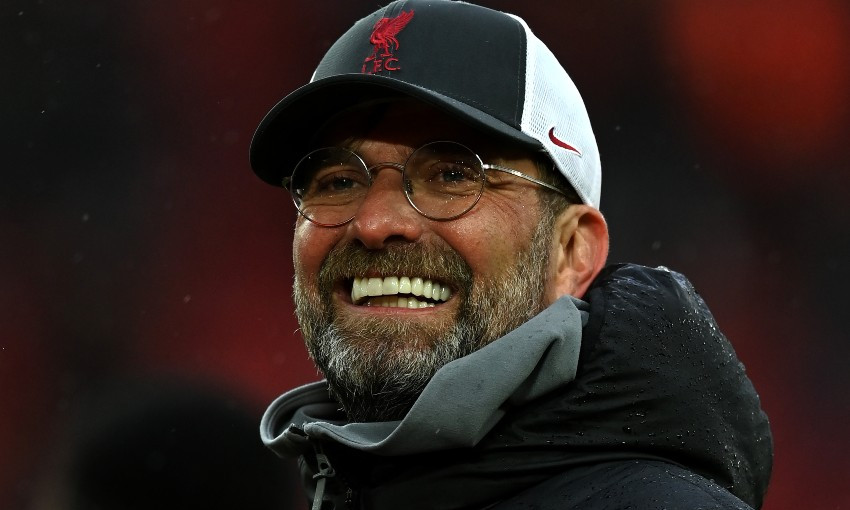 Jürgen Klopp saluted his 'sensational group' of players for their efforts that earned Champions League qualification at the conclusion of a tough season.

Sunday’s 2-0 win over Crystal Palace in front of 10,000 fans at Anfield secured a third-placed finish in the Premier League for Liverpool, who collected an impressive haul of 26 points from their final 10 games of the campaign.

And Klopp told Liverpoolfc.com: “This is a sensational group and that’s the good thing: in all the tough times, there was nothing [of] pointing fingers at others and saying, ‘It’s because of that or because of that.’ We just went through it.

“Yes, it was tough but we went through it and here we are. If you don’t give up you have a proper chance and this was never the year to become champion for us, we had too many problems.

“But who cares? There must be other targets and we are third in this incredibly strong league, that’s insane! That’s the third-best finish we ever had since I am here, so not too bad! I am really happy.”

The boss had, of course, previously labelled his squad ‘mentality monsters’ for their incredible feats in recent years.

“Honestly, I was never self-confident enough this season, even in the last few weeks, to use that phrase,” he said, with a smile.

“I think the boys did an incredible job, but there were not a lot of moments where it felt, really, like that. Eight [wins] out of the last 10 [games], it never felt [like that].

“I said it today before the game to the boys, it’s our fault that it never felt [like that] but it was maybe because it was so hard. We had so many problems.

“As an example, the two centre-halves today got cuts, both get stitched, all fine - but Rhys [Williams] didn’t train since Burnley. So, after Burnley, happy camp, all good… Rhys needs a scan, hamstring. That was the year, pretty much: worrying constantly about something!

“And here we are, finished, in third. I have no words for that, it’s absolutely incredible. I would have never bet a penny on that but here we are.”