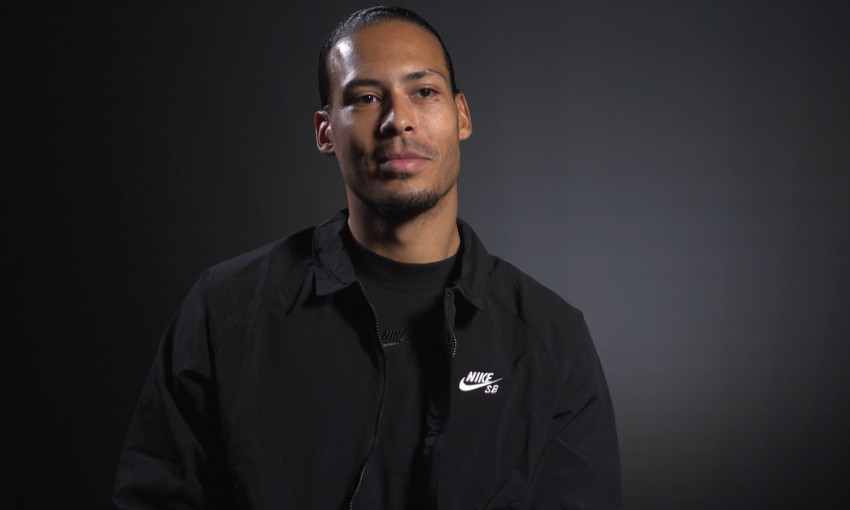 Virgil van Dijk is confident he is well on course to be ready to begin pre-season training with his teammates ahead of 2021-22.

The defender is entering the latter stages of his rehabilitation programme from a knee injury sustained last October, which required surgery and has kept him out of action since.

However, speaking to Liverpoolfc.com in his first interview since the operation, Van Dijk has offered supporters a positive update on his condition as he aims to be ready to join the rest of the squad in beginning preparations for the new campaign in July.

But the 29-year-old also revealed he has taken the difficult decision to not be available for selection for the Netherlands at this summer’s European Championships, instead adopting a longer-term outlook ahead of a potentially huge 18 months for both club and country.

You can watch Van Dijk speak in full for the first time since picking up the injury in our video, or scroll down to read a full transcript.

It’s your first interview in a while, Virgil, so I guess the first place to start is just how are you?

I’m actually quite good; I’m feeling positive and full of energy and I’m obviously working very hard. It’s been a very, very tough journey so far, but I am in a good place right now and I’m progressing nicely.

It’s been seven months since you had surgery. Everyone is so eager to know when you might be able to play for club or country again – what can you tell us about that at this stage?

As you say, seven months ago I got injured and it’s been a very, very long road. I had to take it step by step, as I have done. Things have been going well, I’ve not had a real setback or anything, I’ve just progressed nicely. In this latest stage for myself, I have come to a decision that I had to make: would I be involved in the Euros, yes or no? With everything that is going on, I feel physically it is the right decision that I’ve decided not to go to the Euros and to go into my last phase of rehab during the off-season. So, the full focus will be on pre-season with the club and that’s a realistic goal, so I am looking forward to that. Obviously I am very gutted to miss the Euros, to miss the European Championship and leading out my own country there, but things have been like they have and I have to accept it – we all have to accept it. I think the decision to not go is the right decision in the grand scheme of things. It’s tough, but I’m at peace with it.

On that note, Jürgen has explained several times there’s no rush and it’s about your long-term career. Has that been at the forefront of your mind during this process and this decision?

Yes, definitely. I am not the youngest anymore; I’m obviously not old, but I am quite mature and I know by now what could be a good decision – and I think this decision has definitely been the right one, in my opinion, to give my body and my knee a little bit more extra time to get ready for hopefully a big, big 18 months at least with the club but also with my country because we’re trying to go to the next tournament after this as well and that starts in September. I knew for a fact before all of this – before this decision and in the beginning of my rehab – there would be pressure on myself in this case. Hopefully, everybody wants me to be back as quick as possible, but for me it is to get back as good as possible and the time is not the most important thing. Obviously I want to be back out there, I want to be helping my teammates, helping my country in this case and I obviously want to help the club, but I think it’s the right thing to do to stay a little bit more patient and work even harder during the off-season and get ready. 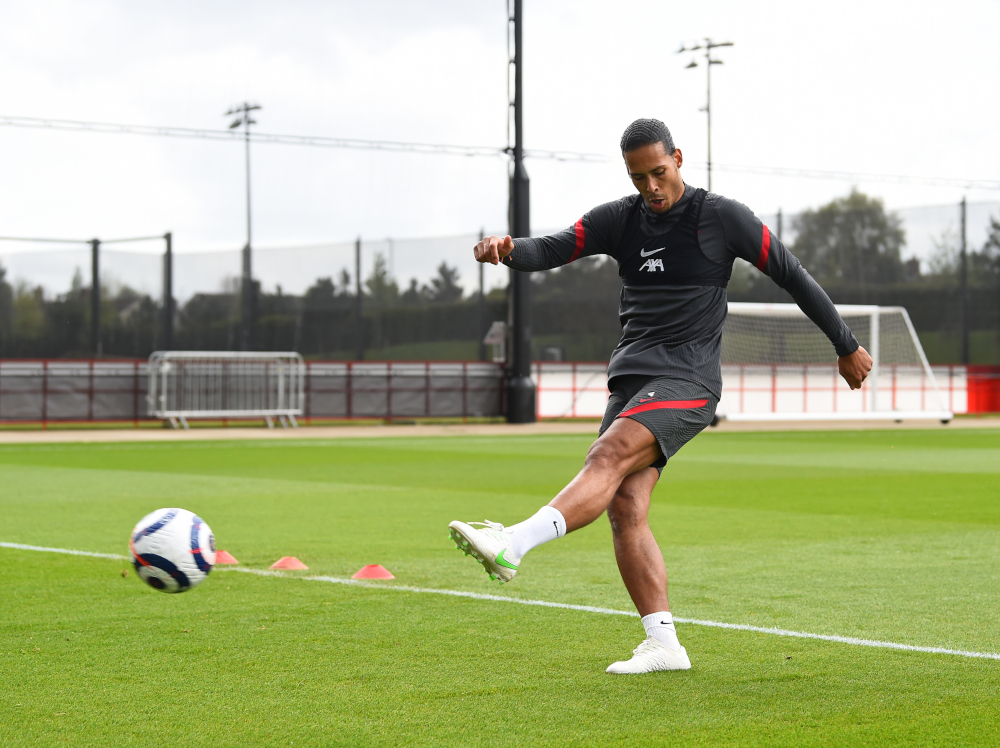 You’re a person who has overcome setbacks before, not only in your career but in your life too. What’s kept you going on this particular journey?

You go through the motions. In the beginning you’re in quite a bad place and at that time, my wife and my kids were massive for me and obviously still are, but especially in the beginning when you’re feeling down, you’re home, you’ve had the surgery, you can’t sleep and all of these things, full of pain… basically my world has just been shut down all of a sudden. So, it was very tough but definitely with the help of my wife and kids, and also my teammates, the manager, my physio, they have all been supportive. If I think back about the messages I’ve received, the support messages from all over the world and also from players I look up to, it has been very helpful and supportive. It has helped me in my rehab so far. At the moment, I am in a very good place, but obviously it has been very, very tough.

The club has obviously been hugely unfortunate with injuries this season, but has having Joe, Joel and other players there with you been helpful during rehab?

Yes, unfortunately we have been hit by a lot of injuries – a lot of injuries for senior players and that obviously doesn’t help. It doesn’t help for us, as a club, and for during the season. But hopefully that will be it for a long time. They definitely help, we help each other in a way. Whether it’s to bring an energy to each other because obviously we are in the gym a lot and we see the same things almost every day, so we try to keep each other motivated, keep each other going. All of us are in our last phase of our rehab, so there is light at the end of the tunnel. We’re all outside running and we see each other getting better, so that all helps. Hopefully from pre-season we can all be fit and work towards a very good season. 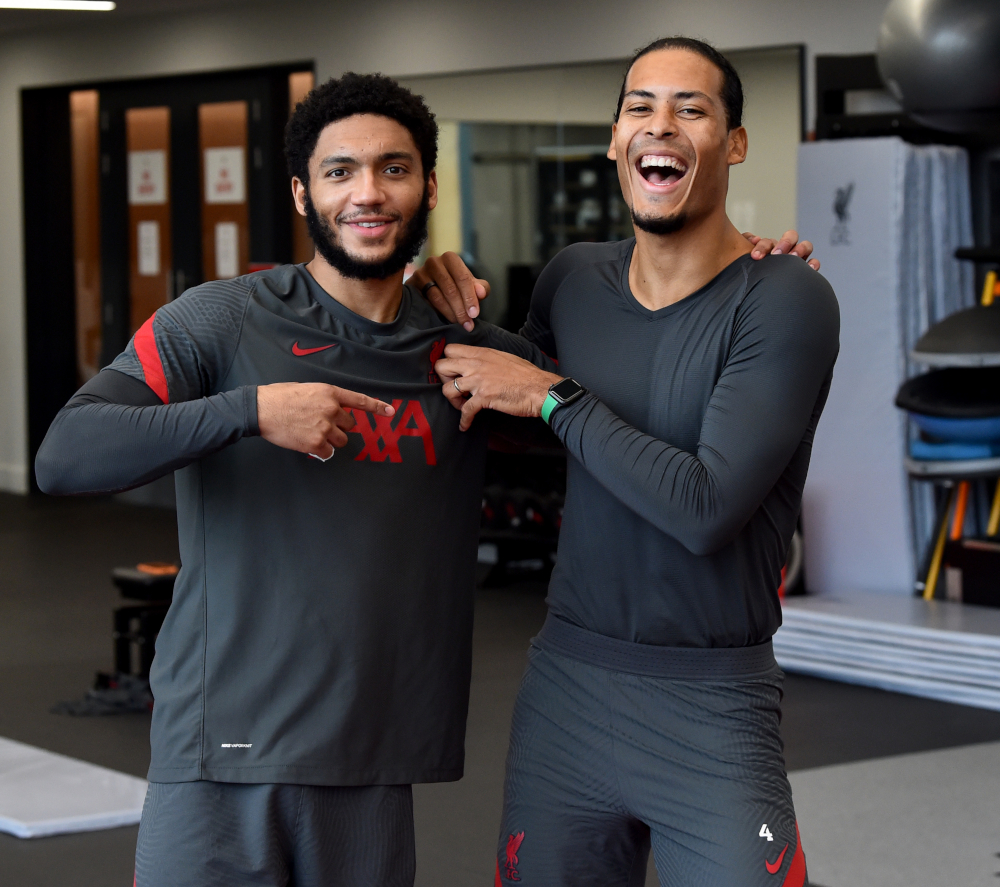 You mentioned them earlier, but the guys in the club’s medical team – how important have they been to you?

It is good to have a good team around you and for me personally I have also been using my own physio and that helps massively because to invest so much in my body treatment-wise is incredibly important. It’s just good that things are progressing well, the surgeon is very happy with everything that is going on and, as I said, the good thing is I’ve not really had a setback so far and hopefully that will not happen. So, I just keep going, keep working hard and getting stronger and hopefully fitter by the day.

We’ve seen a few social media posts over the last few months from you, offering an insight into how you’re progressing. How much has the fans’ response to those meant to you?

It’s been very positive, of course. I can imagine it’s quite exciting to see where I am, but I can’t really show it every day of course. I can only assure [them] that I am on the right way; I am very strong at the moment, I am doing the right things and I can’t wait to be out there with the team again. It looks like I am on schedule to definitely be in pre-season with the boys. I am aiming for that and it looks like it is going to happen, but obviously you never know in football and you never know in life, but I am feeling very positive and ready to go. We’ll see.

You mentioned earlier about the decision not to go to the Euros. What will be your plan over the course of the summer, does the rehab work continue?

Yes, when the season ends it doesn’t really end for me. I will train every day, keep training until pre-season starts. Obviously there will be a couple of days of sort of rest, but I want to be ready and I will do everything that is possible to get ready, which is normal. I am looking forward to it. The sun is going to be shining again, so it makes it a little bit easier. I will keep working and that’s definitely the only thing that I can promise: that I will keep going no matter what. It’s all positive, I am very gutted to not be going to the Euros, but it is the right decision for this time and hopefully for the future as well.

As you said earlier, there’s a big 18 months coming up, for both club and country…

A lot. We all know how the season has gone – and we’re not happy with how it’s gone. It’s been frustrating for all of us, for all the Liverpool fans. With everything that is going on in the world and in the football world as well, personally it has been a very tough year, but I am looking forward to next season. I am looking forward to football hopefully with fans and with Holland, we will try to reach the next tournament and hopefully I can lead the boys there for a historical tournament, but we’re not there yet. It’s going to be a very, very hard but hopefully promising 18 months for club and country.

@LFC Gini W!!! Oh what do I miss seeing fans in the stadiums 😬

Finally, what’s your message to the fans watching this, who are no doubt excited to hear from you for the first time?

That I am doing fine. I am in a good space mentally and physically as well. I put it on Twitter the other day actually, I can’t wait to see fans in the stadiums. You know, if you look at games from years ago, where it was normal to have fans at games, it doesn’t feel as normal as it is. For me to think about next season, with fans, myself to be playing again and hopefully having success with club and country, that’s something to be excited about. I am going to try to reach that, I like challenges and this injury for me has been a massive challenge. I like challenges; I will always be under pressure, but that’s part of it. I will enjoy every bit of it, even more now probably, when I am back out there, but I can’t wait to see all the fans, I can’t wait to see myself out there and hopefully making every fan proud again. That is what I am looking forward to.