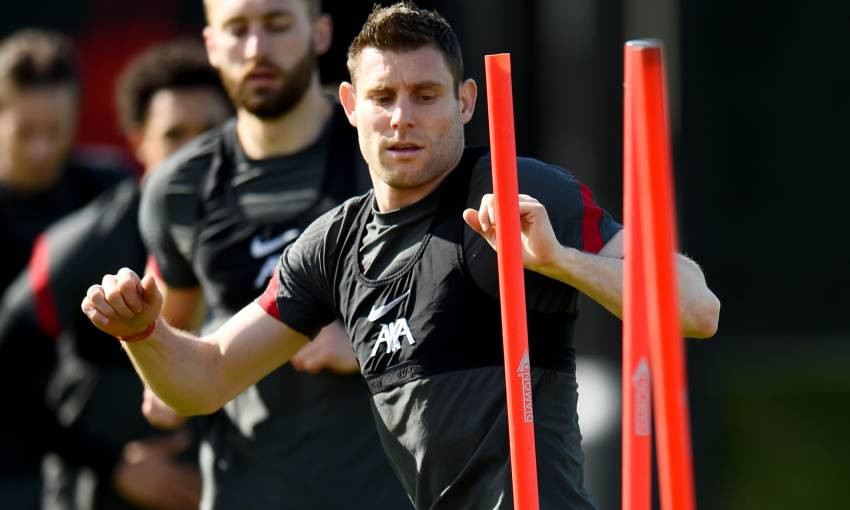 Jürgen Klopp hailed the 'incredibly important' role James Milner plays on and off the pitch for Liverpool.

The 35-year-old midfielder has impressed his manager and supporters alike in his three starts from the Reds' last four fixtures.

Milner will now be hoping to keep up his fine form on Monday night when he travels to Elland Road to take on his boyhood Leeds United.

Proud of the performance from the team, but the result is always king. Now to give everything to be in it again nex… https://t.co/m00cnxcP8L

"He played very good and I think we won the games because he was on the pitch, not despite – I'm very sure about that.

"I think Millie was always around, playing or coming on or whatever when he was fit. There were some really little issues but enough of an issue to rule him out in the last month, but now he's completely fit.

"Hopefully it stays like this and that makes him then an important player on and off the pitch. It's good and I'm really happy to have him."

Milner, now in his sixth season at Anfield, is more than used to having something to fight for at this crucial stage of the season.

"Absolutely important," the boss said. "We have kind of seven finals, if you want. We only know in the end how many points we will need to really make it happen.

"But I said it before: we should not waste time or points or whatever. We really have to go for it. That's the situation we are in.

"The good thing about it, because there are some teams around these spots, they pretty much all have to do that.

"I think maybe two or three weeks ago we had nine points less obviously and it looked like Leicester is away, West Ham, Chelsea all away, are still in a good moment and ahead of us, that's clear.

"But with the three games obviously we could put a little bit of pressure on them and we know we have to carry on with that, we have to keep doing that. Let's see."