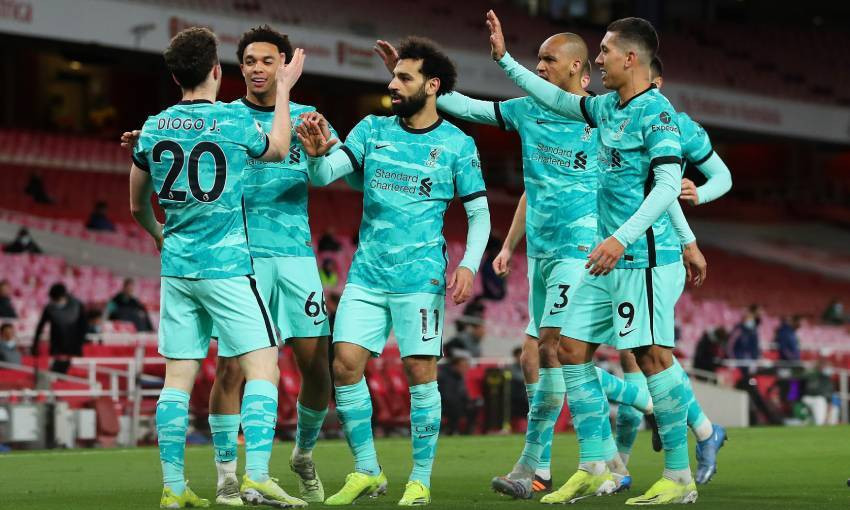 Diogo Jota came off the bench and scored twice as Liverpool recorded a comprehensive 3-0 win over Arsenal.

The Reds were in the ascendancy from the first whistle of Saturday’s contest at Emirates Stadium, but had to wait until midway through the second half to finally take the lead when Jota headed home Trent Alexander-Arnold’s brilliant cross just a few minutes after his introduction.

Mohamed Salah added a quickfire second with a typically clinical finish, before Jota completed the scoring by smashing in a pass from the No.11 from close range late on.

Victory, coupled with Chelsea’s defeat earlier in the day, lifts Jürgen Klopp’s team to within two points of fourth place in the table.

The fit-again Roberto Firmino returned to the starting XI along with James Milner as Klopp made two changes to Liverpool’s side.

Jota and Georginio Wijnaldum were the players to make way, with both named on the bench.

The Reds enjoyed the majority of the possession in a positive opening 15 minutes during which they fashioned three half-chances.

First, Sadio Mane unselfishly - and unsuccessfully - elected to try a deft pass into the path of Firmino instead of shooting after he had rolled Rob Holding and sped towards the penalty area, before Milner and Fabinho each dragged efforts wide from outside the box.

A sustained spell of territorial domination followed as the visitors cranked up the pressure on the Arsenal backline, with Mane again taking the selfless option by seeking out Salah once he’d got in behind Holding via Thomas Partey’s inadvertent glanced header backwards.

Gabriel, though, had read the No.10’s intentions and slid in to divert the ball away from Salah’s run.

Firmino then whistled a drive wide prior to Milner spurning a clear-cut opportunity with 35 minutes on the clock.

Alexander-Arnold picked out the unmarked captain with a cut-back, but his attempt at a sweeping, first-time finish from just inside the area was sent narrowly off-target. 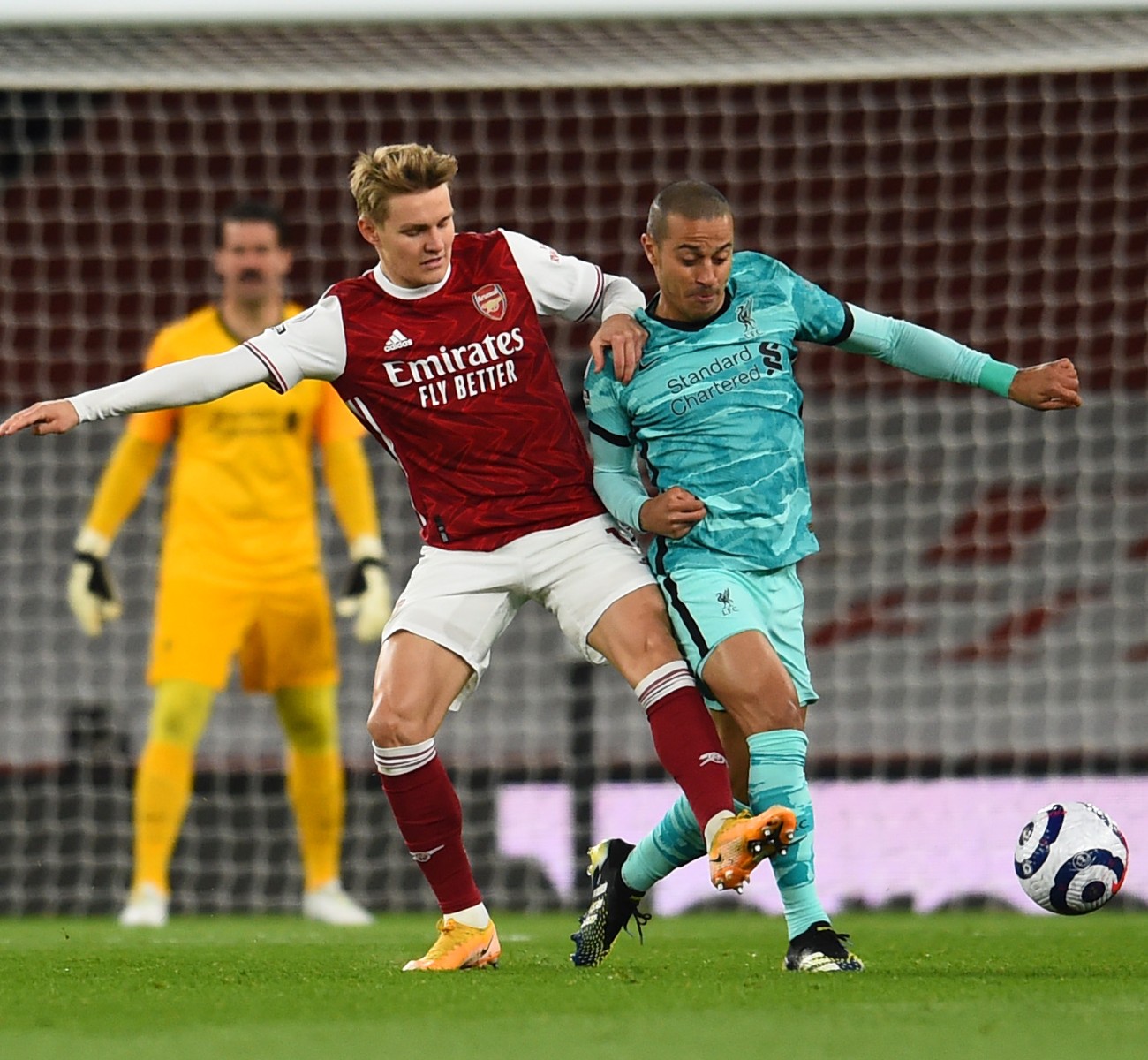 Arsenal were more proactive in the early stages of the second period, but Liverpool remained the more threatening side and their potency was enhanced further when Klopp introduced Jota on the hour.

Andy Robertson was taken off, with Milner redeployed at left-back and Firmino dropping into a deeper attacking role in behind a front three of Jota, Mane and Salah.

It would take Jota a matter of moments to influence the course of the match, as he towered above his marker at the back post and planted a firm header past Bernd Leno from a marvellous Alexander-Arnold delivery.

And, four minutes later, the result was put beyond doubt as Salah ensured the scoreline represented a fairer reflection of the game by marking his 150th Premier League appearance with his 93rd goal.

Fabinho clipped a pass in behind, and the Egyptian shrugged off Gabriel before coolly slotting a finish between Leno’s legs.

Liverpool were not done there, either, as Jota blasted in Salah's ball across the area to round off a hugely impressive all-round performance.