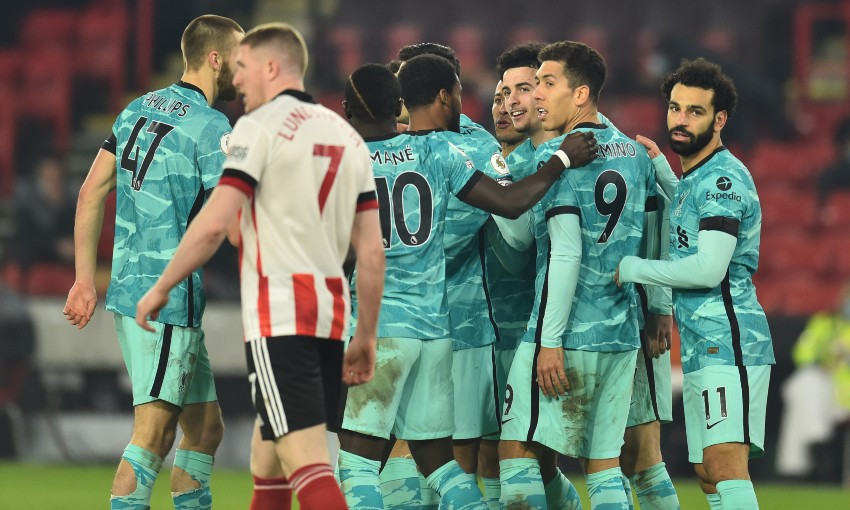 Curtis Jones dedicated his goal against Sheffield United to Alisson and the Becker family.

Alisson missed Sunday’s 2-0 win on compassionate grounds following the tragic death of his father, leading Jones, who opened the scoring at Bramall Lane, to tell Sky Sports: “I think it’s been a difficult time for myself and the rest of the team but I’m happy that I got on the scoresheet and I’d like to take this time to say that this goal is for Ali’s dad, actually. May he rest in peace and if Ali sees this, this is for you, bro.

“He’s a strong lad. He’s a big part of the team, of course. He’s not here today but we miss him for sure and I’d like to take this time and dedicate my goal to him and his dad and the rest of his family.”

Jones’ fine finish arrived three minutes into the second half after a first period during which Blades goalkeeper Aaron Ramsdale had produced five impressive saves to frustrate the Reds.

Kean Bryan’s own goal, which saw the defender deflect Roberto Firmino’s shot in, made it two shortly after the hour to ensure the champions got back to winning ways in the Premier League.

“All in all it was a good team performance and I’m happy that we came away with the three points. We go again,” Jones added.

“We’ve had good games but we haven’t scored as many goals as we would like. But today it was a good example of us putting it all together. It was a good performance, I’m happy that I’ve scored and I’m happy for Bobby and the rest of the team.”