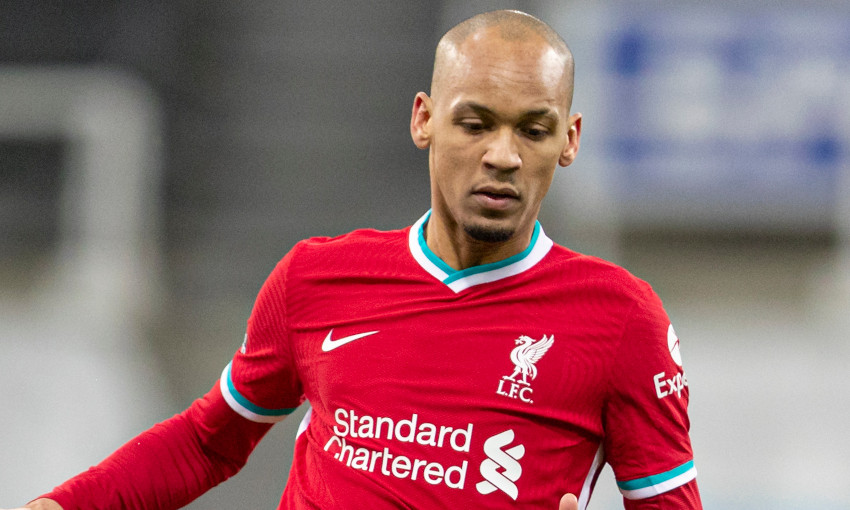 Liverpool will be without Fabinho for Saturday's clash with Everton, but Naby Keita may come into contention for the Merseyside derby.

Having not featured since the victory at Crystal Palace on December 19, Keita has resumed full training at the AXA Training Centre.

However, Fabinho sat out the Reds’ clashes with Leicester City and RB Leipzig due to a muscle issue and will remain sidelined against the Blues.

Jürgen Klopp told his pre-match press conference: “Naby trained yesterday with the team, so we have to see what we make of it.

“Fab was not in training, all the others not as well. Nothing new.

Expanding further on Keita’s fitness, Klopp explained why a measured approach is being taken with his return to action as the midfielder works towards full match sharpness.

The manager added: “Naby could have been in the squad against Leipzig, but it didn’t make sense because he’d only trained two days with the team. So, we said stay at home, train two days of proper training sessions, but unfortunately Naby got ill a little bit and couldn’t train these two days.

“Yesterday we reintegrated him again. I just don’t know, but we don't hold him back or whatever. Of course, after the injuries he had, we don’t want to force him in or something like that, but it would be nice to have him. Is he able to play a few minutes on Saturday? I don’t know. If he’s not, if we speak about it and it’s better to rather not play a few minutes then it is better to stay away from the team and just train proper, proper.