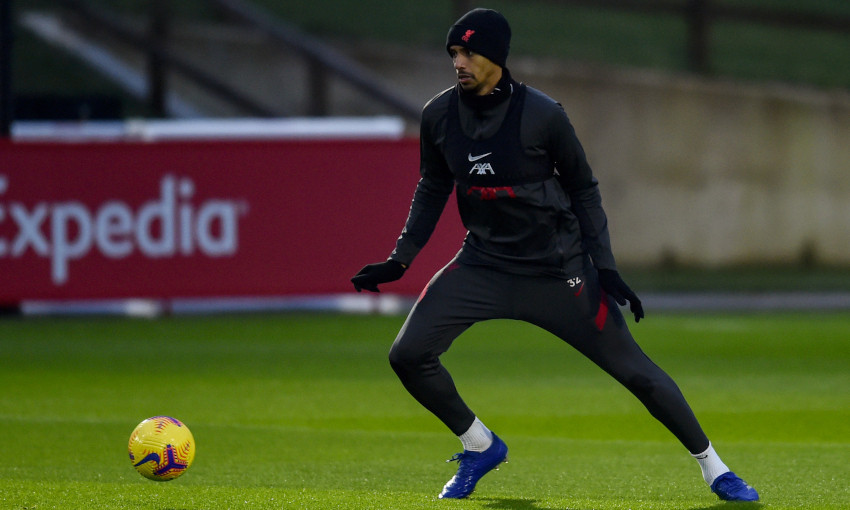 Joel Matip could come into contention for Thursday’s Anfield tie with Burnley, but Diogo Jota remains ‘a few weeks away’ from a return, Jürgen Klopp confirmed.

Matip has resumed full training alongside his teammates at the AXA Training Centre having been absent since the draw with West Bromwich Albion on December 27 due to an adductor injury.

However, Jota’s rehabilitation from a knee issue is likely to continue into February.

Klopp told his pre-match press conference: “So, first and foremost, Joel is in full training.

“Now we have to make a decision and we will see how that will be until tomorrow. Yesterday he trained completely normal.

“Diogo is still a few weeks away, I don’t know exactly how long but it will not be in the next one or two weeks. He needs time, the injury needs time.”

Prior to the injury sustained against FC Midtjylland on December 9, Jota had struck nine goals in 17 appearances this season following his transfer from Wolverhampton Wanderers in September.

Asked whether he ‘missed’ being able to call upon the services of the forward, Klopp replied: “How much I miss a player is not important because when a player is not there it’s not allowed to miss him.

“I never think like that, it is just he is not there and that’s why we have to deal with the situation and that’s what we did.

“We are all happy when hopefully near future he will be back again."