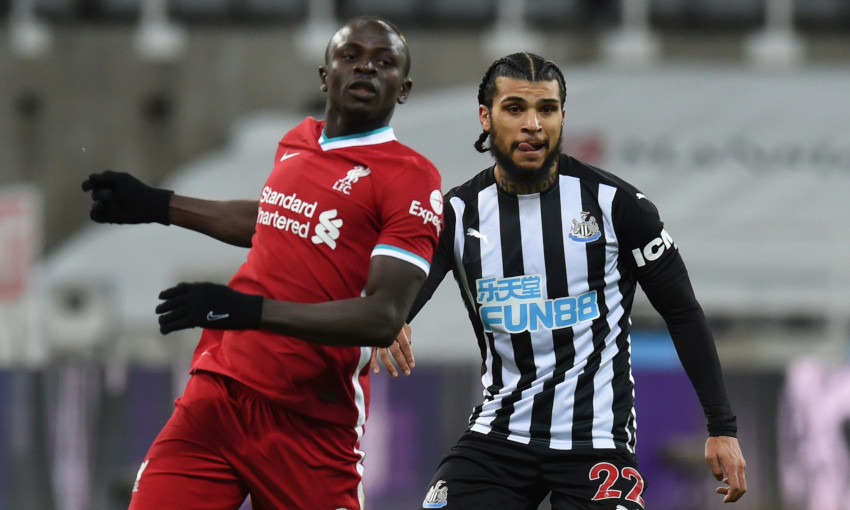 Liverpool head into 2021 with a three-point lead at the top of the Premier League after a goalless draw with Newcastle United on Wednesday night.

The Reds were held for the second successive top-flight match as Mohamed Salah and Roberto Firmino saw their most promising chances stopped by Karl Darlow in the Magpies net.

Thiago Alcantara made his comeback at St. James’ Park, entering the action as a second-half substitute for his first appearance since mid-October.

But a winner did not materialise, though the champions nevertheless conclude their schedule for the calendar year sitting at the summit of the division.

Jürgen Klopp made two changes to his starting XI at St. James’ Park, with one enforced: Nathaniel Phillips replaced the injured Joel Matip in central defence.

James Milner was deployed in midfield against one of his former clubs, with Georginio Wijnaldum dropping to a bench that also included Thiago, who is back after a knee injury. 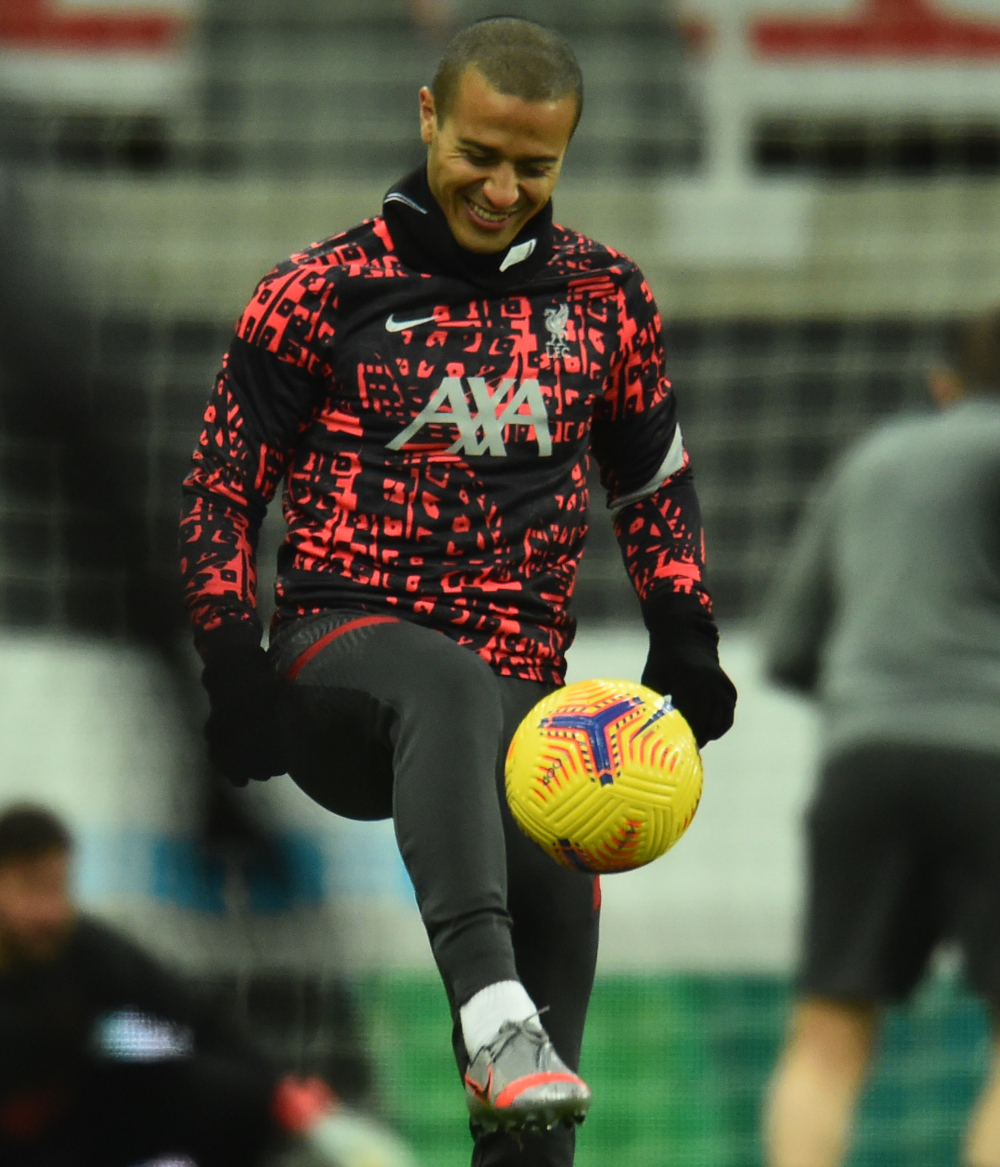 The home side began brightly and carved out the first serious scoring chance on 12 minutes.

Matthew Longstaff’s clipped pass over the top into the left channel invited Callum Wilson to chase past Phillips and line up a close-range shot as he broke into the penalty box.

But Fabinho covered across and the intervention of his foot was perfectly timed and placed to divert the effort away from Alisson Becker and the Liverpool goal.

At the other end, Milner drew a comfortable save from Darlow when he moved onto a loose ball 25 yards out and sent it back with a low, first-time left-footer.

Andy Robertson was able to continue after requiring treatment due to a collision with DeAndre Yedlin and the left-back picked out a free Firmino in the 32nd minute.

His sweeping cross from the flank matched the Brazilian’s surge into the area, only for Firmino’s touch to let him down and allow Newcastle to clear.

The finest opportunity of the opening 45 minutes for the Reds soon came for Salah.

Jordan Henderson arced a lofted pass into the Magpies box for the No.11, who evaded an offside call by a small margin and controlled the ball sufficiently to create a one-on-one situation with Darlow.

Salah tried to thread his finish between the opposition goalkeeper and the left post but was thwarted by the outstretched fingertips of Darlow, which sent the strike wide. 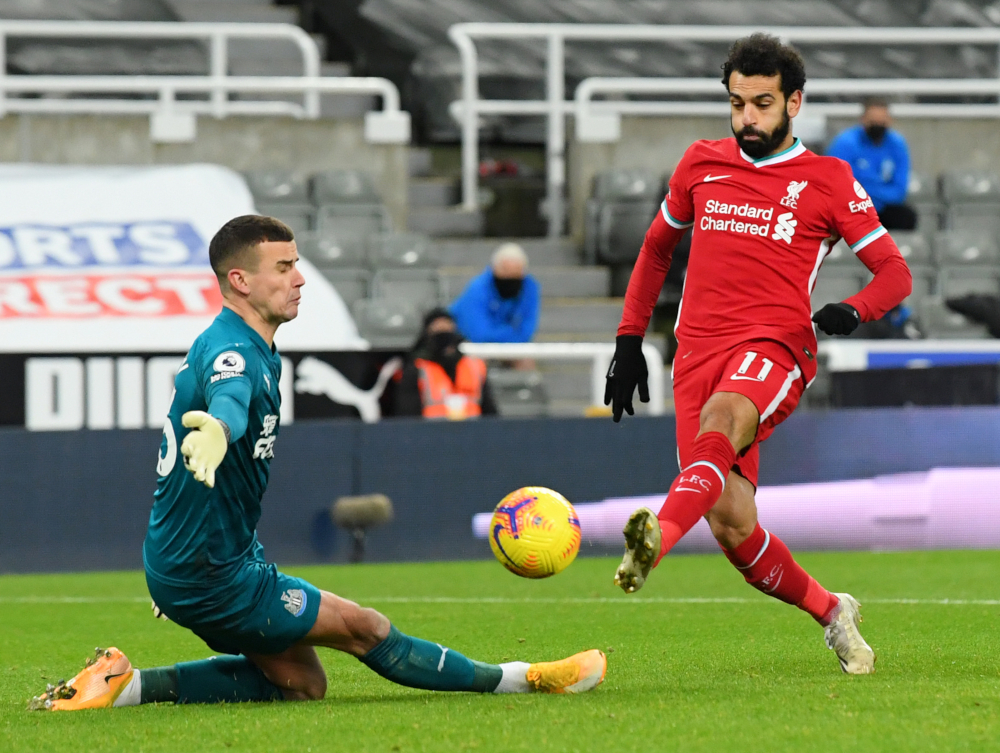 In added time, the hosts’ stopper denied the visitors again, this time repelling a Firmino header from Sadio Mane’s spun delivery into the centre. And so it was stalemate at the break.

Liverpool settled into a dominance of possession as the second half ensued and Mane nodded Trent Alexander-Arnold’s near-post corner narrowly wide when it was nine minutes old.

The hour mark arrived with little suggestion a breakthrough was forthcoming at either end, yet it could have done for the Reds with back-to-back chances midway through the period.

First, industrious work from Firmino around the halfway line preceded a careful pass forward for Salah, in space to the right, to bear down on Darlow.

Having stepped inside a defender, he opened up his body and attempted to shape a shot across the ‘keeper and into the opposite corner, only to guide it the wrong side.

Next, Robertson’s deep, swerving corner from the right sailed over Darlow and reached Firmino at the back post with a sizeable segment of the goal unguarded – but his header drifted wide.

Klopp opted for changes in between those opportunities, with Wijnaldum and then Thiago introduced from the bench in the quest to prise Newcastle open.

Alisson was forced into a vital save as the contest approached its final 10 minutes, the No.1 reacting quickly to push away Ciaran Clark’s header across goal from a free-kick.

Within moments, the home team were indebted to Fabian Schar, who hooked the ball off the line before Mane could tap in after Darlow pawed Alexander-Arnold’s cross against the Reds forward.

The Magpies custodian clawed out another Firmino header in the final minutes – and followed up to prevent a rebound, too – and Liverpool had to settle for a point to sign off 2020.