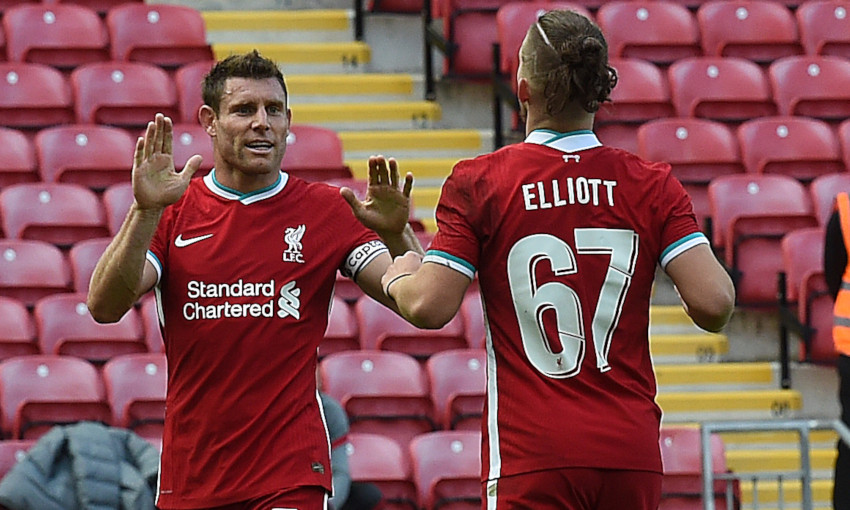 Liverpool came from two goals down to beat Blackpool 7-2 at Anfield in their final pre-season friendly of the summer on Saturday.

The visitors took the lead after a quarter of an hour when CJ Hamilton wriggled away from Billy Koumetio on halfway and ran clear before finishing beyond Alisson Becker.

Jerry Yates doubled their advantage from the penalty spot; however, Joel Matip reduced the deficit when he glanced in just before the break.

The champions then went in front with two goals in as many minutes shortly after the restart. Sadio Mane tapped in after his initial header struck the bar and Roberto Firmino diverted a driven ball from Takumi Minamino into the net with a neat flick.

Now in full control, Harvey Elliott came off the bench to grab his first goal for the club before Minamino converted a fifth.

Divock Origi netted from a Curtis Jones pass and Sepp van den Berg nudged in from yards out after Elliott had returned a corner into the box to complete the scoring at the finale.

Jürgen Klopp named a strong starting line-up for the friendly, which included the return of Matip in defence following an injury layoff.

With the start of the new Premier League season just one week away, Liverpool reacquainted themselves with the Anfield turf with an encounter against Neil Critchley’s side.

Blackpool demonstrated their willingness to seize the opportunity of taking on the champions when the returning Matip was required to produce a last-ditch block to thwart Sullay Kaikai inside the box.

At the other end, Firmino’s precise ball across the six-yard box was cut out by Marvin Ekpiteta to prevent Minamino from tapping in.

Then, with 15 minutes on the Anfield scoreboard, Blackpool took the lead when Hamilton beat Koumetio to a pass and strode through from deep before finishing emphatically.

Liverpool’s response saw Firmino have a goal-bound header blocked and a snap-shot soon after smothered by Chris Maxwell.

The Tangerines’ goalkeeper was next required to keep out a crisply-struck drive from Minamino after Mohamed Salah had rolled the ball off.

However, just after the half-hour, Alisson brought down Hamilton as both players attempted to reach a ball into the left channel of the Reds’ area, resulting in a penalty for Blackpool. Yates duly converted with aplomb.

Naby Keita’s touch-and-shot cannoned back off the base of the post as Liverpool looked to reduce the arrears before the break – and they did get on the scoresheet when Matip looped a header in from James Milner’s deep centre.

Firmino then looked to draw the hosts level in stoppage-time as they countered from a corner, but Yates had tracked back to make the recovery challenge. 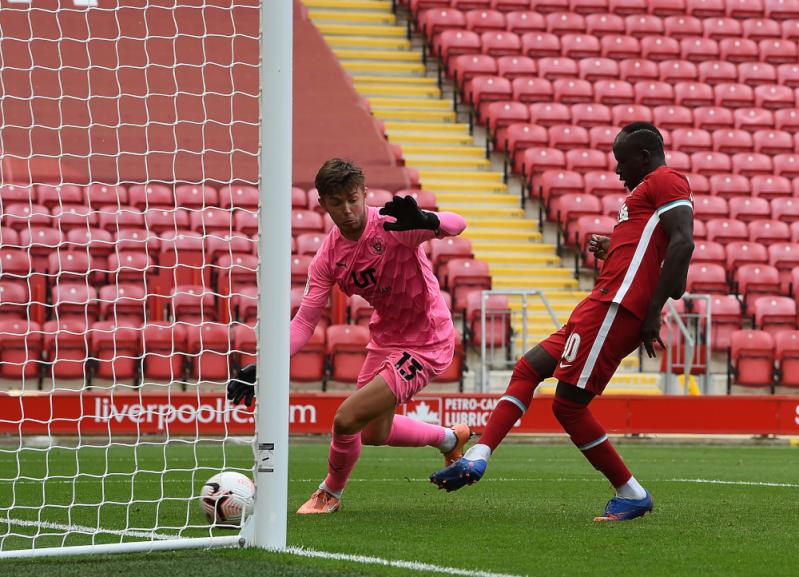 Nat Phillips, Van den Berg and Jones replaced Matip, Koutmetio and Fabinho at half-time – and Liverpool were ahead inside nine minutes.

First, a scramble inside the box saw an attempted clearance strike Mane. Substitute ‘keeper Jack Sims did well to keep it out before Mane instinctively headed the rebound against the crossbar. The No.10 finally made sure, though, when he tapped in.

Then, Minamino’s angled drive across the box was diverted over the line by a deft flick through his legs by Firmino to complete the turnaround.

Blackpool almost mustered an instant riposte, but Grant Ward was stifled by a combination of Phillips and Alisson.

Further changes followed for Klopp’s side – and it was a substitute who grabbed the fourth goal; Elliott latching onto a through-ball from Origi and keeping his composure to steer in on 69 minutes.

A fifth arrived soon after, Minamino sweeping beyond Sims from Firmino’s pass inside the box.

The Reds added further to their goal tally in the final knockings when Origi side-footed in from a Jones ball and Van den Berg prodded over the line via an Elliott cross to complete the scoring.