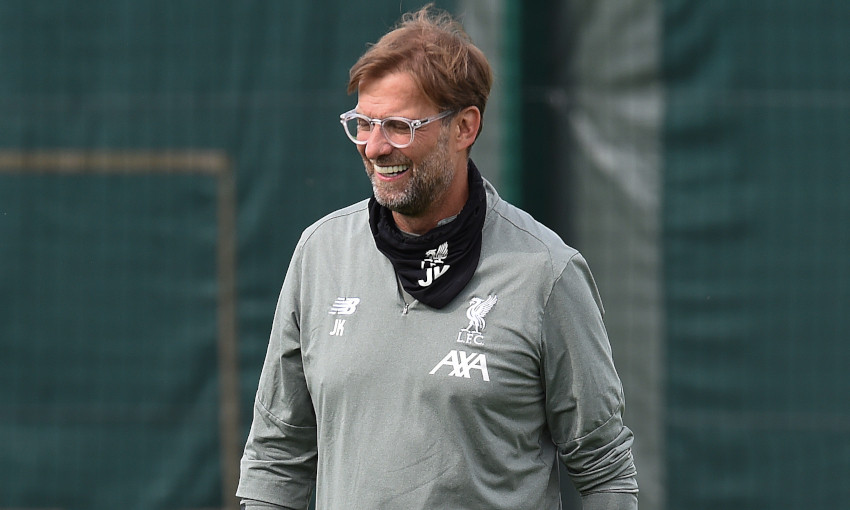 Jürgen Klopp will experience a rare final day of the season without 'all or nothing' pressure but nevertheless expects an intense performance from his side at Newcastle United.

In previous campaigns under the German, Liverpool’s last matches have involved a Europa League final (2016), a must-win league game for a top-four finish (2017) and consecutive Champions League finals (2018 and 2019).

But with the league title already clinched and the trophy now in the Reds’ possession, this year they take on the Magpies with the freedom to simply play for points.

Klopp intends to use ‘fresh legs’ at St. James’ Park to aid that quest for a 32nd win of the Premier League season, he explained in a matchday interview for Liverpoolfc.com’s Match Centre.

“So it’s really difficult and different. But I expect an intense football game anyway because the game is intense, you cannot play football without running a lot and stuff like this. We will see.

“You will hear later with the line-up, I tried to make sure we have fresh legs on the field and that we really can go for it because we love football, because we want to win football games. Honestly, I don’t know exactly what I can expect but I’m excited about it. It will be interesting.”

Klopp continued: “It’s easy for me to find plenty of reasons why you should win a football game. Again, the things around are different, I said that already before the Chelsea game.

“Chelsea played for everything, you saw that, and I wanted to see us fight like we play for everything. And that was exactly the case. The boys were incredible in that game. Something like that I would expect today as well, the boys love football and love hard work. If they put that in, we can be good; if not, then we still have a chance because we don’t know exactly what Newcastle are doing.

“Newcastle played already a while like this, like we do if you want, because they are safe for weeks or months already. They have a good team.

“I know Steve [Bruce] has a few injury problems, I think in defence. But offensively, that’s proper quality. That’s what we prepare for, so that we are really ready.

“I think and I hope we will have the ball the majority of the time, that means protection must be perfect because whatever system they play – and they played pretty much all the systems during the season – there’s one or two strikers they leave up front and that’s quite a challenge for protection. So we have to be spot on.”