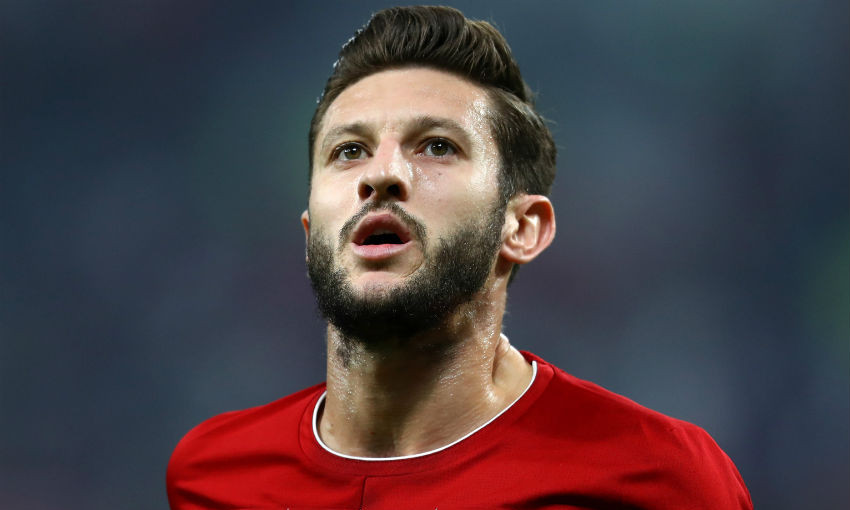 Adam Lallana will be named in Liverpool’s matchday squad for tonight’s final Anfield game of the season against Chelsea, Jürgen Klopp has confirmed.

The No.20 will take his place in the champions’ 20-man selection for the first time since the resumption of the Premier League on the night the Reds will lift the league title trophy.

It will be Lallana’s final appearance as a Liverpool player at Anfield, with the playmaker set to depart the club at the end of the month upon the expiry of his contract after six years on Merseysde.

“He will be in the squad, 100 per cent,” Klopp told Liverpoolfc.com’s Match Centre from the team hotel this afternoon.

“That’s the good thing in my job that I can decide that and it was 100 per cent clear that it will happen tonight.

“I want him to be there in the full kit and feel how important he is and was for us during my five years of being here now.

“Each day together with him was a joy, to be honest. Working together with somebody who loves football that much and throws his heart and soul into each session was new to me.

“Honestly, we have a few players like this – but Adam is exceptional because usually when you are skilled like he is, it’s often the case that you lack a little bit of attitude.

“The mix he brings here is really special.

“He was so important and so that’s why it was 100 per cent clear he would be in the squad tonight and I am happy we can do that.”