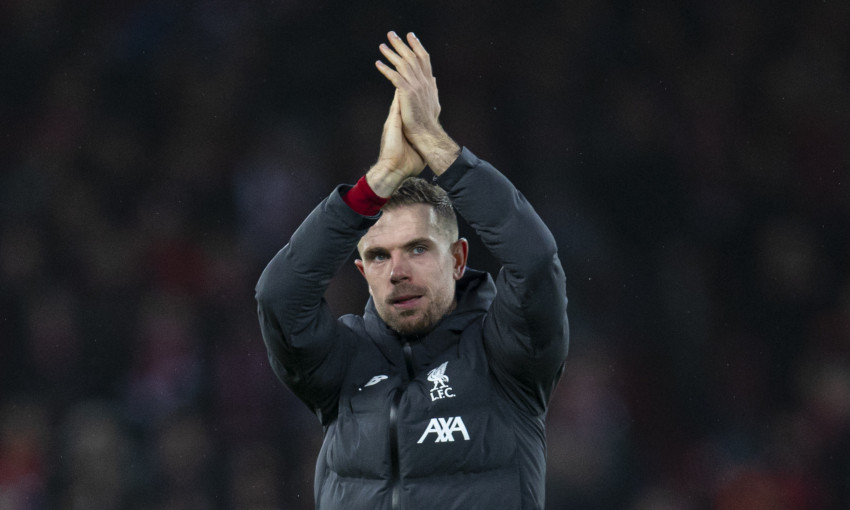 Jordan Henderson sees his responsibility to lift the Premier League trophy on Wednesday night as an opportunity to repay Liverpool fans for their role in the team's title triumph.

With matches currently being played behind closed doors due to the COVID-19 pandemic, Reds must celebrate the end of the club’s 30-year wait for the championship at home.

But after full-time against Chelsea, a special trophy presentation on the Kop will acknowledge supporters’ impact on the team’s success as the players collect the trophy surrounded by fan banners.

And, as the captain explains in his matchday programme notes, Henderson intends to channel the feelings of the fans when he steps up to lift the trophy on their behalf.

In a detailed message ahead of the game, the No.14 has also outlined the crucial contributions of everyone who underpins what the players do on the pitch. 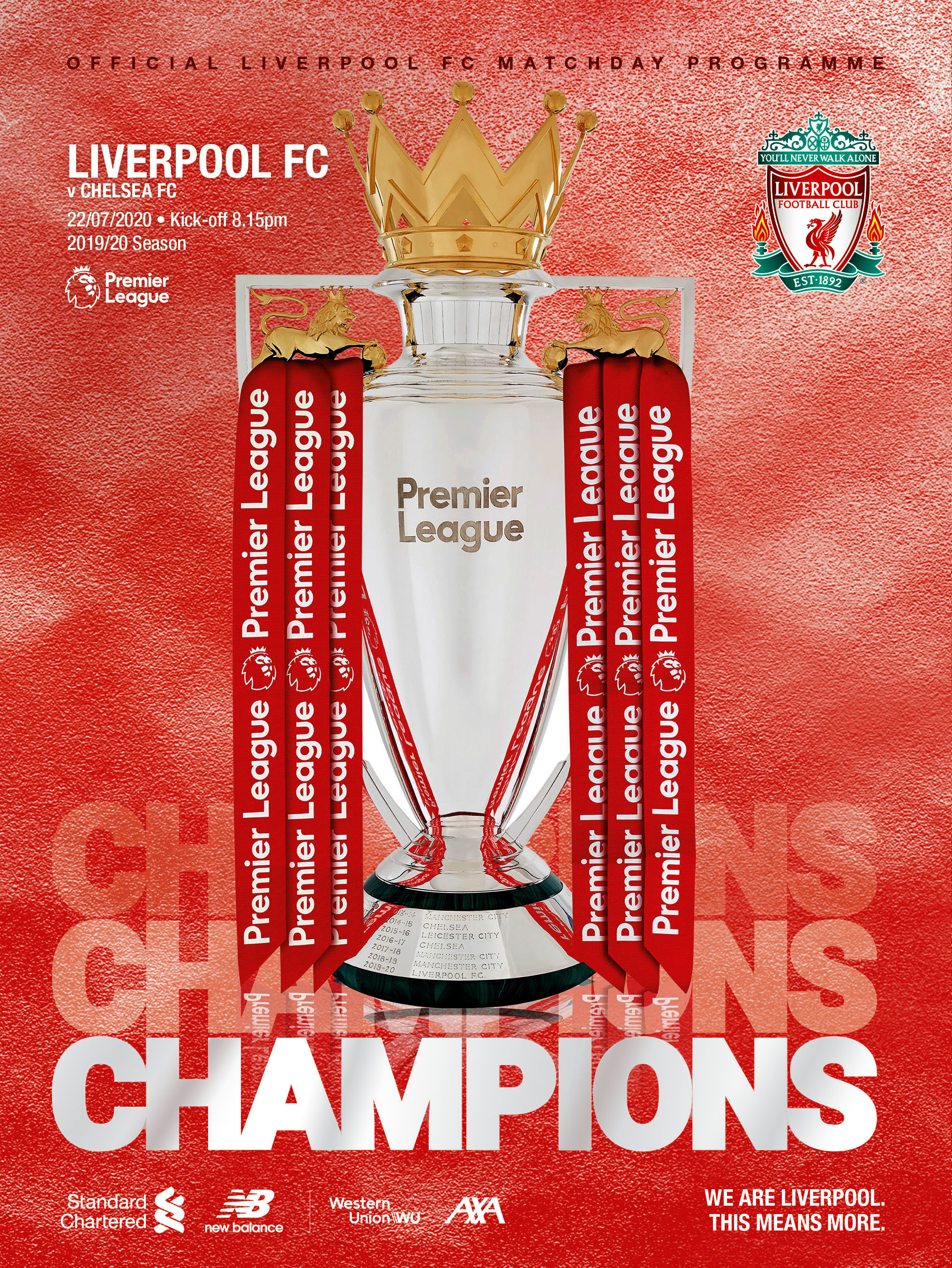 I have been asked many times since we were confirmed as Premier League champions to sum up how I feel and I’m not too proud to admit I don’t think I’ve produced a good answer yet.

Part of that is because the initial feelings were too overwhelming. Anyone watching the media interviews in the minutes after it was confirmed could see that. Another element is that we still had a job to do and a relatively long wait until this moment.

At Liverpool every single player in our dressing room recognises how fortunate we are to have the best in the world looking out for us and after us – and on a night like Wednesday it’s important to express that appreciation.

The supporters, of course, are a huge factor. Without them this club isn’t what it is. Speak to anyone in the world about Liverpool Football Club and the conversation always comes back to the passion and emotion around the club – and that’s entirely down to our fans. This is an emotional club and we shouldn’t shy away from that fact. It brings pressures, yes, but it means everything we do together means more – in good times and bad.

It’s gutting for all of us that our fans are not with us in person, but we can still make this one of the most enjoyable shared experiences we’ve ever had if we want it to be.

If anyone reads this column or these words prior to the evening of the match, I cannot say clearly enough it is critically important you stay away from Anfield and enjoy celebrating with us in your own way, at home. The city of Liverpool has been hit hard by COVID-19 and it’s important we support our healthcare heroes – the emergency services and key workers – by listening to the advice and staying away from gatherings which aren’t safe.

I promise you: we will feel you with us when we lift that trophy, even though you’re not at Anfield in person. We are lifting it for you – you’ve driven us to achieving this dream. But this club’s values are about taking care of each other and that means supporting us from home and in safe environments.

Aside from the fans, the other support network we have is the staff who work for this club, specifically the guys at Melwood but also those we don’t get to see as often. A club as big as Liverpool can only operate successfully if every employee performs to their highest level. That’s what we have here, off the pitch as much as on.

At Anfield, Chapel Street, the shops, LFC Foundation, community work and other club locations, we have hundreds upon hundreds of staff who go above and beyond to make LFC successful and so support what we do on the pitch. If the club is poorly run, the team has no chance.

Unfortunately, circumstance means we don’t get to meet everyone we can proudly call colleagues – but it doesn’t mean we don’t know about the contribution and recognise the significance of it.

The staff at Melwood, of course, we do know personally – and on behalf of all the players I want to take this chance to tell them they mean everything to us. I think I have the best workplace in the country and the rest of the players say the same thing.

Each day we are looked after by world-class professionals who create a culture and environment where players can thrive. Whether it’s the coaches, the medical team, fitness staff, the nutrition experts and chefs, the ground staff, the administration people or security... they dedicate their careers to make our team the best it can be.

It is no exaggeration to say that without these people the team would not be what it is. Without them Melwood would feel different and not give us the same energy. I hope everyone there knows how important they are to us and realise this title is as much for them as anyone.

If Melwood is our ‘home’ from a work perspective, then the impact of our actual families is something that each and every player will want to acknowledge after we pick up the trophy.

Of course, the rewards we get as professional footballers means that everyone in our family circle benefits, but what often isn’t seen or reported is the sacrifices made on this journey by the people closest to us.

I can speak from personal experience that without my immediate family, I wouldn’t be where I am today. Without their love and support, their understanding, their patience. They see you at your lowest and most insecure and they carry you on their shoulders. Each player in our squad would tell you the same, I’m sure, about their nearest and dearest.

I’ve been very lucky in my life with things that have happened to me, but without doubt the biggest blessing is my family. None of this would matter if I couldn’t share it with them and dedicate it to them.

When we win something, the players lift the trophy – but it is the families who lift the players. These moments are just as much about them in our eyes.

And finally, this team. What can I say about this team and our manager? I said my overriding feeling on summing up this season and becoming champions of England was gratitude. And my appreciation for my teammates and the gaffer could not be higher. 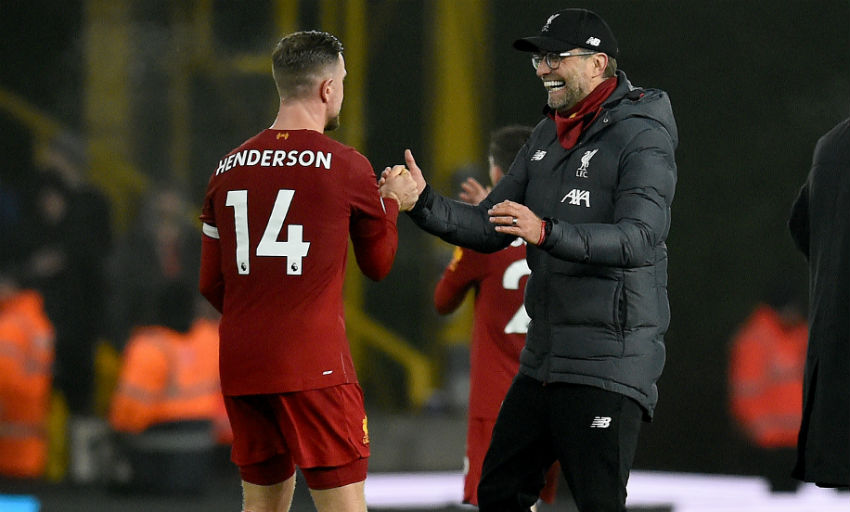 It’s no secret what this squad thinks of Jürgen Klopp. If you think as supporters you appreciate what he has done for this club, you can multiply that by a hundred for the team. He is our leader – he has set the tone for all of this from the day we walked in.

As I have said previously, and as the manager has said himself, he took over from great foundations laid by Sir Kenny and Brendan, and from players like Stevie. But he, more than anyone in my eyes, is the reason we are here now about to collect this club’s first league title in 30 years.

For the players... the lads I share a dressing room with and battle alongside on the pitch. I can honestly say I view each and every one of them as family. I know they’d do anything for me, and I would do anything for them. That’s what we have and we all know we are so fortunate to have it.

Being a very good football team that wins is nice. Being a team of brothers who wins is something else. But people do move on and have new challenges to face and enjoy. We will be saying goodbye to two massively important players this summer and both leave with our thanks for what they have done.

Nathaniel Clyne remains one of the best full-backs in England for me and I know wherever he goes next will have won the lottery to get a player of his talent. We all wish him well. 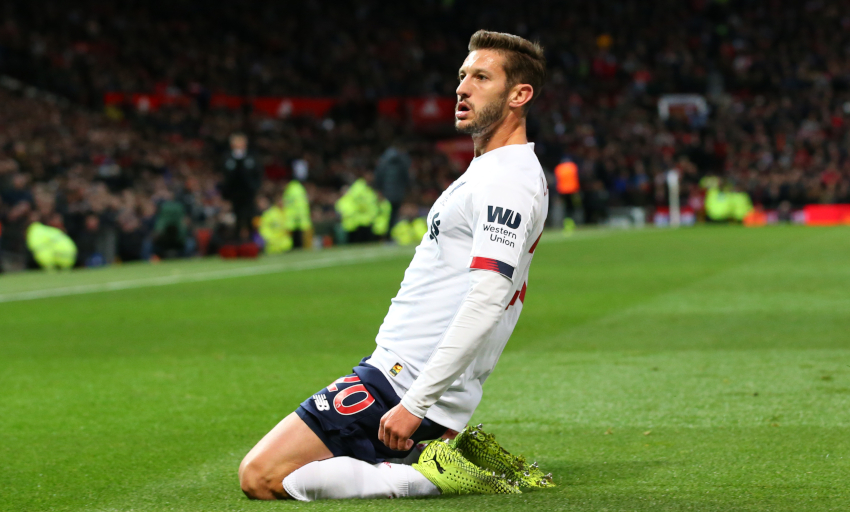 Adam Lallana set standards that the rest of us worked to reach and as a result this team and club drove forward. No-one will miss him more than me. But I know he still has many years left at the highest level, so we will get to see him again, albeit ‘ratting’ against us and causing us all sorts of problems with his ability and energy.

So to finish, when the trophy is lifted everyone I’ve mentioned will be there with us on that podium, if not in person, then at least in spirit and mind. Their hands will be on the trophy as well. Our supporters, the staff, our families and our team.

The best things are achieved together. This is a collective achievement and one we should all cherish and enjoy.

Thank you all for everything.