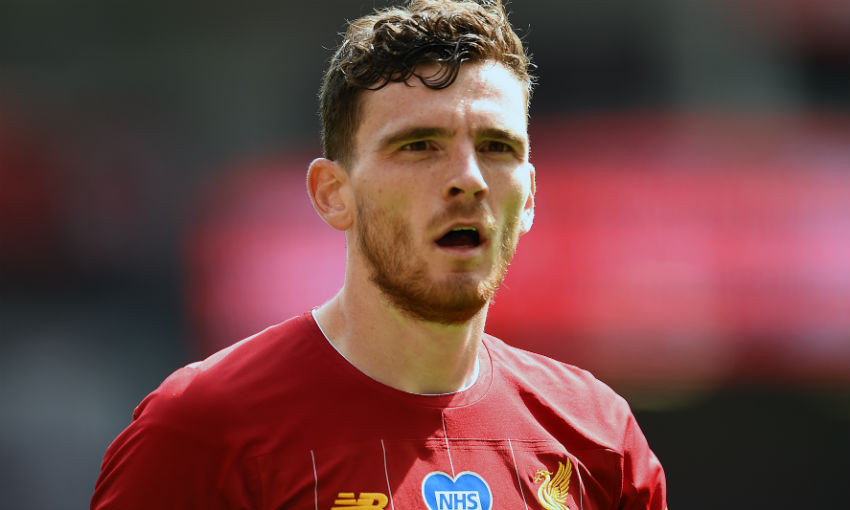 The Reds journey to Emirates Stadium on the back of a 1-1 draw with Burnley – their first dropped points at Anfield in the top flight this term – last Saturday.

They are set to face a Gunners side who will be aiming to show their own response after suffering defeat in the north London derby against Tottenham Hotspur.

With the title already wrapped up for Jürgen Klopp’s team, a record Premier League points total is still within reach if they can win each of their three remaining fixtures.

For Robertson, those elements make the clash in the capital an occasion to relish; one in which Liverpool must exhibit their championship-winning qualities.

“Not getting a result in the derby is always tough, you always feel it a wee bit more and they will certainly feel that with Tottenham coming from behind and getting the win and taking over them in the table and stuff, so they will be looking to bounce back,” the left-back told Liverpoolfc.com.

“But obviously we’ll be looking to stamp our authority on the game. We want to go there and show why we are champions and put on a good performance and get the win that we want as well, and that we need.

“So, we are looking forward to a tough game. Obviously they are fighting for European football so they have a lot to play for, but the desire to win the game will be there for both teams and it’s about who comes out on top. Hopefully it will be us.

“Hopefully our quality shines through and we can get the three points that we want and we need, and then we move on to the Chelsea game.

“The last three games that we’ve got are really tough ones and we look forward to the challenge of all three of them and hopefully we can get maximum points.”

Robertson registered his second Premier League goal of the campaign at the weekend with an exquisite header to open the scoring against Burnley.

But the visitors claimed a point courtesy of a second-half equaliser, and the Liverpool No.26 explained why a quick return to winning ways has further importance.

He added: “It’s all about us trying to carry the momentum into next season now.

“I think everyone knows we don’t have a long break between the two seasons so it’s important to try to keep that winning mentality going and taking that into next season.”

After deputising for Robertson in the Reds XI at Brighton & Hove Albion, 19-year-old Neco Williams switched to the right-hand side of Klopp’s defence against Burnley.

It was a 10th first-team appearance of the season for Williams, who has broken into the senior squad thanks to his confident showings over the course of the campaign.

Those opportunities have been a deserved reward, according to Robertson, and the Scotland captain expects his younger teammate to make even more strides next term. 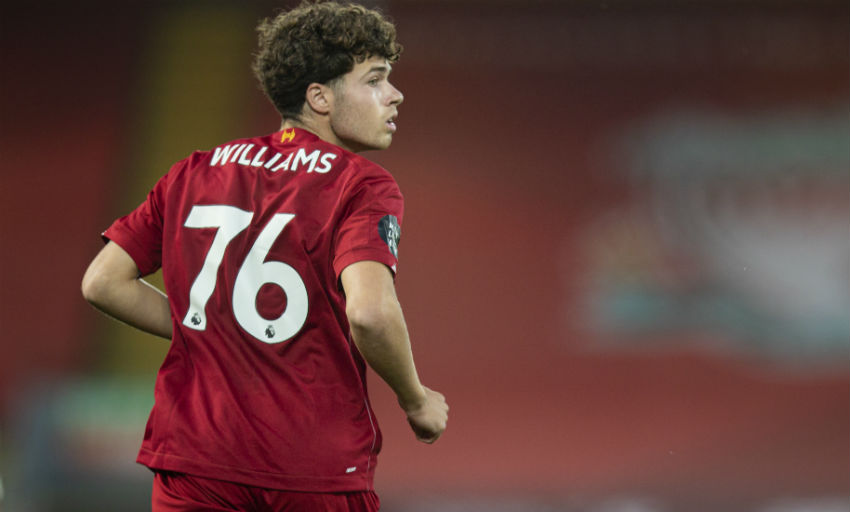 “I’ve spoken to Neco quite a lot,” said Robertson. “It’s great to see a young full-back coming through. It’s great to see him and that’s the last two games he’s started now, which will do his confidence and experience, everything, a world of good.

“I’ve spoken to him, I’ve given him small pointers but I’m not sure he needs them, because he’s got so much ability and so much energy, so much confidence in his own ability that he’ll have a fantastic career in the game.

“I hope he keeps on gaining that experience and keeps getting the game time because that’s so important for him. He’s been amazing in training all season so I’m glad he’s starting to get his reward with making his debut, getting his first start and then getting a couple of consecutive starts under his belt.

“So, he’s been great the games he’s played, it’s a great learning curve for him. He’s made mistakes and he’s done stuff really well but you can only learn when you are playing at the highest level and he is certainly doing that and every game he’s getting better and better.

“Long may that continue because it’s only good to have that competition for places. Obviously, being a right-back he’s facing probably one of the best there is in the world right now in Trent [Alexander-Arnold].

“But he’s got an abundance of ability and he can play both full-back positions pretty easily, so I’m sure he will push me and Trent all the way next season and that’s what we need to have – healthy competition in the squad.”