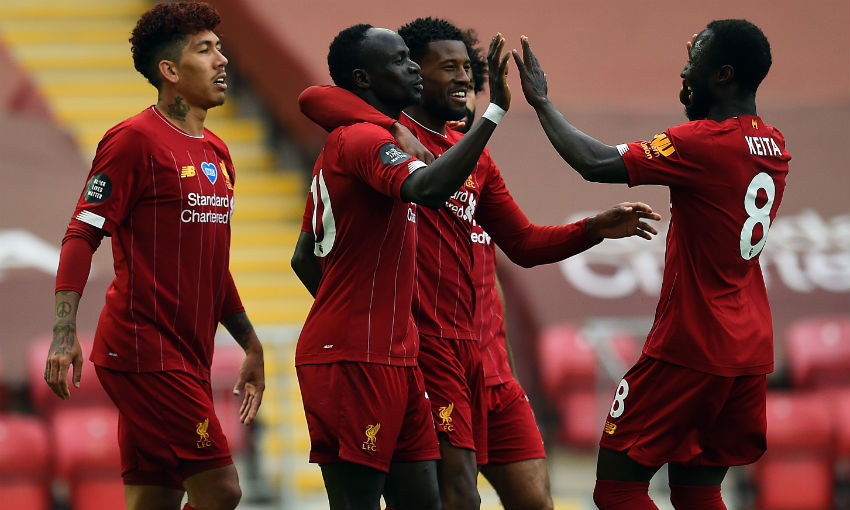 Following a largely uneventful opening 70 minutes, the Premier League champions made the breakthrough via Mane’s 50th goal for the club at Anfield as he rifled home Naby Keita’s delightful threaded pass.

And, 24 hours after signing a new long-term contract, Jones came off the bench to fire in a late second to make sure of Jürgen Klopp’s side’s 24th consecutive home win in the top flight.

Klopp made three changes to his starting line-up.

Keita, Alex Oxlade-Chamberlain and Divock Origi came in for Georginio Wijnaldum, Jordan Henderson and Roberto Firmino, who all dropped down to the bench.

James Milner missed out due to a tight muscle, but Xherdan Shaqiri returned to the squad as a substitute. 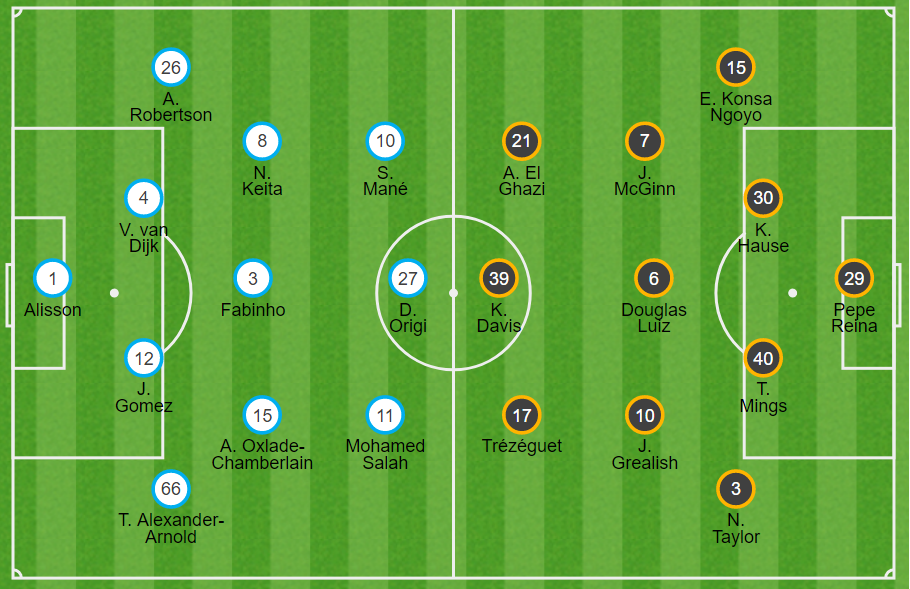 A first foray into Villa’s penalty area by the Reds resulted in Mohamed Salah seeing appeals for a penalty waved away.

The No.11 twisted and turned in a bid to locate the space required to get a shot away and went down after contact with Douglas Luiz, but referee Paul Tierney saw no foul.

The game showed signs of life in the aftermath of its first drinks break, with Liverpool injecting a greater sense of urgency into their play.

Origi sped away from Trezeguet down the right and looked for Salah with a cut-back that proved a fraction too powerful for the Egyptian to bring under his spell, although the first shot on target of the afternoon belonged to Villa as Alisson Becker comfortably gathered Luiz’s half-volley.

Pepe Reina was called into action at the other end soon after, but Salah couldn’t connect cleanly with his volley from Keita’s clever, first-time pass. 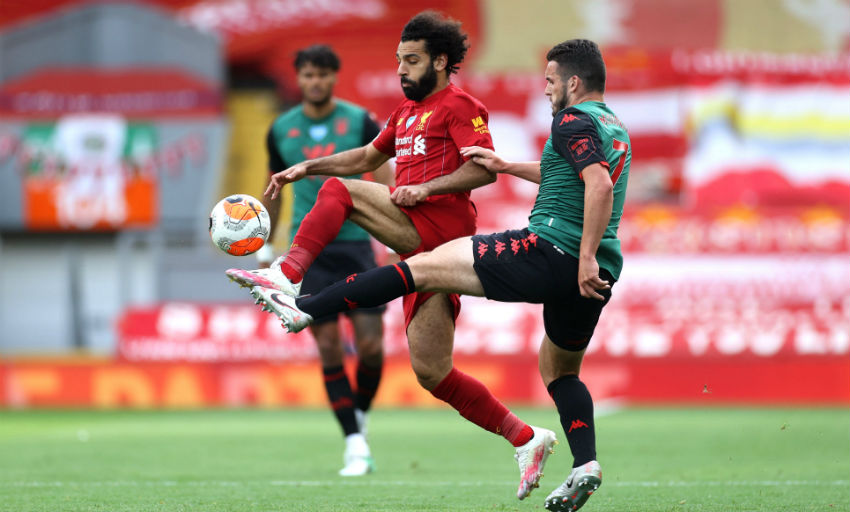 A Villa counter led to the first chance of the second period, with Jack Grealish feeding Anwar El Ghazi, who saw his low drive palmed behind by Alisson.

Klopp then elected to make a triple substitution, as Henderson, Wijnaldum and Firmino were introduced for Fabinho, Oxlade-Chamberlain and Origi on the hour mark.

And the champions broke the deadlock 11 minutes later, when Trent Alexander-Arnold found Keita free in the area with a crisp pass and the No.8’s subsequent low cross was crashed in off the crossbar by Mane - the Senegalese’s 20th goal of another prolific season.

Slick link-up between Salah and Firmino nearly provided a quickfire second for the Reds, but Reina was equal to the Brazilian’s curling 20-yarder.

However, the second did arrive in the final minute, as Salah unselfishly nodded Andy Robertson’s cross into Jones’ path, enabling the Scouser to score his first Premier League goal and Liverpool’s 300th at Anfield under Klopp.