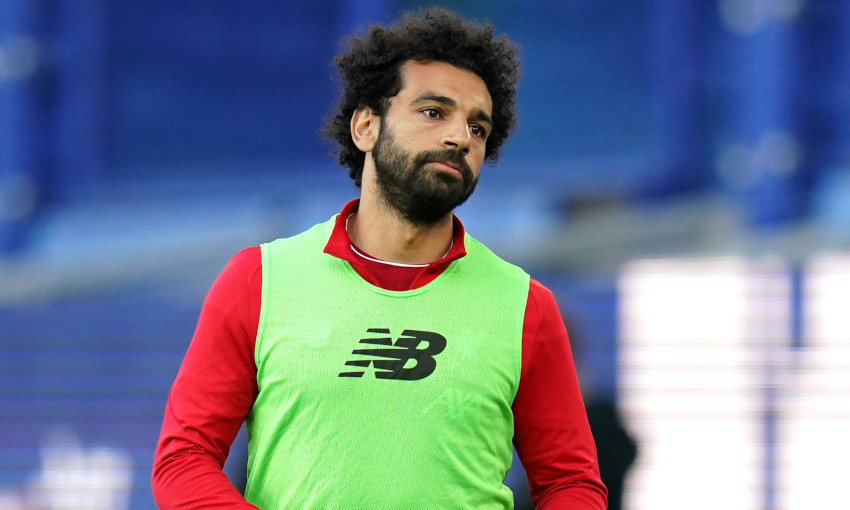 Jürgen Klopp has confirmed Mohamed Salah and Andy Robertson are in contention to face Crystal Palace on Wednesday night, but Liverpool will be without James Milner and Joel Matip.

Due to minor knocks, Salah was an unused substitute during the Reds’ return to action against Everton on Sunday, while Robertson was ruled out altogether.

Meanwhile, Milner and Matip sustained issues that forced them from the field during the goalless draw at Goodison Park.

“It is the same with Robbo; he trained yesterday completely normal as well, so it’s the same.

“Millie and Joel will not be available for tomorrow. We have to figure out exactly how long it will take, but tomorrow they will not play.”

After taking on Palace at Anfield tomorrow, Liverpool aren’t in action again for eight days when they face Manchester City away.

Following that encounter, the Reds will play Aston Villa, Brighton & Hove Albion and Burnley within the space of a week.

“It's a challenge, 100 per cent,” Klopp continued. “There were a couple of injuries, obviously, and with other teams as well.

“Let’s go through it: James Milner felt his hamstring, but it is not too serious. If you think about James Milner, he trains 365 days a year. He came back from lockdown and could play the next day, so it has nothing to do with that.

“Joel Matip, I think when he was in a challenge with Richarlison or Calvert-Lewin, they stepped on his foot which is uncomfortable but has nothing to do it that [either].

“There will be injuries, 100 per cent, and we all have to make sure the boys are in the best possible shape.

“This now, playing on Sunday – Wednesday, is always a challenge for football managers with two days in between. It’s a real challenge, it is always like this. We have Sunday – Wednesday and then Thursday next week, which I would have preferred to be different but we cannot change that and we take what we get.

“After that, it will be really challenging, 100 per cent, because – and I’m not sure if the fixtures are all out – the next four games will be in kind of nine or 10 days, so that’s a massive challenge – a real, real tough one.

“But it is for the other teams the same, so we have to make sure that the recovery, treatment and stuff like this is absolutely spot on.

“We have a lot of tough periods in a year. I studied sports science, but I don’t know what is better: to have nine weeks off, train for four weeks and then play, or to play for 14 or 15 weeks and have then – like we always have around Christmas – like 10 games in 30 days.

“I don’t know what is better, both are challenging but it’s the job and we have to make sure we come through that as good as possible.”