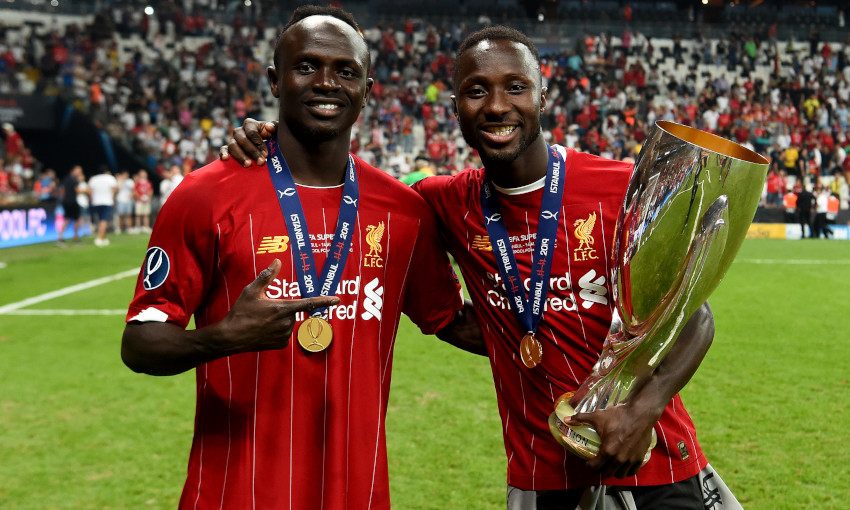 Sadio Mane and Naby Keita are in full agreement about the positive impact Jürgen Klopp has had upon their careers.

In an exclusive interview in the latest edition of the monthly Liverpool FC magazine published this week, the pair offer insight into how working with the Reds boss has helped enhance their respective games.

In a snippet from the Q&A, Mane and Keita began by discussing what it’s like to work under Klopp’s tutelage…

Mane: “He is somebody that is full of life, he is somebody who makes us all responsible as players, which is very important for a player on the field. He is a coach who knows how to handle you off the field, too. Sometimes he can be hard with his players, but it’s for positive reasons and that’s helped us a lot on the field. It is quite impressive, in fact, if you got to know him to understand all of that.”

Keita: “Yes, and he will always defend his players because for him all the players are the same. There is no difference to him. He’s always there to explain things to you, such as if you haven’t played the best in a game, which is hard for coaches to do. But that’s a choice he has to make and it helps us fight harder on the training field to push hard so you can be playing at the weekend. He communicates with us all equally and that’s what I really like about him. During training he will stop you and give you advice and explanations…”

Mane: “But if you lose the ball, he can certainly shout ‘Naby! Naby!’”

Keita: “But that’s quite normal and he would also give you the same treatment!”

Mane: “Yes, but I just give this little look [does comic glare].”

On how Klopp has contributed towards improving them as players, the duo add…

Mane: “I believe it’s the fact that he makes you responsible on and off the field. I think that football is in the head but then you’ve got to transfer that to the body. He’s always there to be able to give you confidence. Overall for a player it’s all about confidence.”

Keita: “Yes, overall he is a coach that gives you confidence and he is the motivating factor before a match, but you’ve also got to be motivated on the field. When you see him on the sideline and you’re on the field, it’s as if he’s playing with you and that gives you a lot of desire to do better. He’s always there for his players, he’s almost like a best friend but he’s a coach who can communicate with all his players. When I arrived I had to try to settle in and be able to integrate with the team. I respect his choices, so I was there to work every day. He is somebody who is able to give you explanations on the field, and that helps a lot and when you play of course you don’t ever doubt yourself. That’s coaching and he sees everything. I think I have now improved a lot, apart from my injuries which have kept me out of several matches. He’s somebody who communicates a lot and a coach who explains everything to all his players.”

The full interview can be read in Issue 93 of the Liverpool FC magazine, available from selected supermarkets and newsagents this week. You can download the digital edition at https://pocketmags.com/liverpool-fc-magazine.