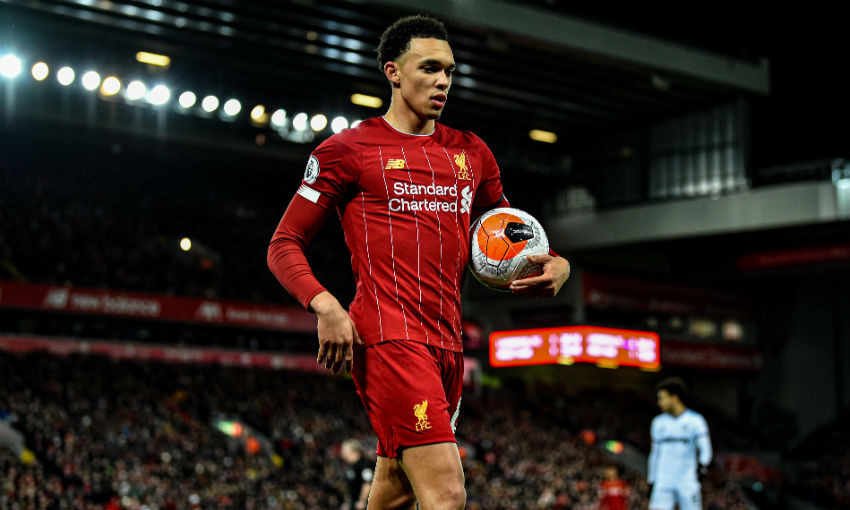 Trent Alexander-Arnold explained the thought process behind his crossing technique after registering another two assists in Liverpool’s 3-2 victory over West Ham United.

The full-back was once again a creative fulcrum for the Reds as they stretched their lead at the top of the Premier League to 22 points by beating the Hammers at Anfield on Monday night.

A superb ball in from Alexander-Arnold teed up Georginio Wijnaldum to open the scoring early on with a fine header, and the No.66 then delivered for Sadio Mane to slot in an 81st-minute winner after West Ham had led 2-1 prior to Mohamed Salah’s equaliser.

The right-back’s Premier League assist tally for the season now stands at 12 in just 27 appearances and, post-match, he was asked whether he specifically seeks out a teammate with his crosses or instead looks to find dangerous areas. 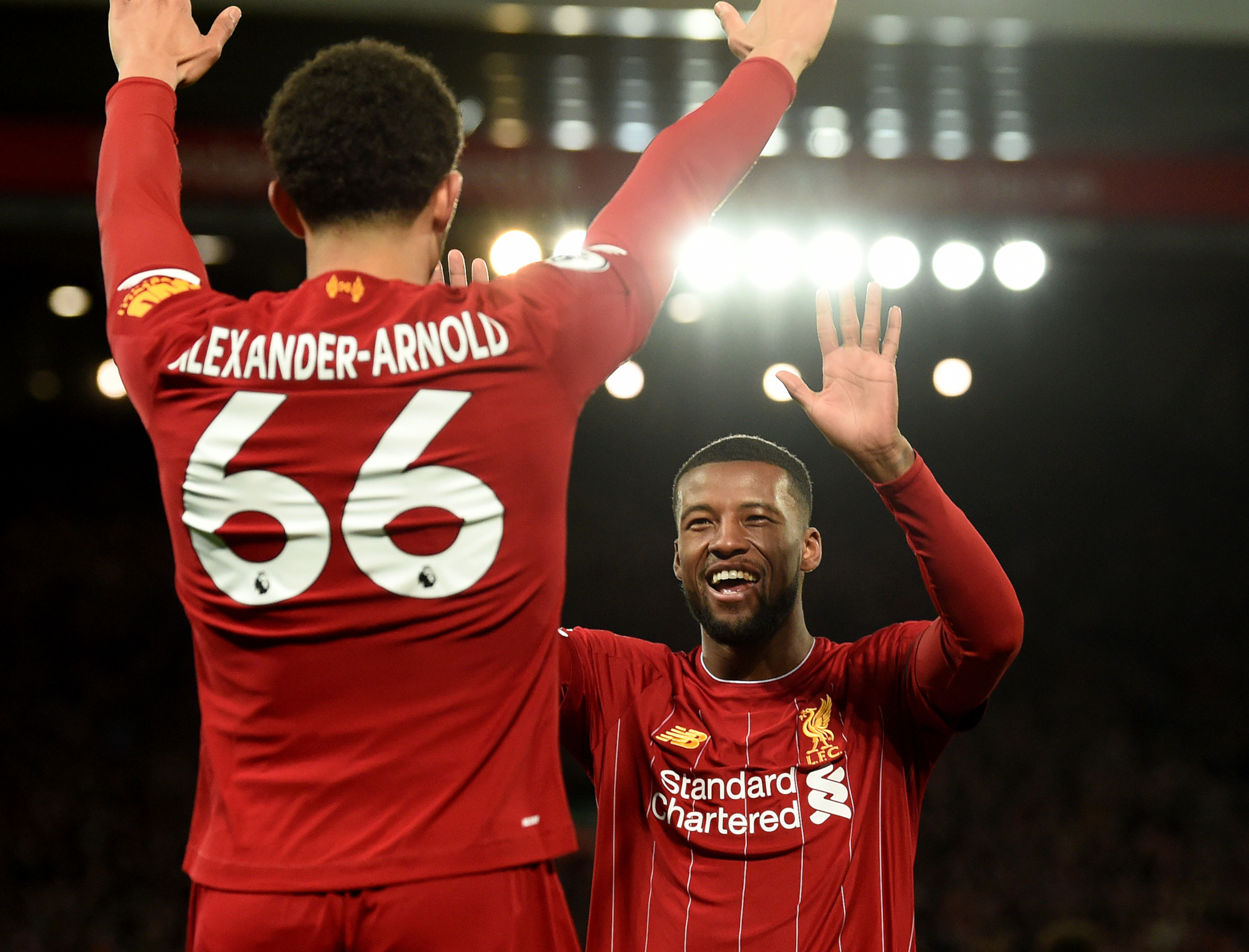 “A bit of both,” Alexander-Arnold told Sky Sports.

“I think sometimes when you get the ball and you’re thinking about crossing it then you have to look in and see if anyone’s in the box and see where the runs are going to be made, and then it’s about hitting areas really, saying to the attackers: ‘Go and attack it.’

“That’s what I tried to do today, I tried to put balls into the box and when you’re getting space out wide and you’ve got a little bit of time it’s always good to get the ball out of your feet and try to cross it, but I’m doing whatever I can to help the team and that’s how we all think.”

Alexander-Arnold went on to state that there is work to do for Liverpool, who have now won 18 consecutive top-flight matches and their last 21 in succession at Anfield.

“We felt like we’ve dominated the game but it’s football and we’ve let them have two chances,” the England international continued.

“They’ve scored off a set-piece, the set-pieces were probably their best chances of scoring today so we need to look at that. But we’ve dominated the game, tried to create as many chances as possible. We’re happy with the win, that’s the main thing, but there’s a lot of things we need to get right.”

The 21-year-old rejected any suggestion that Liverpool may have felt anxious after Pablo Fornals put West Ham 2-1 up early in the second half, though, and paid tribute to the vociferous backing Anfield gave the home team.

“Obviously the fans were unbelievable, they were massively with us especially when we were behind or conceded a goal so for us, it’s a massive help to have the fans like that,” he said.

“It’s rare that a team can concede a goal and their fans are up and they were trying to motivate us, and that makes us go even more.