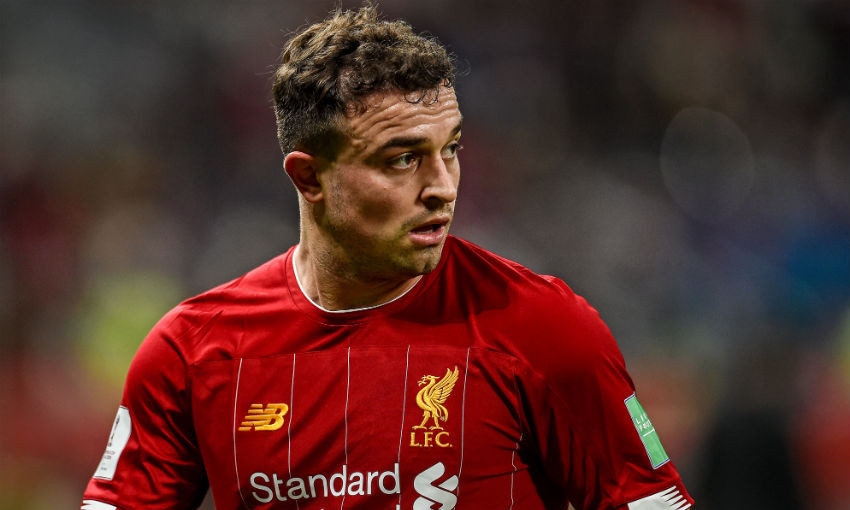 Xherdan Shaqiri could be sidelined for at least a week with a minor hamstring injury, Jürgen Klopp has confirmed.

The No.23 was forced to sit out Sunday's 1-0 victory over Wolverhampton Wanderers in the Premier League due to the issue.

Speaking to BBC Sport after the Wolves win, Klopp said: "Shaqiri should have started but last night he felt a little bit the hamstring.