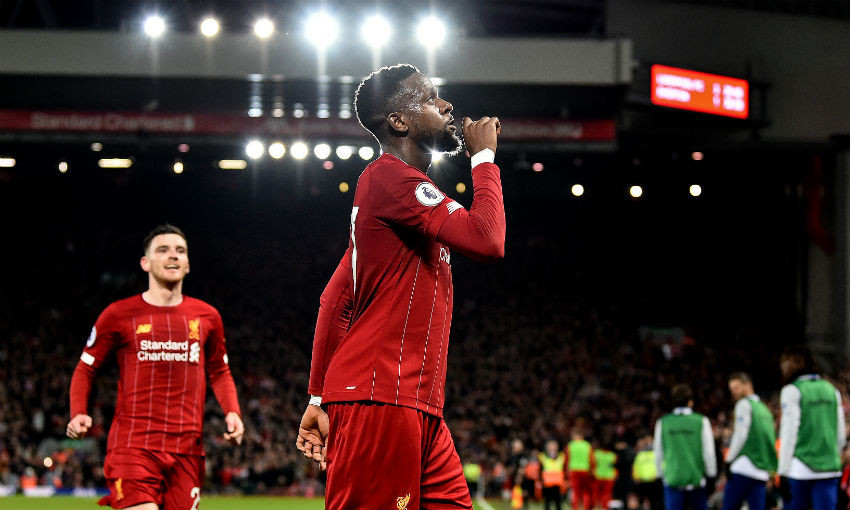 The Belgian marked his first Premier League start since October with a brilliant first-half brace as Everton were defeated 5-2 at Anfield on Wednesday, leading the boss to speak in glowing terms about his No.27 ahead of the weekend trip to Bournemouth.

“Div is unbelievably important for us,” Klopp said.

“We knew it before but Div needs a good feeling, needs to be in a confident mood and then everybody knows what he is able to do. If you compare him with other players in our squad then they are all different, they all have different qualities and very often we used other three players up front, but Div was always so important for us.

“Then it’s really nice as well that he can show his importance in a game like this, which was obviously very important for all of us. Scoring these kinds of goals showed extra class, they were exceptional.

“Both goals, at the end it looks easy. The first goal, it was a sensational pass from Sadio of course, but making these two steps between the centre-halves and the goalie - that’s what a striker has to do actually, to see the opportunity and then use it. In the end it was not the most difficult finish but still a job to do.

“The other one was just a world-class goal, I don’t see that very often. It was a good ball by Dejan but not easy to control I would say, that then shows his technical abilities: shooting, he scored goals for us from all different angles, coming from the left wing, cutting inside, shooting into the far corner, so all different kind of goals.”

Origi’s selection was one of five changes Klopp made to his starting line-up for the derby, with fellow goalscorer Xherdan Shaqiri, Adam Lallana and James Milner also coming in alongside Adrian for the suspended Alisson Becker.

And the manager explained that what he had seen in training, as well as the necessity to bring in fresh legs amid a packed fixture schedule, led him to make that decision.

“That was a really good team that we sent on the pitch, to be honest, so I was not one second in doubt about the quality of the players,” Klopp stated.

“But of course you cannot be sure if you don’t play week in and week out with the same group of players how it will be timing-wise, rhythm-wise.

“Shape-wise I was pretty sure because that’s what the boys showed in training and these boys who came in, they have a lot of training even in our busy schedule because we have the starting line-up that plays most of the time, they don’t train really. We play the game, we recover, we have a minus-one session with set-pieces and stuff like that and then play again.

“But the other guys, they have two sessions in between these games and in these sessions I could see that they are all in a really good shape. That was the main reason for making the changes, apart from that we had to do it, because of the situation we are all in, because of the busy schedule.

“Of course you never know 100 per cent and I was really, really happy and pleased that the boys showed up. That was a very important sign, a massive sign for us. But it was for one game and now we have to show it again tomorrow.” 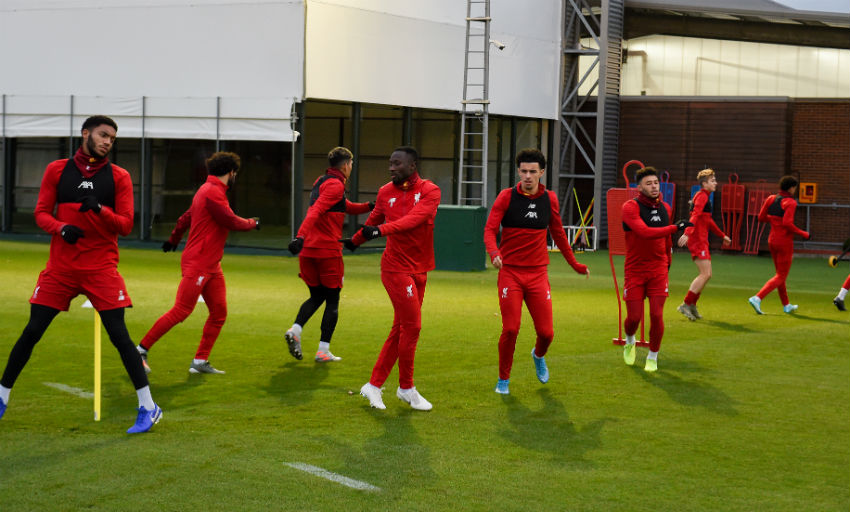 Klopp went on to indicate that he will again make alterations at Bournemouth in order to ensure his side are able to play with the requisite intensity.

He continued: “We have to see who we can use, especially when it’s three days between two games - Wednesday-Saturday is always a massive challenge and we have to be sensible and sensitive in the same moment with the decision-making about the line-up because Bournemouth will be really demanding, they will ask for everything.

“We have to again be really spot on, intense, all that stuff. They are not happy with their situation so we need a good intensity in that game again. That’s what we try to make sure with the line-up, but then still the boys have to do the job and hopefully they can do it.”