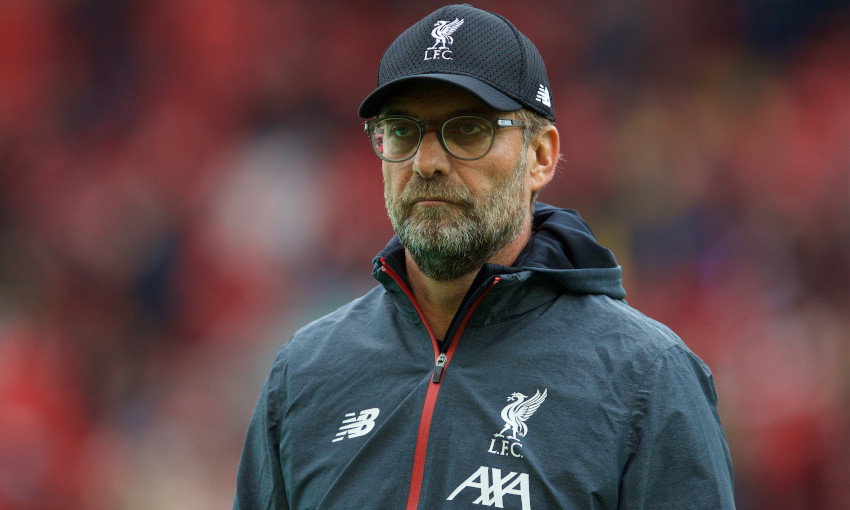 Jürgen Klopp has explained Liverpool's approach to the challenge of competing in the FIFA Club World Cup and Carabao Cup in the same week later this month.

The Reds confirmed their 23-man squad for the Club World Cup in Qatar, which will include matches on December 18 and 21, on Thursday.

A quarter-final tie with Aston Villa in the Carabao Cup is also scheduled for December 17.

Asked about the situation at his pre-Bournemouth press conference, Klopp said: “We had to do it like this. I think it’s a really nice opportunity for the younger players to face that [the cup tie with Villa].

“I know everybody thinks ‘no chance’ but football is a wonderful game. I’m not sure if you say it like this in England but if you ‘grow above yourself’ and make the next step and enjoy the challenge… I would love to be part of that game, to be honest, and I hope all the boys and Critch and the coaching staff enjoy it as well, whatever happens.

“If you want, I’m responsible even for that game, not being there. So they have no pressure, they just should fight for each inch on the pitch and enjoy themselves. They are playing in a wonderful stadium, one of the best in England for sure, a great atmosphere. Go there and make maybe not your first, but second and third and fourth steps in the professional world of football. That’s really nice.

“For us, there was absolutely no chance to do it differently, in the moment when it was clear when it would be played and all the other dates were absolutely not possible for us to play it later.

“There was not one date which really would have worked at all because [for] Aston Villa it is difficult as well and there are possible rematches in the FA Cup. So I said, the situation is like it is and at the end we will not suffer because of it. That’s not possible.

“We won the game against Arsenal, a very exciting game and I loved it, and in that moment it was clear, now we have to find a solution and the solution will not be perfect. But we try to make it as perfect as possible.

“So, we go with a specific squad to Qatar and try our best there. And the other ones will play here. If somebody thought I should have done it differently, I cannot change that.”