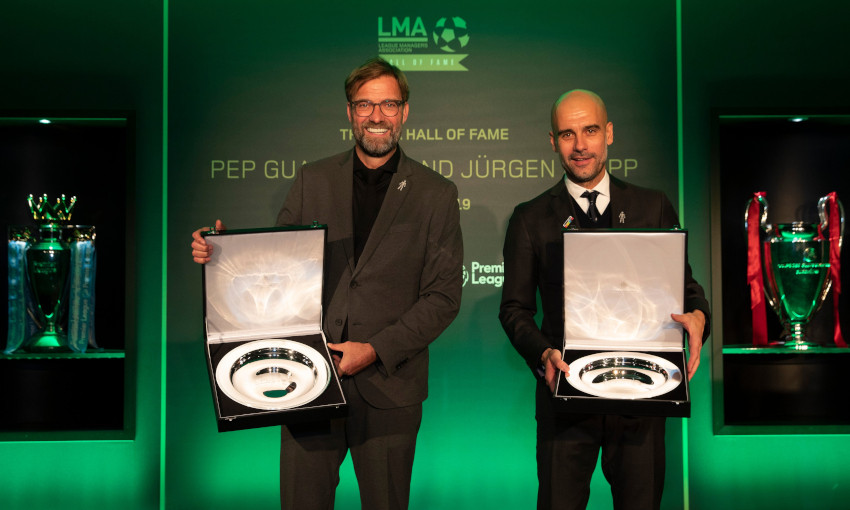 Jürgen Klopp was inducted into the League Managers Association’s Hall of Fame on Thursday evening.

The Liverpool boss, who guided the club to Champions League glory in June, received the honour in recognition of “historic achievements in football management to date”, alongside Manchester City’s Pep Guardiola.

To mark the induction, Klopp was presented with a hand-crafted silver salver at a special LMA Dinner in Manchester.

“It’s really big,” he said. “I’ve been in England for four years and enjoyed each second, to be honest. I saw all the names with their pictures and it’s really impressive.

“I don’t feel pride very often in my life but in this moment I’m really proud because it’s just something really, really special.”