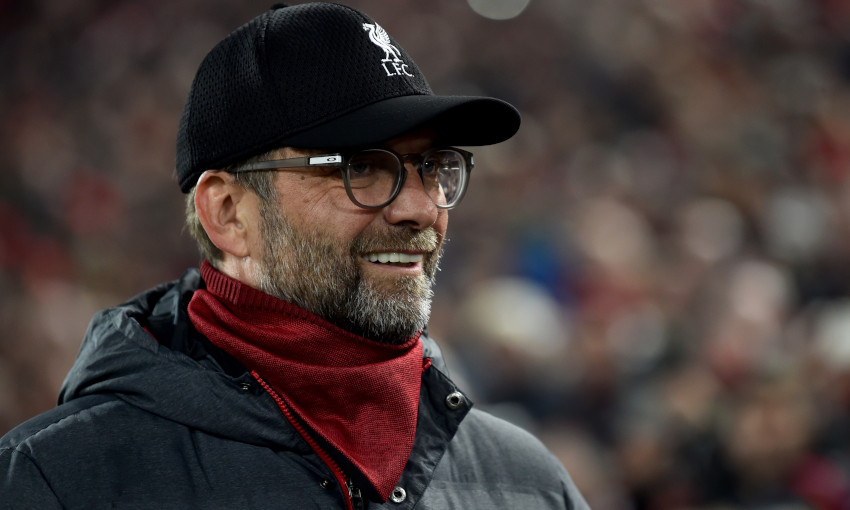 Goals in either half from Georginio Wijnaldum and Alex Oxlade-Chamberlain secured three more points for the Reds in Group E and lifted them to the top of the section.

Klopp’s men were made to work hard for the victory – with Mbwana Samatta equalising for the visitors before half-time – but the manager was primarily focused on the result and the fact his players came through the tie without injury.

At his post-match press conference, he also discussed the confirmation that Liverpool’s Carabao Cup clash with Aston Villa will be held in the same week that his team are in Qatar for the FIFA Club World Cup.

The most important thing is that we won and nobody is injured. The result is because we didn’t finish our situations off like we should and could have done. That keeps the game pretty exciting and left Genk pretty much alive. We could have scored goals already in the first half. It was clear it will be a bit tricky in some departments because the front three never played together in these positions and in a formation like this. But we wanted to have Ox between the lines, to give him the space to turn and run and face the last line, giving us options right and left. That worked out pretty well sometimes. We could have scored more often and that would have completely changed the game. But then they scored the goal, a really nice goal. Of course we could have defended better but it was still a really good goal. First half done and you have to start new. 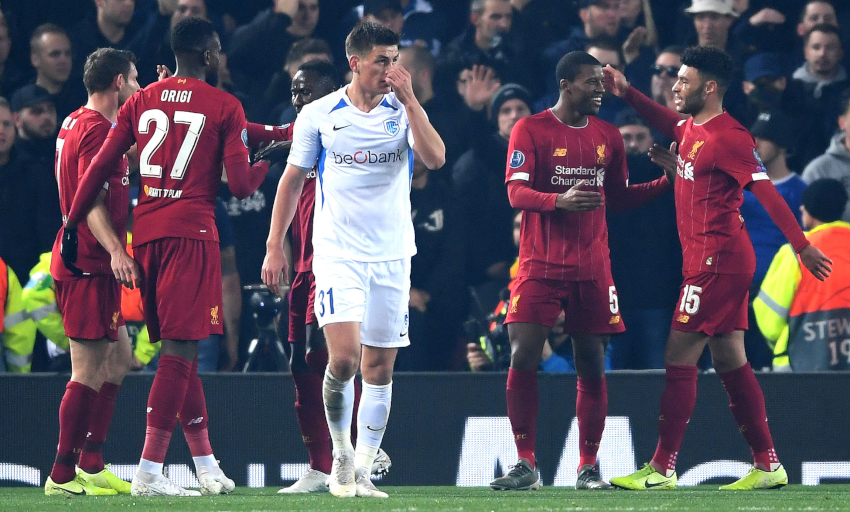 We scored again, a really nice goal, but didn’t finish the other situations off. That keeps them alive. The longer the game goes the more the momentum goes to the other team, if you don’t finish your situations off. I think Ali had to make one save, once or twice we didn’t really push up in the last line, which meant they could play a pass into the box, but nothing happened. That was the game – ‘job done’ is the headline from the game, pretty much. But the group is not decided. We knew from the beginning it’s a tough group. Yes, now we are first in the table but we only really want to be first after the last matchday. We have to play two tough games, two important ones. In each of them we can decide it with a win but that sounds easier than it is because both games will be really tricky.

We don’t know exactly yet. We have an idea how we’ll do it but it’s too early to speak about that. We had to make a decision now and we made the decision because all the other alternatives were more problems than solutions. And that didn’t work out. So we said, OK, that’s how we can do it as good as possible for us. All the rest, we now have a bit of time to think about that. We have more important things to do now – today playing a game, then concentrating on the next game. But in these next couple of weeks we will make a decision how exactly it will look. But at the end, a Liverpool team will play, 100 per cent.

On playing in both competitions…

Do we want to be really in trouble with FIFA? I am not sure. Do we want to be really in trouble with the EFL? Probably not. We respect the competitions. The Carabao Cup, it always sounds like we don’t want to play it but that’s not true. What I don’t like about the Carabao Cup, to be 100 per cent honest, is two legs in the semi-final. I don’t understand that, it’s in the most-busy period and you think, ‘OK, we play two semi-finals?’ That I don’t understand and I don’t like. The rest is a nice competition. We don’t play the FA Cup in the first part of the season, so we play there and that’s all OK. The Club World Cup, you play only if you win the Champions League and that doesn’t happen in your life five million times, so that means we will take the opportunity if they ask you. Is it the best time of the year? No. Are we anyway pretty busy? Yes. But you go there and we try to play all the games we have with all that we have.

Now there was this situation where nobody had an idea and I think you should really think about things like this before you start because that’s not the only problem we have with the Carabao Cup. If you have a rematch in the FA Cup, which I don’t like honestly, and you go through in the Carabao Cup into the final… we had that three or four years ago when we played at West Ham and I think everybody was in front of the television and hoped we didn’t go through in the FA Cup because otherwise we had to play three games and the second semi-final and stuff like this. You cannot work like this, that you hope somebody goes out and everything is fine. Maybe it is a reason when the team are going out because they know nobody knows how it works. We tried to ignore that this time with Arsenal, the boys just wanted to play football and that’s why we qualified for the next round, but before the game it was clear it would be really difficult.

I don’t want to cancel competitions – I am from Germany, why should I cancel English competitions? But it should still be possible to talk about the problems – and that’s what I did. That some people don’t like that, I cannot change because the problems are obvious. It’s like every year we do the same again, some people find it funny and think, ‘Oh, look at that… they have to play now five games in three days, let’s see how that will work out!’ We cannot carry on like this, come on. That is why I asked for a sit down at a table because at one point, we have to find a solution because these solutions so far, they sound, for me, more like another problem. And that’s not a solution.

No [new injuries]. Jordan was in bed the whole day, I hope he is better now but I didn’t speak to him afterwards.