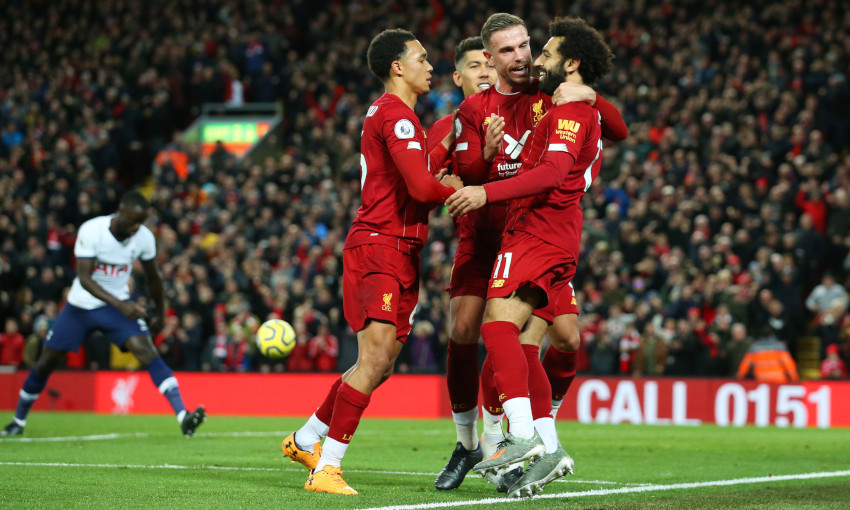 Mohamed Salah's penalty sealed an impressive comeback as Liverpool battled to beat Tottenham Hotspur 2-1 in the Premier League on Sunday.

Harry Kane gave Spurs a quick-fire lead in the rematch of June’s Champions League final when he planted in a header on the rebound within a minute of kick-off.

The Reds were on top for much of the first half without producing an equaliser, which instead eventually came via Jordan Henderson’s neat strike on 52 minutes.

And Salah settled a high-quality affair with a quarter of an hour remaining, arrowing in a penalty after Serge Aurier felled Sadio Mane in the box.

The victory put Jürgen Klopp’s side six points clear at the Premier League summit again and extended their unbeaten start to 10 games.

The manager made three changes from midweek, with Trent Alexander-Arnold back from illness and Henderson and Georginio Wijnaldum restored to midfield.

Fewer than 50 seconds had elapsed when Tottenham opened the scoring.

Moussa Sissoko’s driving run through the centre helped to set up Son Heung-min in a dangerous position on the left edge of the penalty area and when his strike deflected off Dejan Lovren’s head and against the post, Kane was there to head in the rebound.

It was a shock to the system that gave Spurs the early buoyancy, but Liverpool set about imposing themselves in a half they would largely dominate from then on.

Half-chances came and went – interrupted by Kane narrowly failing to divert Christian Eriksen’s long pass into an unmarked Dele Alli across the box, and Eriksen hooking a follow-up wide – before an intense assault on the visitors’ goal somehow passed without an equaliser.

First, Salah drew a fine stop from Paulo Gazzaniga with a rising hit after an intricate one-two with Roberto Firmino, whose blasted rebound was repelled too. 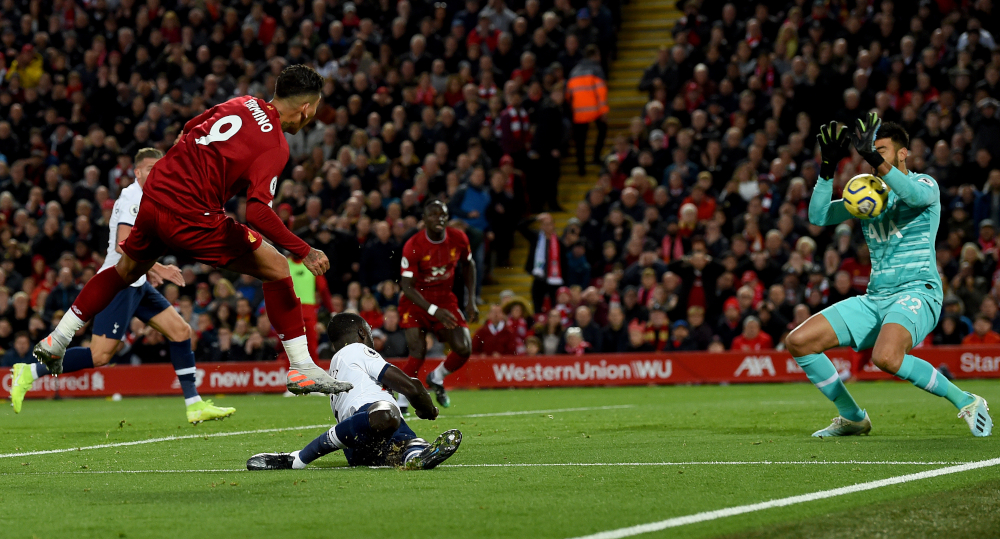 An inch-perfect free-kick from Alexander-Arnold then found Virgil van Dijk in the six-yard box but his nod at goal was tipped over.

Liverpool kept pushing and a powerful surge down the left flank by Andy Robertson saw the Scot slide a ball back to the middle for the arriving Alexander-Arnold. His well-struck drive was beaten away by Gazzaniga, though.

The full-back soon delivered another excellent cross from the right for Mane at the far post, where the No.10 uncharacteristically flicked a header wide.

But Tottenham held firm and preserved their lead at the interval.

The frantic nature of the middle section of the first half was back from the off when the teams returned.

Firmino saw a back-post header pushed away from the goalline by Gazzaniga, and immediately at the other end Son sprinted onto a long goal-kick, rounded Alisson Becker and swept a shot against the crossbar.

And, on 52 minutes, Liverpool got level.

Fabinho, the standout playmaker at the centre of the maelstrom, lofted another angled pass into the box and found Henderson at the far post to smartly send a left-footed finish inside the opposite frame of the goal. 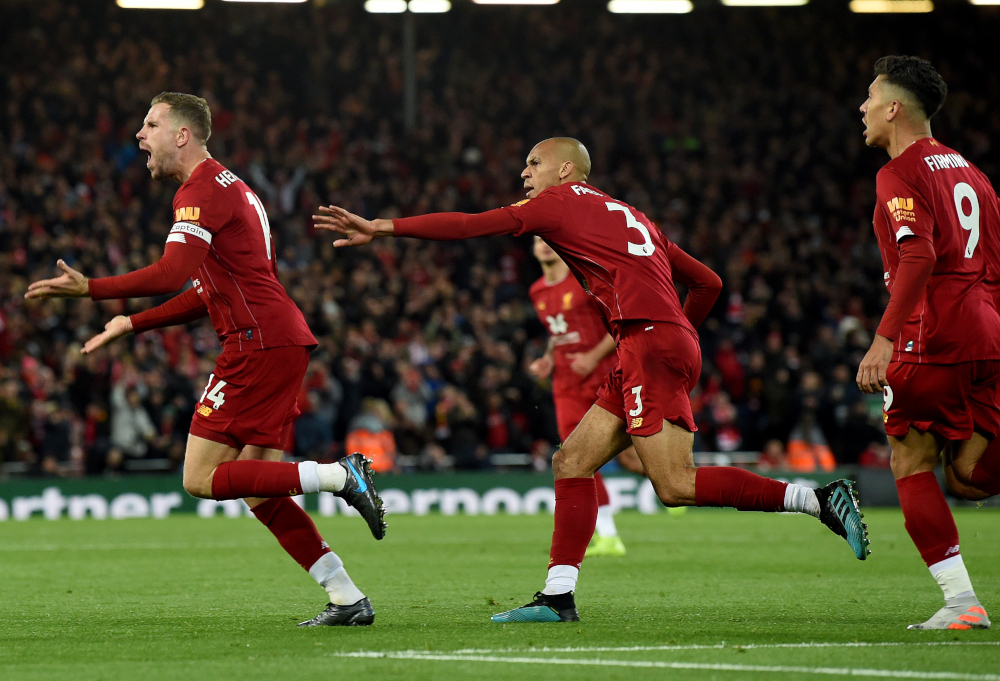 Gazzaniga again denied Firmino when the Brazilian escaped into space inside the area from an Alexander-Arnold throw-in, before Wijnaldum – who had earlier hesitated at a shooting chance – headed straight at the Tottenham stopper on the hour mark.

For all the quality on show, however, it was the chasing of a long ball that led to the Reds’ winner.

Mane’s pace allowed him to scoop up possession in Spurs territory and after a tussle with Aurier in the box, the Liverpool man was fouled and the referee pointed to the spot.

Salah took responsibility at the Kop end and drove his kick successfully to the right of the goalkeeper, securing a big win for Klopp’s side.