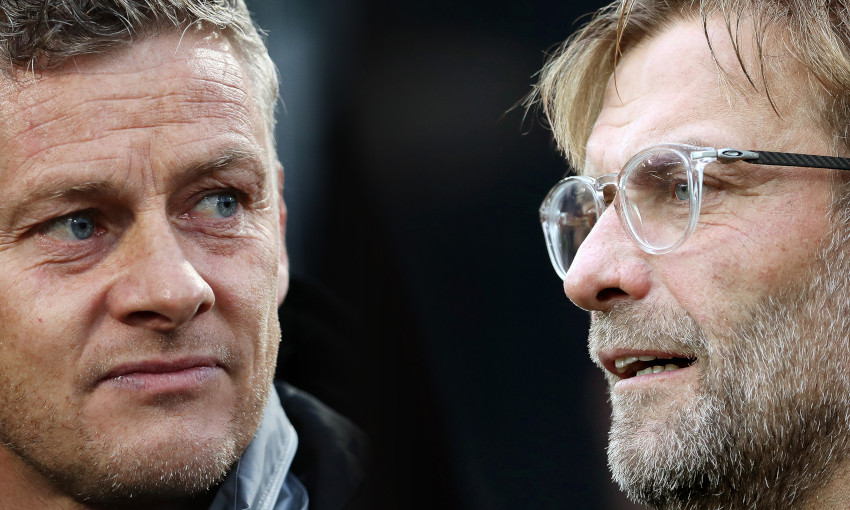 Jürgen Klopp is primed for a Manchester United team determined to change their situation when Liverpool travel to Old Trafford this Sunday.

The Reds journey to the home of their fierce rivals with a perfect record from their opening eight Premier League fixtures this season.

By contrast, Ole Gunnar Solskjaer’s injury-hit United begin the weekend in 12th place in the standings having collected nine points.

But Klopp explained the respect Liverpool must show as they aim to clinch their first win at Old Trafford since March 2014.

Asked about the expectations surrounding the game at his pre-match press conference, he replied: “I’m not influenced by it, to be honest.

“I’m 100 per cent aware of the strength of Manchester United, I expect their best possible line-up. Four days ago, I think Ole said ‘no chance’ for De Gea or Pogba, today it’s a ‘maybe’, tomorrow it’s ‘100 per cent’. Martial will be back, all that stuff.

“That’s how these games are played, no problem with that. But I’m old enough and we are experienced enough to judge all the things in the right way.

On his analysis of United, the manager continued: “I expect all the speed they have, I expect Martial back – and Rashford and James on the pitch. They all have real speed and they all have real quality.

“If Martial can’t play, you know exactly the same about Rashford and James, for example, and they will build around.

“It’s not my job to talk about it but it’s not easy for Ole to talk about it: they had a lot of injuries. They had these injuries coincidentally, the number of them and really decisive players for them.

“You have to come through these periods, they came through. I don’t follow it but it looks like they could prepare in the right way. They could focus on training and preparing the game – and that’s what we have to face, not how other people judge their start or whatever.

“They had good signs, good moments, all that stuff; they lost in the last minute or something like that, missed a penalty, that’s unlucky, nothing else.

“You need momentum in a game and in a season as well; so far they probably didn’t have it but that doesn’t mean they will never get it back. We respect them as the best United we could face, and not the Man United you [the media] all speak about during the week.”