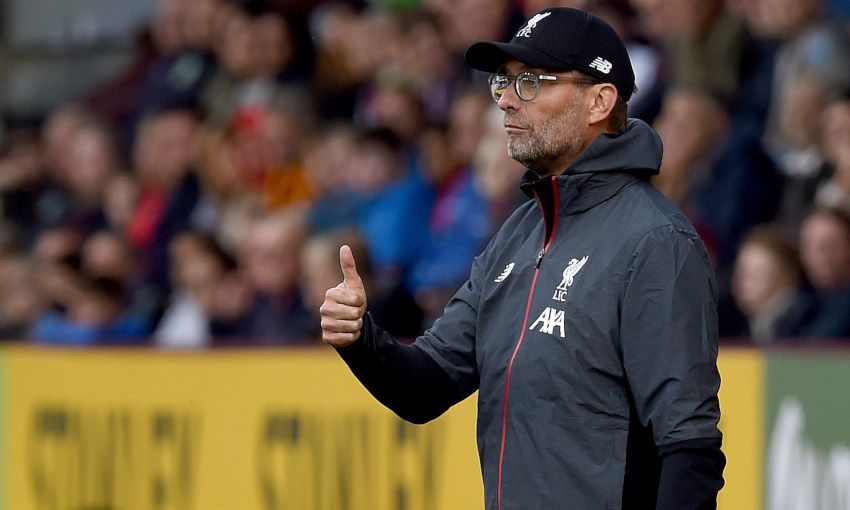 Jürgen Klopp lauded the attitude and hunger of his Liverpool players after they set a club record for consecutive league victories with Saturday's 3-0 triumph over Burnley at Turf Moor.

The Reds recorded their 13th straight win in the Premier League – eclipsing the 12-game sequence set by Sir Kenny Dalglish's team in 1990 – with a superb all-round performance in Lancashire.

Chris Wood's own goal off a Trent Alexander-Arnold cross opened the scoring after 33 minutes before that was quickly followed by Sadio Mane's cool finish.

Roberto Firmino made it 3-0 with 10 minutes remaining to wrap up the three points as Klopp's side enter the international break top of the table.

Read on for a full transcript of the manager's post-match press conference...

On Liverpool's performance and the result…

I said it before, it was pretty much the best second-ball game we've played since I have been together with the boys. We were really there, we won pretty much all of the first balls, which is difficult enough against Barnes and Wood because they do really well there. Then being around, they have a good formation for the second balls. It was just amazing, [we were] using then the space for immediate passing, trying to be quick in our decision-making, we wanted to have direction immediately. It was really good. It is not the only thing that Burnley do obviously, they have these early crosses, they play then three, four or five passes to prepare an early cross and you have to be there as well. Then they chip the balls in behind from different positions from the last line; I don't know how often today Burnley were offside. It was brilliant how we did that, how we adapted in these situations. Apart from that, we played really good.

Against a 4-4-2 system, it is really difficult if you are not quick, if your passes have no real direction, then you play their cards pretty much because the formation is good, the full-back is under pressure from the winger, the No.6 can close the gap and stuff like this. Immediately, you have no real situation which can create kind of a momentum. In the first half, we were completely in a kind of fluent [way], as much as you can without creating massively.

We had our moments of course, scored then a bit of a lucky goal but I think we still deserved that we were 1-0 up. The second goal, brilliant. Just brilliant. Winning the ball, really quick decision-making and then a super pass from Bobby and a super finish from Sadio. The third goal, brilliant. We controlled the game as much as you can because each set-piece is a massive threat, massive. Each ball without pressure when Pope, Mee, Tarkowski and any midfielder can play them, or when the two wingers can cross, it is just difficult. It was only in the last 10 minutes when I thought it was really different to all the other games we had here; before that I never felt like it was done already. The boys did the job, so brilliant. Really good. 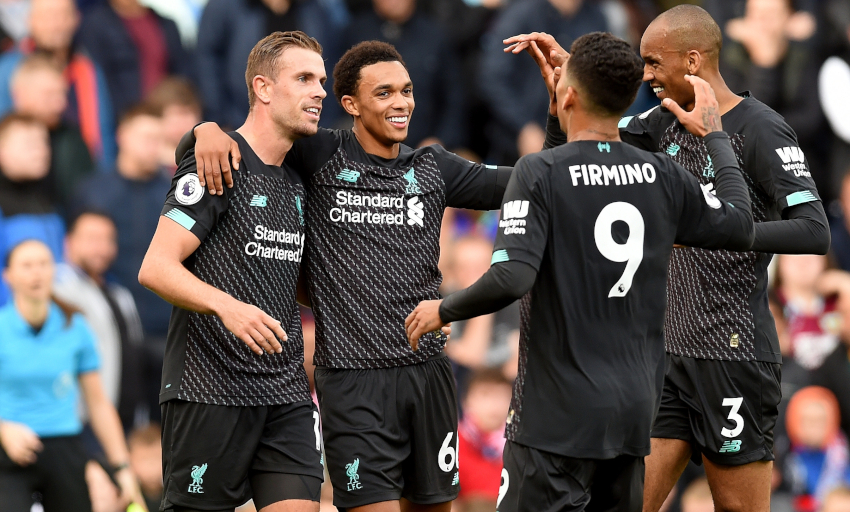 On Mane's reaction after being substituted...

I know [what it was about]. He was upset, that was obvious. You cannot hide his emotions like that. We spoke about it, everything is fine. We are individuals, we are emotional. It was a situation in a game obviously, what else could happen? It's not a phone call. It was a situation in the game he wasn't happy about and then that's completely fine. Would he do it in exactly the same manner again? Probably not, but it happens. Nothing happened, he didn't say any wrong words, it just looked a little bit different [to] how he looks usually. Of course, I can understand that it's a little story. Thank God we are now away for a week, so if you write something about it, we will not read it anyway. And after a week, nobody can remember anymore, so it's a really cool moment to do it. But it is all good really, all fine.

On breaking the record for consecutive league victories...

I don't feel proud in the moment, to be honest, but I am happy because this record – however old they are, I'm not sure – it's really nice. But we don't go for these records. You were probably in the press conference when I spoke about it that this team wants to write their own stories and want to create their own history. They are doing and doing and doing. One is the number, 13 games in a row, the other thing is in the 13th game of that series, showing the attitude the boys showed today, that makes it all. We have to show respect to all opponents and the boys do that with attitude. So much pressure on the opponent again, it's so difficult for Burnley to do exactly what they want to do but they can still do it from time to time. But then we are there and defend it. Good speed in the game, we are creative. There are so many different things in the game and there is still space for improvement, which is cool.

So for the first part of the season, the very first part of the season, if somebody would have asked me four weeks ago if I think that's possible, I would have said, 'Probably not'. Now it happened. So now we have to pray and hope again that they all come back healthy and then the most intense period of the season starts. In September, I think we have five away games and one home game – interesting. So we have to travel a lot and be spot on and hopefully healthy, fresh and all that stuff. So, good start, so far so good, that's it.