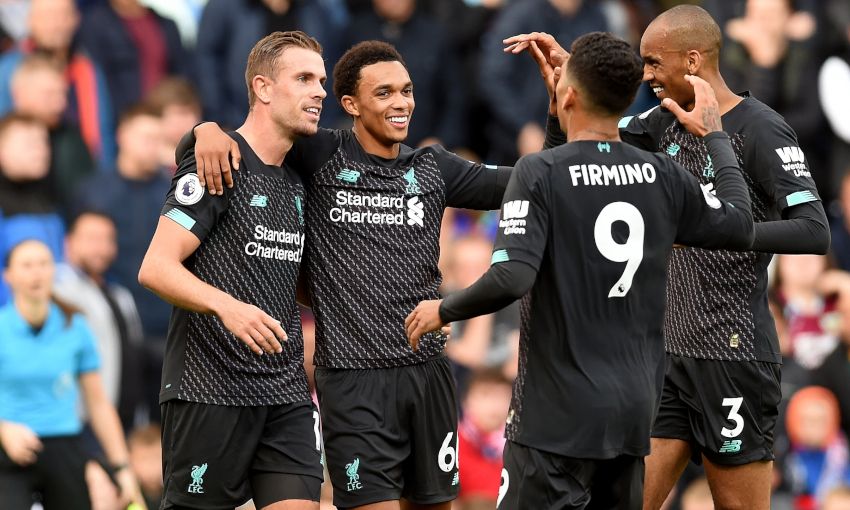 Liverpool sealed a club record 13th consecutive league victory to extend their winning start to the season with a 3-0 success at Burnley on Saturday night.

Trent Alexander-Arnold’s deflected cross off Chris Wood gave the Reds the lead just after the half-hour before Sadio Mane doubled the advantage soon after, finishing smartly from Roberto Firmino’s through pass at Turf Moor.

Firmino got himself on the scoresheet with 10 minutes remaining to secure the outcome when he emphatically swept in from the edge of the area.

The result means Liverpool sign off for the international break at the top of the Premier League table with four wins from four, setting a new club landmark in the process – surpassing the 12-in-a-row sequence set by Sir Kenny Dalglish’s team of 1990.

Liverpool named an unchanged starting line-up and substitutes’ bench to the team deployed against Arsenal at Anfield last weekend.

Liverpool started the game at Turf Moor looking to set a new club record of 13 successive league victories, as well as maintaining their 100 per cent start to the top-flight campaign.

However, they could have fallen behind inside 90 seconds when Wood got beyond the Reds’ backline to meet a long ball forward. Thankfully, his low shot was pushed away by a strong glove from Adrian.

It was in keeping with a lively start in Lancashire – and Mohamed Salah crashed a shot against the post soon after as the visitors offered a response.

The Egyptian went close again on the 20-minute mark when Nick Pope’s save at his feet ricocheted back off the Liverpool attacker and bounced agonisingly wide of the upright following a wonderful first-time pass from Jordan Henderson to create the opening.

The home side were making life difficult for Jürgen Klopp’s men in an absorbing contest; however, Liverpool went in front in the 33rd minute.

A counter down the right resulted in Henderson rolling the ball back to Alexander-Arnold, whose attempted centre took a touch off Wood and looped over Pope and into the net.

And moments later, the Reds’ advantage was furthered. Firmino pounced on a misplaced pass from Ben Mee and sent Mane through on goal. The No.10 slipped home with aplomb. 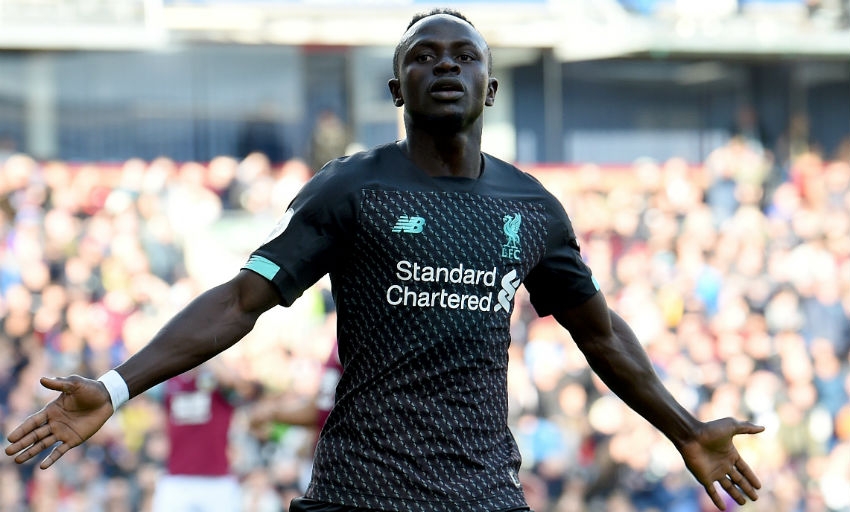 Liverpool maintained the momentum of the final stages of the first period following the restart as they aimed to grab a third goal.

Firmino had an effort blocked inside the six-yard box and Salah struck the side-netting, before the No.11 cannoned against a Burnley defender from a free-kick routine.

James Tarkowski headed over when well placed from a free-kick for Burnley as the game entered its final stages, moments after Alex Oxlade-Chamberlain had replaced Henderson.

The substitute stung the palms of Pope with a drive after another speedy break from the visitors before the tally was extended on 80 minutes.

Firmino was the scorer, swiping in after Salah had run the ball into his path on the edge of the box. In doing so, he became the first Brazilian to reach the competition milestone of 50 Premier League goals.

Jay Rodriguez threatened to reduce the arrears when he found himself facing Adrian; however, the ‘keeper was able to produce a sprawling stop.

Meanwhile Gini Wijnaldum was also denied at the finale by Pope, but the Reds had long since closed the game out to pick up three points for the 13th time in a row.