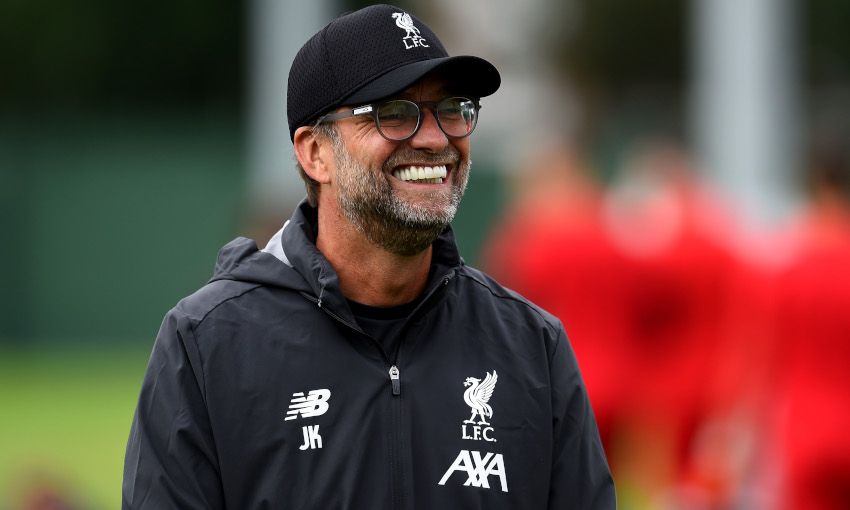 Liverpool’s early-season mentality and resilience has pleased Jürgen Klopp, who believes such qualities will need to be on display again once more today when Arsenal visit Anfield.

The boss is delighted by the manner in which the Reds have reacted to setbacks in their opening four matches, but knows they will face another stern test against the Gunners.

He wrote in his column in the official matchday programme: “I think there is zero doubt Arsenal will be even stronger this season compared to last and I say that without even factoring in the impressive and extensive transfer business they have done. They have recruited amazing talent this summer.

“It’s one of the reasons why I haven’t liked the 'external' focus in pre-season being on just a couple of clubs contesting for honours this season. To me this made no sense at all. It’s a complete nonsense if you don’t view this Arsenal, with this manager, as being one of the best teams in the country.

“They have everything required to go the distance and I think it’s why we are in for such an exciting season in the Premier League.

“The good news for me and the staff here at Liverpool is that our players do not need reminding today that they face a world-class opponent. The character and attitude which the side have shown since reporting back fills me with pride. Once again they are proving that when it comes to mentality they will not be surpassed.

“Performance level, for all sides, requires rhythm before you get anywhere near the highest level – but qualities such as mentality and courage can be constant.

“What I have seen from my team, since we began at Wembley in the Community Shield, through to the full-time whistle going at Southampton last weekend, is that they are not allowing the relentless nature of August to impact upon their application or belief.

“The start to the season has been intensive, yes, but this group of players have embraced that. They don’t view intensity as being something to fear. It’s actually part of our make-up – it’s our identity as a team.

“The other factor, from the start of this season, that has given me so much joy, has been once again the ability to absorb and react to setbacks. It’s been there early and it will need to remain.

“Be it conceding first in matches, such as against Man City or Chelsea, losing a key player during a game to an injury, or just responding to general setbacks during a game, we have shown our best face in our reaction.

“We are a side which, if and when knocked down, has the ability to bounce back off the canvas and be ready to engage again.

“There’ll be times, both today and during the season, when we face big setbacks and have big hurdles to clear. But with this team I know we will also rise and not sink. This is what I love about them so much.”