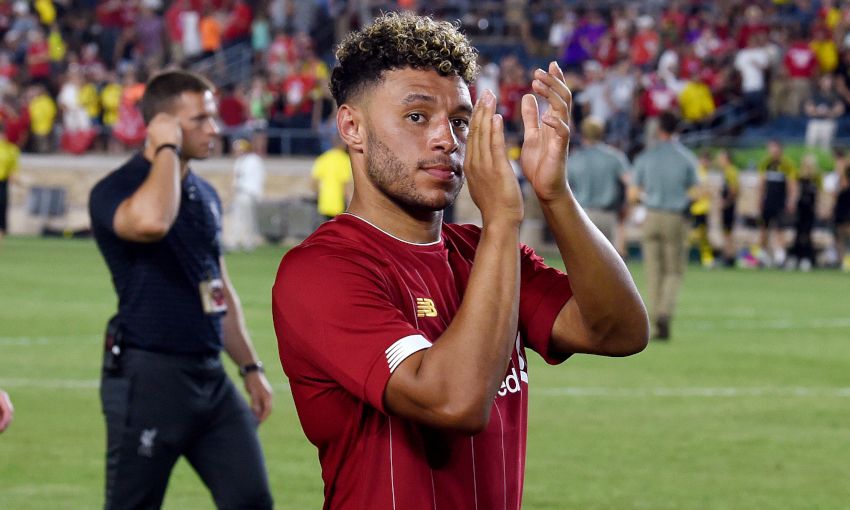 Inside Training: Behind the scenes at Fenway Park

Alex Oxlade-Chamberlain wants to 'add something' to the European champions.

The Liverpool midfielder is back after a serious long-term knee injury and, in the ongoing pre-season, is seeking to stake his claim for a place in Jürgen Klopp’s XI again.

Oxlade-Chamberlain, who joined the club from Arsenal in 2017, won plaudits for his energy and creativity from a central midfield position before his debut Reds campaign was cruelly cut short and a year-long absence followed.

Now the 25-year-old is eager to reproduce a style he believes can be a differential for the team that lifted the Champions League trophy last month.

“I feel like I can add to the squad, I feel like I play in my own sort of way in that midfield,” the No.15 told Sky Sports on Liverpool’s pre-season tour of the United States.

“Hopefully I can get back to where I left off when I got injured and add that little bit of drive that I can bring, and try to add something.

“The team did amazingly well last season without me so hopefully I can just add a little bit more to that and push us on to do some great things again.”