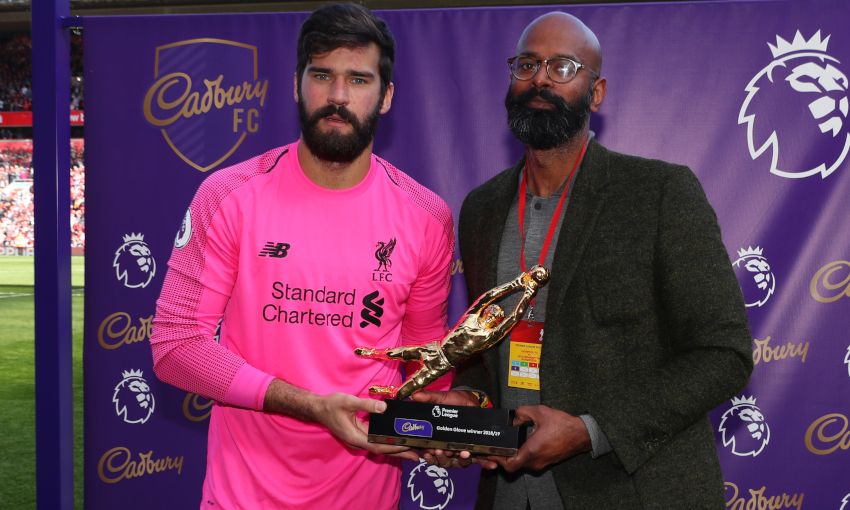 Alisson Becker has won the Premier League Golden Glove award for the highest number of clean sheets this season.

The Brazilian recorded 21 shutouts during the 2018-19 campaign, amassing one more than Manchester City's Ederson after the final round of matches.

He is the first Liverpool player to win the accolade since Pepe Reina did in 2007-08 and achieved the feat in his debut season in the division.