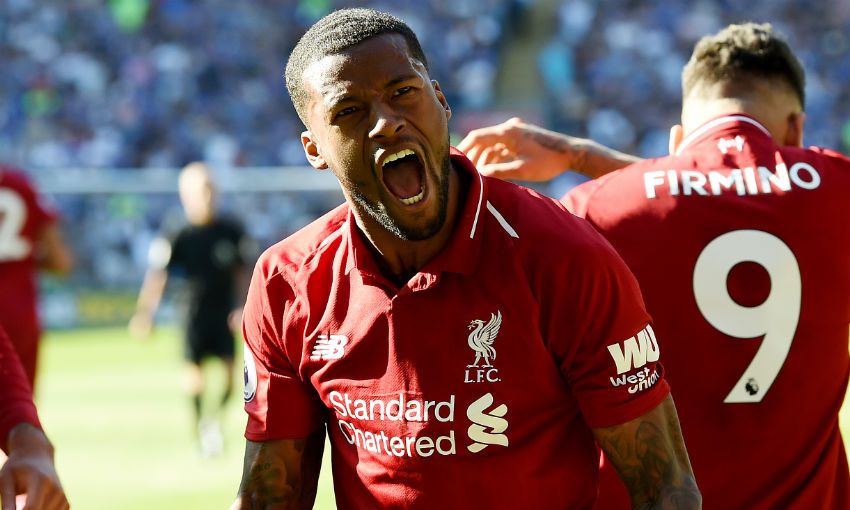 Second-half goals by Georginio Wijnaldum and James Milner sent Liverpool back to the top of the Premier League with a hard-fought 2-0 win at Cardiff City.

The Reds’ ninth successive victory in all competitions was secured thanks to an upping of the tempo after a comparatively reserved opening 45 minutes in south Wales.

Wijnaldum’s controlled half-volley from Trent Alexander-Arnold’s corner shortly before the hour put the visitors in front, before Milner’s ice-cool, 80th-minute penalty - earned by Mohamed Salah - allayed any concerns of a late Cardiff comeback.

Three changes were made to the Reds’ starting line-up from the midweek win in Porto, with Jordan Henderson, Naby Keita and Roberto Firmino coming back into the XI. Fabinho, Milner and Divock Origi dropped down to the bench.

Henderson was again deployed in a more advanced midfield berth as Wijnaldum played in the holding role. 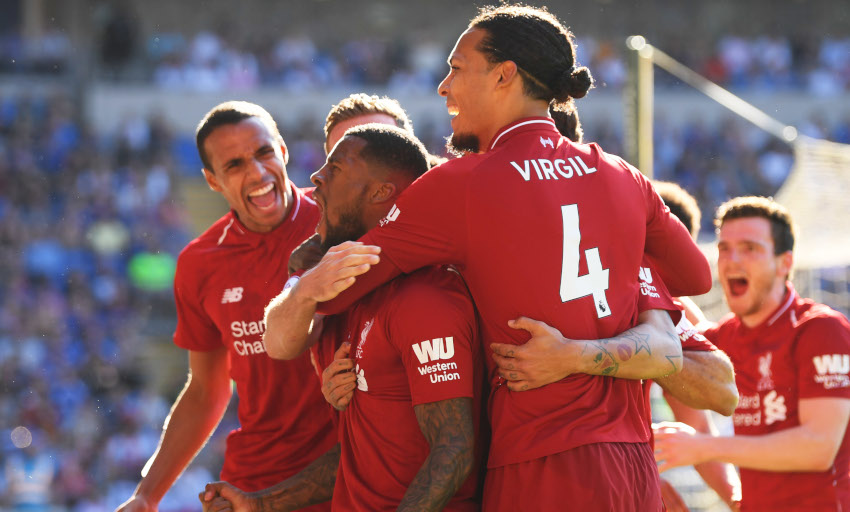 Pressure was applied on the hosts from the first whistle, with Liverpool enjoying a near-monopoly on possession in the early going.

Neil Etheridge remained untroubled in the Cardiff goal throughout that spell, though, and the visitors’ only attempt of note in the opening 15 minutes came when Sadio Mane blasted high and wide from distance.

Encouragement was given to the home team and their supporters when Alexander-Arnold’s wayward pass was intercepted and Andy Robertson had to block Junior Hoilett’s strike at the far post, but Liverpool spurned the game’s first clear-cut chance midway through the half.

A swift shift through the gears by Salah, Mane and Firmino afforded the latter a one-on-one with Etheridge, only for him to side-foot over the crossbar from 10 yards out.

The next opportunity fell to Mane, whose sharp movement enabled him to reach Alexander-Arnold’s whipped, low cross ahead of Sean Morrison. Again, however, the finishing touch went over the bar. 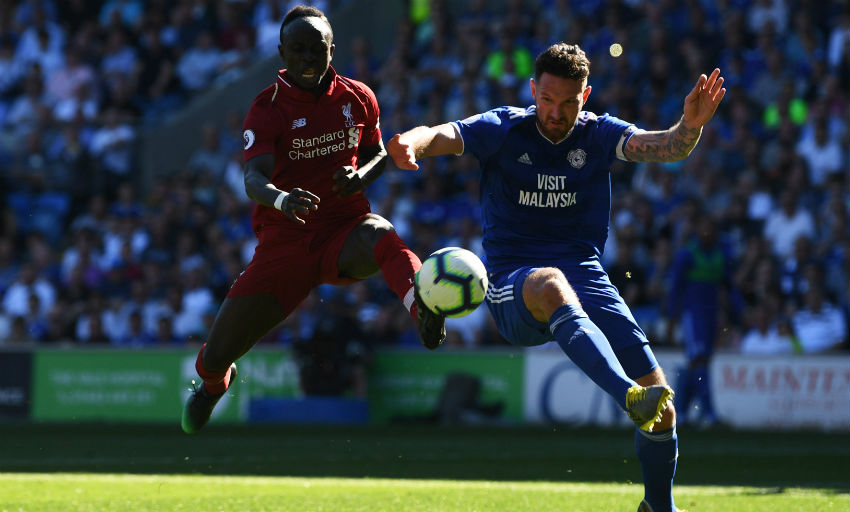 Etheridge then got down to deny Salah after the Egyptian had escaped the attentions of Bruno Ecuele Manga by rolling his marker on the edge of the area, but Alisson Becker was required to make sure the Reds went in at half-time level.

A Cardiff corner was only half-cleared and, in the second phase of play, the Brazilian reacted quickly to tip Oumar Niasse’s hooked effort over.

Morrison looped a header onto the roof of Alisson’s net in the first couple of minutes of the second period, but that early sign of promise from a Bluebirds perspective soon faded as a more purposeful Liverpool began to dominate.

Off-target efforts by Mane and Alexander-Arnold only heightened the feeling that the deadlock was going to be broken by the visitors.

And so it would prove in the 57th minute, when Alexander-Arnold and Wijnaldum combined cleverly. The right-back’s corner was cut back for the No.5, who buried his shot with the sweetest of first-time connections that sparked wild celebrations in the away end.

Henderson could, perhaps should, have doubled the advantage almost immediately, but the skipper was leaning back as he shot from Mane’s unselfish pass inside and therefore cleared the bar.

A gilt-edged opportunity to equalise was then wasted by Morrison, who nodded wide from no more than three yards out after an in-swinging corner found its way past Alisson at the near post.

That miss was soon brought into sharper focus, too, when Cardiff’s captain – attempting to atone after Firmino had blocked his clearance – hauled Salah down in the box with 10 minutes left.

Milner did the rest: the vice-captain planting a firm spot-kick into the bottom-right corner with certainty to seal a vital three points.