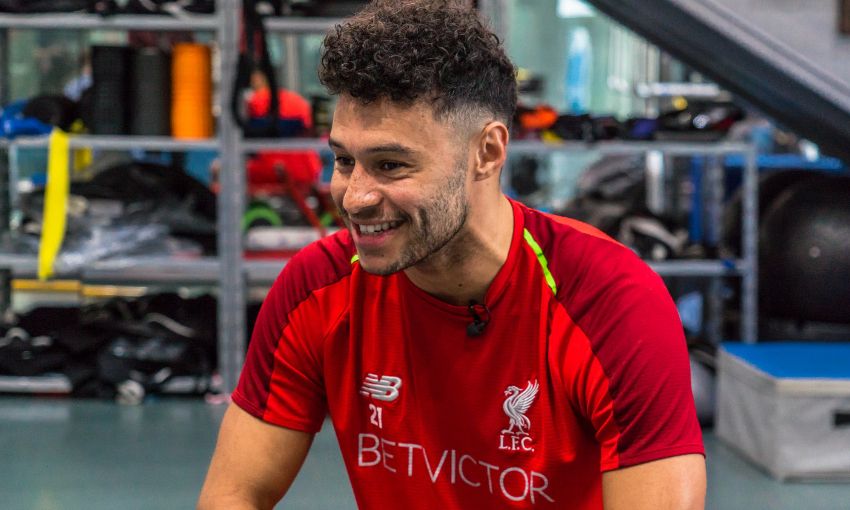 The midfielder has begun running outside on the Melwood training pitches, taking the next step on his long road back to full fitness.

And while Oxlade-Chamberlain is still some way off being considered for a return to action, Klopp is delighted by the latest development in his recuperation programme.

“[It’s the] best news, best news,” the manager told his pre-Arsenal press conference at Melwood on Friday. “He started going on the pitch and from the first step he did it looked completely normal, not like sometimes when a player is coming back from an injury and he starts running and then you see them still, not really limping, but it’s not the picture you have in your mind.

“With Ox, from the first step it looked like Ox and that was really nice. Then we had to wait for the reaction – and there was no reaction, which is even nicer. No pressure put on him, but it looks like he could maybe be back in normal training in late February – maybe, I am not sure, [maybe] March. So that gives us hope he will be back in the season.

“That’s the moment; we are usually not that excited about something like this but a lot of things can happen, it’s true it still can happen a lot after being out for that long time, but it looked so positive.

Oxlade-Chamberlain has not figured for Liverpool since sustaining multiple ligament damage to his knee during the Champions League semi-final first leg against AS Roma in April.

Klopp confirmed in July it was likely the 25-year-old would miss the majority of 2018-19 as he embarked on his rehabilitation programme.

Asked if Oxlade-Chamberlain was now ‘ahead of schedule’, the manager replied: “It is a surprise. Probably if anybody from the medical department listens to what I said, they will have a breakdown there! I didn’t want to put pressure on [him], but it’s how it looks - it looks really good.

“It looks just good but of course it needs time and each little muscle needs to adapt now again to the intensity, but what he did so far, in the moment when you have a look at him in the little sessions he is doing outside it looks like he can play tomorrow. That is, of course, not possible and there is a long time to go.

“It is so nice after that serious injury that we have this boy running, it excites all of us. It is a boost for the whole dressing room because he is such an important part of that. Even if he is only around and doesn’t train with us, it is already very important, but if he could be back in the team it would be really cool – but we don’t know.

“It is a surprise, he is ahead of schedule, which is always good news and now we will try to do all right, that we don’t push it too much, but we don’t want to hold him back. We will see, we don’t have to talk too much about his progress in the next couple of weeks and maybe next two months.

“If he makes further steps like he did in the last few weeks then he can play Premier League football this season, which is nice to know.”