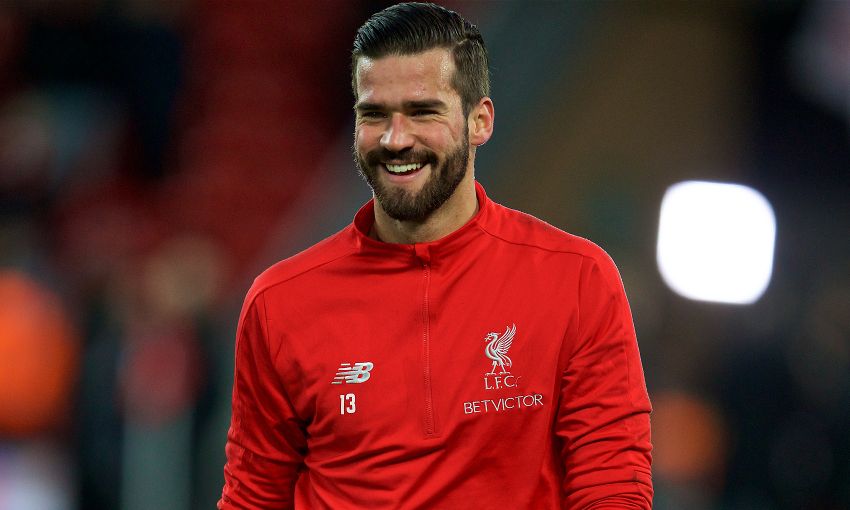 Virgil van Dijk was able to see the funny side of the goal Liverpool conceded en route to victory over Manchester United on Sunday - by jokingly telling off Alisson Becker.

The Reds reclaimed top spot in the Premier League with a 3-1 win against their arch-rivals, through strikes from Sadio Mane and substitute Xherdan Shaqiri (two).

Jesse Lingard had brought United level in the first half at Anfield when Alisson spilled Romelu Lukaku’s cross into his path inside the box.

And once the three points were safely secured, Van Dijk’s perfectionist nature came out in a jovial comment to his goalkeeper, whose outstanding form this season was otherwise hailed.

Van Dijk said: “I said to him, ‘We have no clean sheet because of you! Why did you ruin the clean sheet?’

“I made a joke out of it. He’s been fantastic for us. It happens, everyone makes mistakes.

“You see it a lot… maybe I didn’t react as well as maybe I could have. It happens sometimes. We had to all bounce back and we did.

“It was very important to win. You could say it was just another game but it was a bit special because it was against them.

“It had been a long time since we beat them at home and it was well deserved.”

Liverpool could extend their lead at the Premier League summit when they kick off the latest round of fixtures at Wolverhampton Wanderers on Friday night.

But Van Dijk insisted nobody in the Reds squad is drawing conclusions with the season not even yet at its halfway stage.

“We are in mid-December and the season is still too long,” said the No.4.

“We are very happy we’re in the position that we’re in now but that can change in two or three weeks. We’ll try to keep on doing what we’re doing and stay confident.

“Wolves is another game we want to win. It’s going to be very tough there. They are in a great moment but so are we so we will have to prepare well and know their strengths and their weaknesses.”