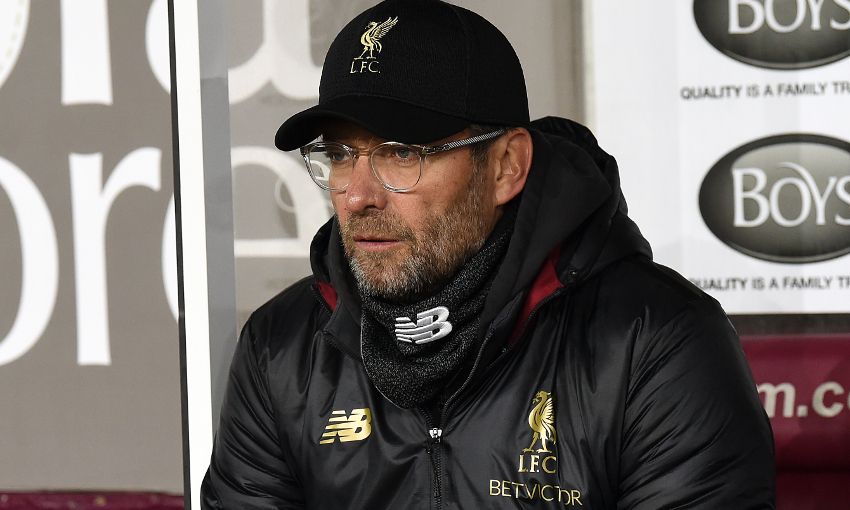 Jürgen Klopp revealed tactical adjustments at half-time were the catalyst for Liverpool's 3-1 victory over Burnley at Turf Moor.

After a goalless opening 45 minutes in the Premier League contest, the visitors actually fell behind to Jack Cork’s breakthrough.

At his post-match press conference, the manager explained the subtle changes during the interval which allowed Liverpool to be more expansive en route to their 12th win in 15 league matches.

Read a summary of Klopp’s chat with the media below…

On Liverpool’s performance and the result…

The first half was just the start, we made our life difficult by ourselves. You saw it, Joel [Matip] had two or three passes and after a long time not playing, we all know and hopefully you all remember what a player he is, but he didn’t play for a while. Then you have the first three passes and they are really awful, that doesn’t help. It was a similar situation, not exactly like it, but Alberto [Moreno] needed a bit of time, Div [Origi] needed time, Daniel [Sturridge] needed time and all that stuff. Shaq was not really involved. Then we had to change early and stuff like that, it all doesn’t help.

Burnley had a specific plan, to be really aggressive in their challenges and stuff like that, so each ball they won, even if it was a throw-in for us, helped them and obviously didn’t help us mood-wise. So I was really happy we could just adjust a few tactical things [at half-time], but I told the players I shouted a lot in the first half but I wasn’t angry. I knew it could be a bit rusty, that’s how it is with a lot of changes, but now we are warm, used to it and we adjust a little bit. We could really bring Daniel into a different position if Div is more central and Shaq more involved in another space. If we could make that a bit more clear then we have immediately better options.

We conceded the goal, I didn’t see it back but everybody asked me about offside and other things, so I don’t know if it was or not. Then, reacting like we reacted at a tough place like Turf Moor and Burnley, that’s special. It’s really good. Millie with a really, really good performance, especially physically, and scored that one. Then, finally, after a few weeks’ break, our set-pieces are back and it was really good; Bobby with his first touch pretty much. We wanted to change when we were 1-0 down, then we changed when it was 1-1 because it was clear we still wanted to win the game and that’s what we had to try. That’s what we did. The third goal was obviously brilliant. We controlled the game in a lot of moments, but in all the moments where we gave Burnley the chance to have a proper tackle and stuff like that, then it didn’t look that cool. The second half was a perfect reaction and I am really, really happy about the three points. 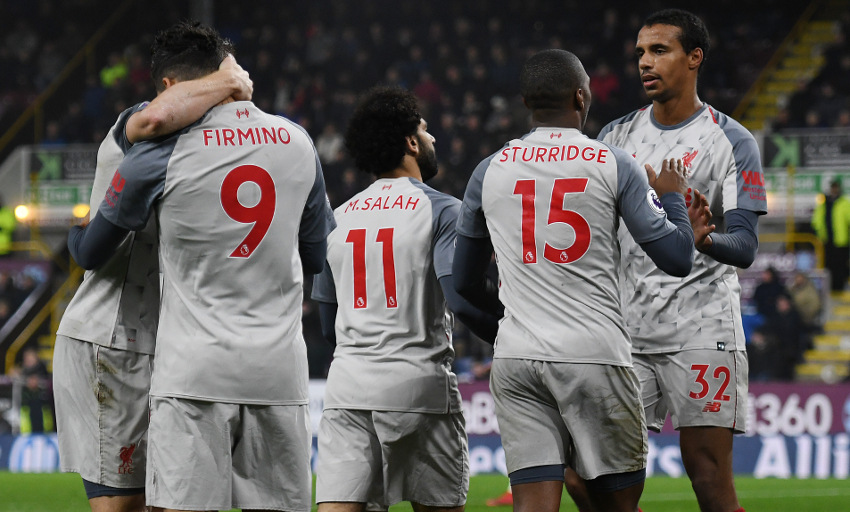 Always when Naby had the ball, at least something changed a little bit. We wanted to have positions to involve the players. To be honest, I don’t blame anybody or criticise – I would if there would be something to criticise. But we all know Shaq can play much better – turn in situations, get the ball and be a bit more decisive. The only ones who really tried to do something was Millie with runs in behind and Naby with the ball. Hendo shouldn’t be involved in that – he had to protect all the runners. So Naby made all the difference in a lot of moments. I think his blocked shot was the biggest chance we had in the first half, I’m not 100 per cent sure but at least it looked like a proper chance; Burnley blocked it. In the second half, the one-two with Mo [Salah] was a good finish and a bit lucky in that moment for Burnley. In the beginning it was really good and at the end. In the middle, we didn’t use him – I was shouting, ‘We have to use Naby!’ because he was not involved, we played long ball and big switches. Naby was constantly played over. When he was involved, he was really good.