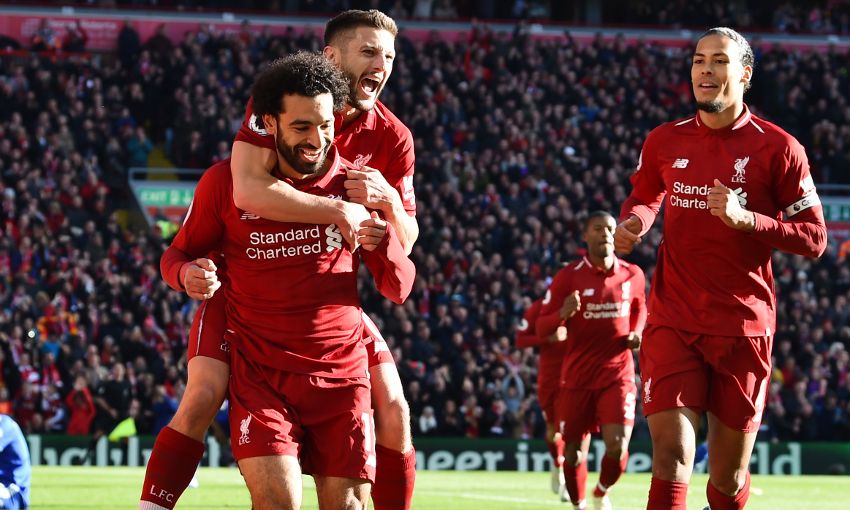 Liverpool moved three points clear at the top of the Premier League with a 4-1 victory over Cardiff City at Anfield.

Mohamed Salah’s ninth-minute goal was the difference between the teams during a first half of few real opportunities at either end.

A much livelier second period followed and Sadio Mane’s thunderous finish gave the Reds a cushion that was quickly wiped out – as Callum Paterson tapped in a low cross.

But substitute Xherdan Shaqiri clinically restored that advantage – and opened his account for the club – with six minutes to go and Mane added further gloss to the scoreline with a delicate chip moments later.

And the eventually emphatic win sent Liverpool ahead of Manchester City, who are not in action until a clash with Tottenham Hotspur on Monday night.

Jürgen Klopp made three changes to his starting XI, with Adam Lallana, Dejan Lovren and Alberto Moreno brought in, though the manager retained the formation from the midweek Champions League win against Red Star Belgrade.

Salah set a new record as the fastest man to score 50 goals for the club on Wednesday night but the Egyptian’s appetite for goals is insatiable – and he didn’t take long to start the next half-century.

Mane and Georginio Wijnaldum each had close-range shots blocked after Trent Alexander-Arnold’s cross from the right but when the ball bounced towards Salah at the back post, he emphatically slammed it home. 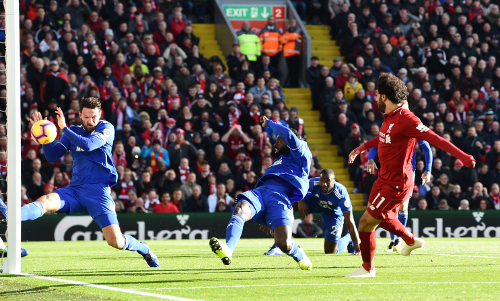 The No.11 might have added an assist to his name within moments; his precise delivery into the Cardiff area found Virgil van Dijk still up from an earlier attack but the defender – captaining the Reds again – saw his header back across goal bounce onto the post.

Space in opposition territory was conspicuous by its absence but one rapid turnover did give Mane the chance to slide a diagonal through to an unmarked Salah.

Cardiff goalkeeper Neil Etheridge had already spotted the threat, however, and won the immediate foot race to beat the Liverpool man to the ball.

With his net exposed, Alexander-Arnold fired back a long shot that turned into a pass. Salah was the recipient at the edge of the box but his tussle with Sean Morrison ended with the forward on the floor and the referee waving away penalty appeals.

From there, though, it was a case of not quite.

The visitors formed an organised defensive wall that the Reds found difficult to penetrate and, when they finally did in first-half stoppage-time, Morrison was perfectly placed to clear Lallana’s header from Moreno’s cross off the line.

The theme continued after the interval and there was, in fact, a reduction in notable goalmouth action, prompting Klopp to introduce Shaqiri on the hour mark.

But it was Mane who produced a second goal to settle the nerves.

Outstanding the 66th-minute strike was, too, the Senegal international bustling through the challenges of Bruno Ecuele Manga and Victor Camarasa to swipe a fierce drive from left to right past the reach of Etheridge. 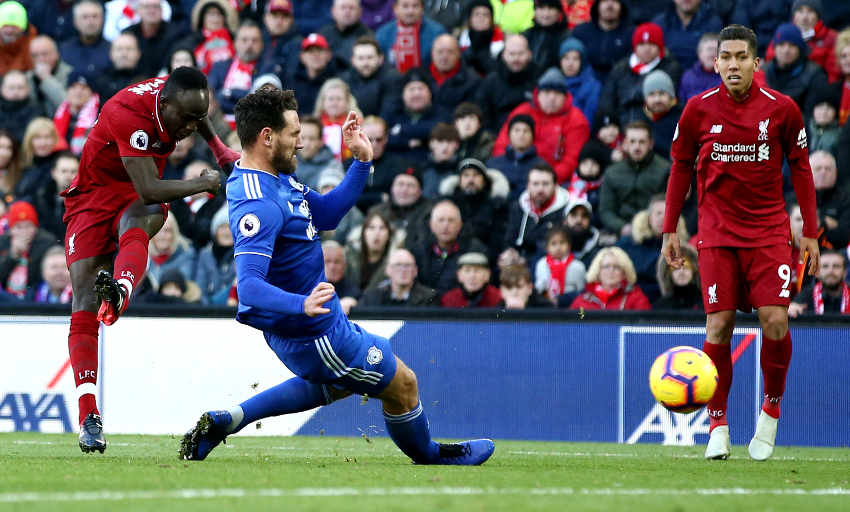 Liverpool’s newly-increased advantage did not last as long as they’d have liked and the visitors threatened to set up a tense finale with a strike of their own 13 minutes from time.

Neat passing on the right flank created space for Junior Hoilett to thread a low cross into the near post, where Paterson got ahead of Alisson Becker to tap in.

But the Reds produced exactly the response Klopp would have wished for.

Salah was the architect and Shaqiri the scorer of their third, the former clipping an inviting pass into the area for the latter, who calmly shuffled around the recovering Morrison and picked out the left corner.

And there was still time for a fourth; Fabinho won back possession, Mane and Salah swapped the ball at speed and the No.10 sprinted away before lifting a finish over Etheridge and in to sign off a testing afternoon in exquisite fashion.