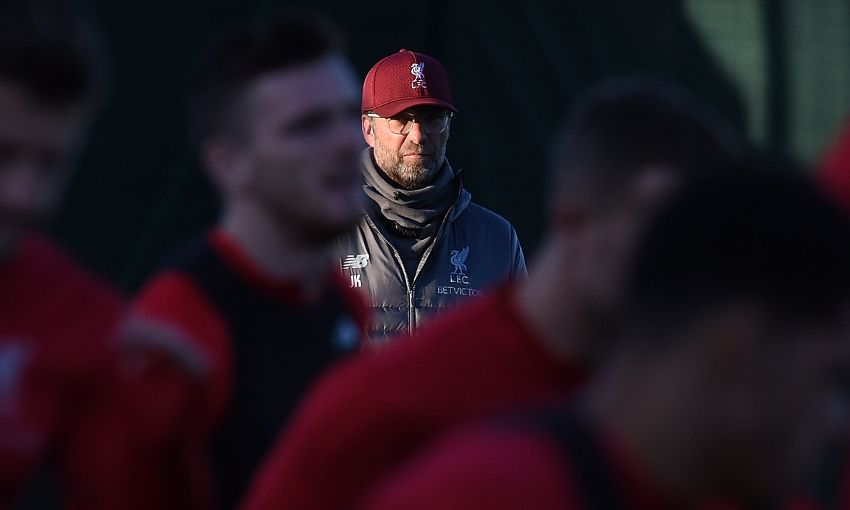 The change of challenge for Liverpool during the next phase of the season is likely to see Jürgen Klopp make more alterations to his team than previously this term.

Klopp has maintained a largely settled side since August with five players featuring in all 11 games and a further six clocking up 10 appearances.

The Reds resume their campaign by travelling to Huddersfield Town on Saturday before a further five Premier League and Champions League games until the next international break.

The nature of the upcoming fixtures could see the manager shuffle his options more regularly, he explained.

“We have played eight games so far, that’s still early in the season. It was interrupted twice already now and it’s like you always start anew again,” Klopp told Liverpoolfc.com when asked about the prospect of changes in the coming weeks.

“The seven games we had between the last two international breaks were the toughest schedule I’ve ever heard about.

“That needs time; I would love to change that but I can’t make it quicker. But at the end, we know they will be exactly on the same level of understanding for what we want to do as all the others.

“That made it so difficult to change a lot; not only one or two little injuries and stuff like that, it was actually that the team from last year was used to what we do in specific situations.

“It worked really well apart from Naples, that was really bad, especially that part of the game. That’s what made it so difficult.

“Now we have games where we will probably have more possession than we had in all the other games, so we have to think about something different and can use the players a bit more, which we try to do of course, but it all depends who is fit and who is not fit.”