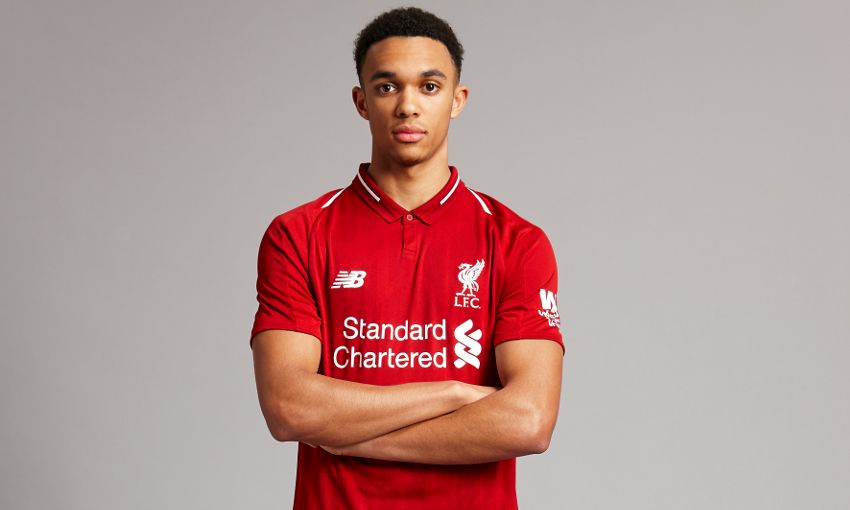 Trent Alexander-Arnold knows exactly what he wants for his birthday.

So much so, in fact, he doesn’t even need to consider the question.

His answer is as simple as it is instantaneous.

“You want a good and happy day on your birthday – and nothing would make me happier than getting the three points,” he tells Liverpoolfc.com during a chat at Melwood ahead of the blockbuster Premier League showdown with Manchester City.

Alexander-Arnold bids farewell to his teens as he turns 20 today and is delighted to mark the occasion with a tussle against the defending champions.

“It’s a dream come true [to play in a game like this],” he adds. “You want to play in them all the time, play as many of them as you can and test yourself against the best players.

The encounter is Liverpool’s final one before the international break. Their seventh over the last 23 days.

In the past month, the Reds have beaten Tottenham Hotspur at Wembley, overturned Paris Saint-Germain at Anfield and drawn 1-1 in a high-octane test away to Chelsea.

The key to obtaining such results?

“It’s the full concentration that you need,” Alexander-Arnold tells us. “You cannot switch off at all because you’ll get punished.

“Against the top teams in the Premier League, like Man City and Chelsea, if you switch off for a second, a goal could be going in. That’s the difference – it has to be full concentration, not switching off or taking a break.

“It’s something the manager drills into us: that even when the ball is out of play we still need to be focused. You cannot switch off at all because that’s when mistakes happen.

“We don’t want mistakes or to concede goals or chances – we want to be on the front foot for the whole game.” 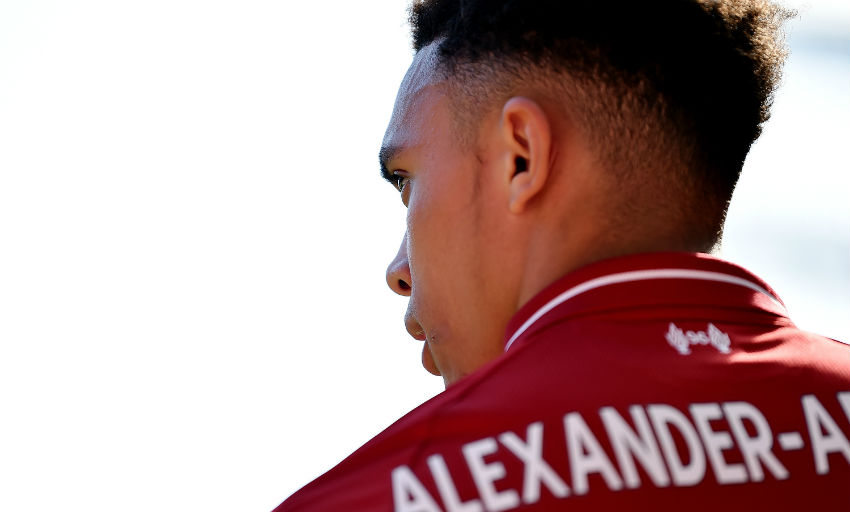 ‘Full concentration’ was perhaps a reason, then, Alexander-Arnold was able to serve up two outstanding individual performances during Liverpool’s Champions League quarter-final success over City in April.

Directly facing the talented, jet-propelled Leroy Sane, it felt like a coming of age moment for the Reds’ young full-back.

He must have been pleased…

“If you got isolated one versus one against those type of players, more often than not they’re going to beat you. I think if you look back at the two nights, you’ll see I had help coming from all sides. It meant the attackers and especially him weren’t able to do what they like to do as much, so a lot of thanks goes to the players who came and supported around me and helped me out.

“But Sunday is a new test, a different challenge and everyone improves and everyone keeps trying to push forward, so there is no doubt Sunday will be a tough test.”

They’re words that belie his tender age, but surely Alexander-Arnold can take some personal satisfaction from how he performed in assisting Liverpool’s progress into the semi-finals of the Champions League?

“They’re definitely up there [with my best performances], if not the best, I’d say,” he states, without a hint of his modesty peeling away.

“Especially the home game, it was probably the most comfortable, at home and confident I’d felt in a game. That’s down to the players, the fans, the manager and the feeling I got going into the game. I went out there and enjoyed it. I think that’s important to do. If I get the chance on Sunday, I’ll try to do it again.”

If he does get that chance it will be game number 55 in Liverpool’s first team.

Match No.1 was a League Cup tie with Tottenham Hotspur at Anfield on October 25, 2016.

In between, Alexander-Arnold has established himself as a regular, been named the Reds’ Young Player of the Season, played in a Champions League final, won senior international recognition and been part of England’s World Cup finals squad and, most recently, been shortlisted for the 2018 Golden Boy award.

“The dream come true, really,” he smiles. “It’s a dream every single day that I am given the opportunity to do what I do and that’s down to the faith that’s been shown in me ever since I’ve been at the club from when I was young. It’s a big thanks to the club for showing me that faith and supporting me and my family.”

It’s tradition within the first-team squad for the players to be serenaded by their teammates and backroom staff on their birthday.

“I’ve never had it before because normally my birthday drops during the internationals, so I think I might go a bit red in the face,” Alexander-Arnold confesses.

“I’m not sure when they’ll do it because we play on Sunday. Hopefully after a win – but then hopefully we’ll all be singing after the game.”

Once the match is finished, what else is on the agenda for Alexander-Arnold’s birthday celebrations?

“I haven’t got anything planned, to be fair,” he says. “I’ll probably just go home, spend time with the family and open my presents.”

He’ll be hoping by that stage he’ll have already played his part in getting the gift he’s yearning most for.