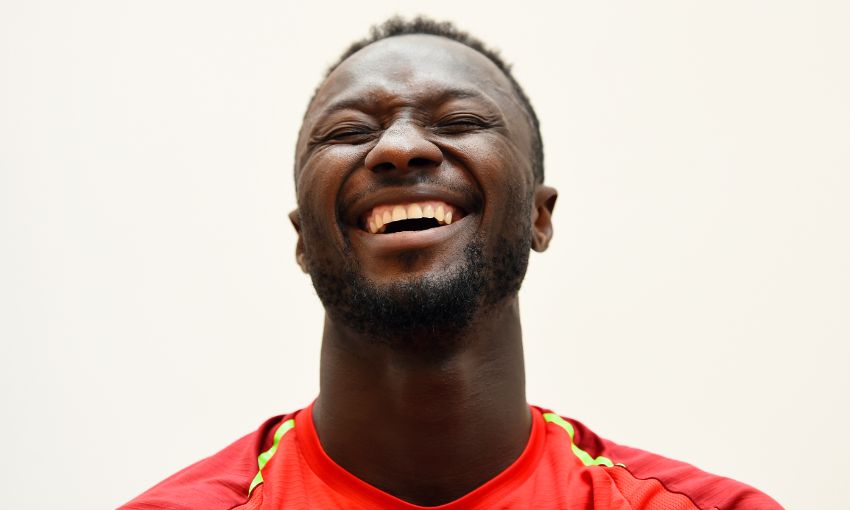 You asked and he answered.

Naby Keita recently joined Liverpoolfc.com at Melwood for an interview with a difference - all of the questions were provided by Reds supporters.

So, where does he keep his tomato ketchup? Has he heard his new LFC song? And is he aware of the Baby Keith nickname borne out of autocorrect?

Read on to find out the answers from the man himself - and plenty more about Liverpool's No.8 besides... 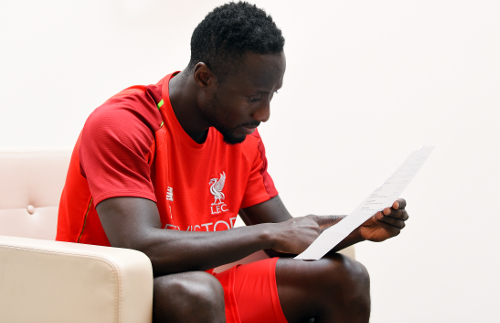 Michael Samuel, Auckland
Who is a better dancer, you or Sadio?

That would be me.

Why? Because since I was a little lad growing up in Guinea, we always love to dance back home, and I’m someone who loves music myself.

Willy Jackson, Lagos
What would you say is your best attribute as a footballer?

The thing that I do best in football? Well I reckon it’s every weekend that I go out onto the pitch with my teammates, and every time we win, that gives me great pleasure.

It’s not the most important thing for me to score goals, but if I do, that always makes me happy. But the key for me as a midfielder is to win the ball back and then distribute the ball to my strikers and create chances for them to score.

Claude Powell, Ireland
What three things would you take to a desert island?

So, I’d take a little ball so I could have a kick-around now and again and keep myself entertained. Maybe take a friend?

Oh, no people, right. I’d go there on my own, I’d take the football, and it would be good if there was a gym so I could keep myself in shape. I’d like to have a little boat there too so I could have a little trip around the island! 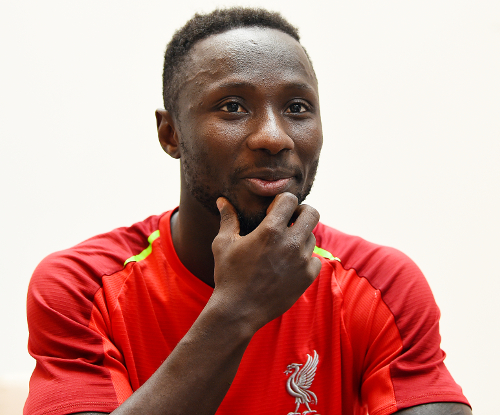 Katie Price, Huyton
Do you have any superstitions before matches?

Firstly, before every game, I always speak with my mum. She really encourages me a lot. Then once I’m out on the field, I say a little prayer for my team and for everyone on the field, both sides, so that nothing bad happens, no-one gets injured. Yes, I do that every single game, pray for both sides so nothing untoward happens, like a bad injury.

Nick Langridge, Oxford
What do you plan to do after you retire from football?

The plan I have in my head right now for when I retire is to go back to Guinea and set up something that will help young kids back home progress and maybe find their way to play football in Europe, like I myself have done.

Andreas Bø Tunge, Norway
What is your favourite food?

I like salad! Tomato, cucumber and lots of good things you can add in there, but in general I do like to eat a lot of salad.

David Knight, Runcorn
Who in the world makes you laugh the most?

I like comedians in general and they make me laugh. Even before the game sometimes I might watch a few clips which make me laugh as that then helps me to relax. I like Kevin Hart. 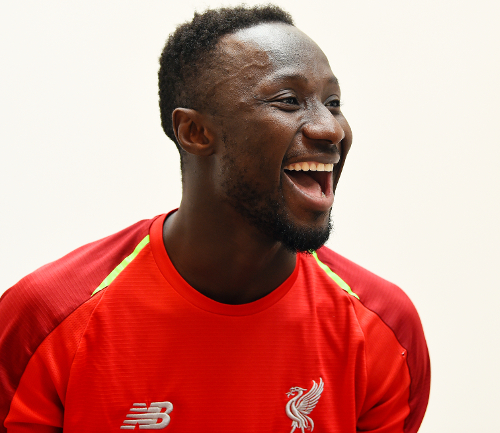 Tea, no milk or lemon, but mint tea.

Putri Azka, Indonesia
What kind of music do you like? And who is your favourite musician?

Thomas Groves, Australia
If you could invite four people to dinner, who would they be and why?

I’d call my family – mum, dad and my two brothers. Sometimes I invite my mates round and we eat together. Sadio and I also eat together quite often too.

I sometimes make dinner but sometimes the chef from here comes round and makes us dinner. On occasions we’ll eat at Sadio’s and he’ll cook; then on others, at mine. He makes us dinner to go and also comes and cooks at my house. It helps us avoid eating just any old stuff. Eating the right balanced diet is important for us here.

Omar al Ameeri, Dubai
What is the greatest advice that has been given to you?

I remember some advice from my dad. If I’d lost a game he would call me and say, ‘It’s always been like this, even the very best have to lose now and again, you need to be strong and not get too down and give up. Just keep up the hard work.’

Reece Myers, Bury
What are your thoughts on the English weather?

It might rain a lot, but that’s something that I can accept right now. I’m here to play football, but hey, if it rains it’s just part and parcel of being here and it is what it is. We don’t have a choice in the matter. People told me about the cold in winter, but yes, once again it’s all part of our job as footballers, we have to just accept it and get on with it. Now, the weather is good.

Paul Wright, Liverpool
What do you think of this song?

I would like to thank them for it. It just really makes me want to fight even harder on the pitch and make all the fans happy. 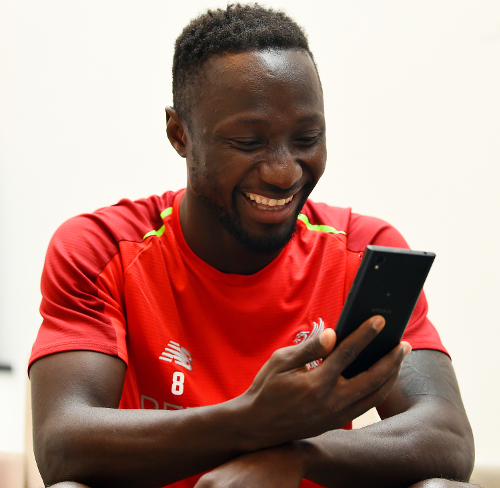 He gives everyone hugs. I like him. He’s someone who, how can I put it, well, he treats everyone the same. All the players are equal for him, he’s close to everybody, I see him at training, and even with the guys who aren’t playing at the time, he’s the same with everyone. If you get a hug after the game, it means that we’ve won the game and also that you’ve done a good job too I reckon.

Areef Rehman, UAE
What is your favourite childhood memory?

There are lots of memories. When I was a kid, we used to play these little knockout tournaments in the streets by ours, I was always determined to play well and people used to tell me that one day I’d play in Europe. But back then I was only eight or 10 years old so I had no idea about going to Europe or what that would be like. So when I got to the age of 15 or 16 that was when I began to really focus and concentrate on my future.

But the biggest memory I have from back then was playing in the street and scoring and creating lots of goals. We would play all night from six or seven o’clock when we were back from school until it got dark.

Jirayu Ketsuwan, Thailand
What has been the most embarrassing moment of your life?

One time at Salzburg, we were on our way to a game and I always preferred to take my match boots with me rather than handing them to the kit-man to take with him. So this time I forgot to take them with me as we left. Fortunately, he had a spare pair with him, but he said nothing in order to make me sweat a bit! So I was stressing about it as I was starting and I looked all over and I had nothing with me! I was a bit worried, everyone was looking at me! Then in the end it turned out he had a pair for me. Everyone knew about it too! 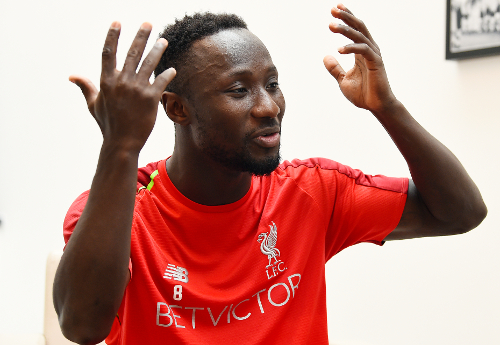 Jason Yim, California
Do you sing in the shower? If so, which songs?

If there’s any music on here when we’re in the shower, everyone joins in and sings along.

At home I put on some music when I have a shower and I listen to that and dance at the same time.

Benjamin Harris, Guildford
How do you deal with any criticism as a footballer?

For me, personally speaking, to my mind, criticism is all part and parcel of our job. It all depends I guess, but if I am criticised at all, I just get to work and don’t get down about it but try to be a big presence on the field and to do everything I can to help my team to win.

Josh Robinson, Scotland
Who is the hardest player you’ve played against?

When I used to play against Bayern, Xabi Alonso always used to give me a really hard time. He was so experienced, he made me suffer. The way he’d keep switching play just meant that you could never stop running. He was very intelligent.

Archie Prentis, Windsor
Why are you always so happy?

Andrew Walsh, Wirral
Do you keep tomato ketchup in the fridge or the cupboard?

It all depends… sometimes I might put it in the fridge or then again I might forget and put it on the side in the kitchen! I don’t use it a lot as I eat my meals here quite often. 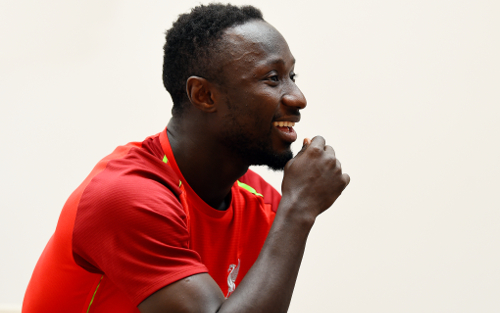 Kristoffer Jøstne, Lillehammer
Which game are you most looking forward to this season?

I’m not too interested in stuff like that, because I’m the sort of person who in my mind considers every team to be equal. I play against every opponent at the same pace and with the same intensity, and the most important thing is to win. No match is more important than another. For me there are no so-called ‘smaller teams’ or easy games. You have to be always totally focused on every game in order to win.

John Francis, Liverpool
Are you aware of your Baby Keith nickname?