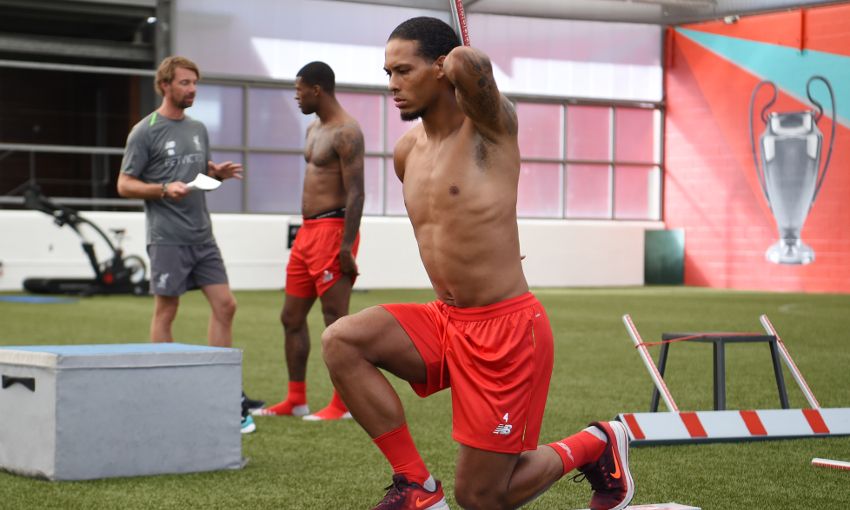 We tracked Virgil van Dijk and Georginio Wijnaldum on their return to Melwood for the opening day of their pre-season programme on Sunday.

The Dutch duo were back at the training ground to start their preparations for the new campaign slightly later than their teammates, having represented their country after the end of last season.

Both men reported earlier than required on the day – which was also Van Dijk’s 27th birthday – to begin catching up with the rest of the squad amid glorious sunshine.

Here is the story of the day…

The first stop for the pair is Melwood’s indoor-outdoor arena, where Van Dijk is the first to go through a series of exercises and assessments under the watchful eye of the club’s medical staff and a camera.

As Dutch music coincidentally loads up on the playlist in the background, Wijnaldum arrives moments later and observes his compatriot, who is experiencing the specifics of a Liverpool pre-season programme for the very first time, while waiting his turn.

The screen test examines the players’ movement and stretching capabilities through a series of physical activities – as you can see in the photo gallery below.

“The lactate test is next. It’s not fun but you have to do it because then they can see how far you are [in terms of fitness] and what you have to work on,” says Wijnaldum.

“My life is getting better and better!” laughs Jürgen Klopp.

It’s 10am and the Liverpool manager has just been reunited with Van Dijk and Wijnaldum as they prepare to start the annual lactate test in the mid-morning heat.

The exercise tests players’ endurance levels on day one as they run circuits of a marked track on the Melwood turf at increasing speeds.

Each change of pace is preceded by a two-minute break during which blood samples are taken from the ear to test heart rate and blood lactate.

Van Dijk and Wijnaldum’s edition is soundtracked by the voice of Klopp, cajoling them as they tire, as well as John Achterberg, Peter Krawietz, Pepijn Lijnders, Andreas Kornmayer and the rest of the backroom staff involved in the test.

After 45 minutes, the running is done and it’s back inside the West Derby base to refuel.

“Robinho!” exclaims Van Dijk from the boot area adjacent to the training pitches.

The No.4 spots fellow Reds defender Andy Robertson coming downstairs from the canteen before heading out for a recovery session with the rest of the squad who played in Saturday’s 7-0 friendly win at Chester FC.

They share a hearty hug and soon Van Dijk is beckoned back outside to receive birthday wishes from his colleagues, along with goalkeeping coach Achterberg, in multiple languages…

Around midday, the duo switch location to the gym, where they stretch their legs on the exercise bikes and conduct more preliminary tests under the guidance of Conall Murtagh and Richie Partridge.

A force plate is used to measure the force they can put into jumps and the heights they can reach, providing an indication of the strength of their muscles and groins. 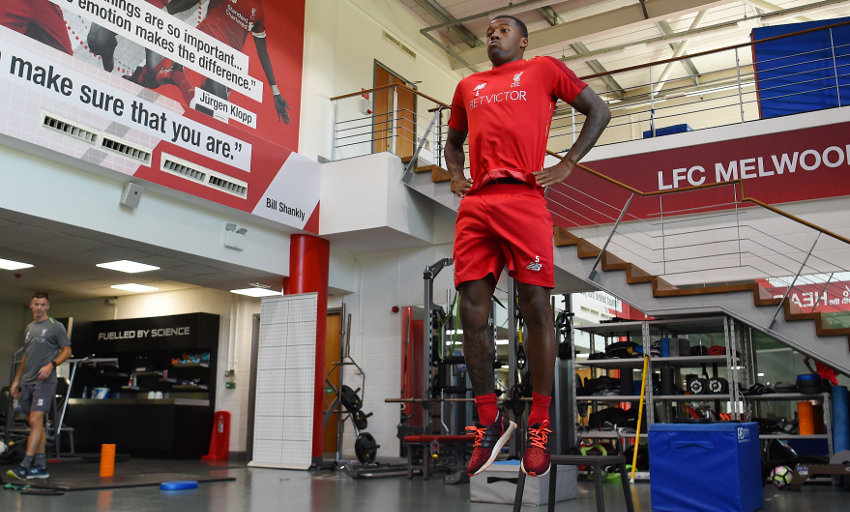 Once their work for day one is done, they take lunch in the canteen and Wijnaldum discusses the World Cup – and its potential winners – with James Milner and Joe Gomez.

Van Dijk spares five minutes for a catch-up with LFCTV in reception before heading home to enjoy the remainder of his birthday in satisfied mood.

“It has not been an easy day. It’s always a bit difficult to start up but I’m just happy to be back. Now we can get back to work,” he says.