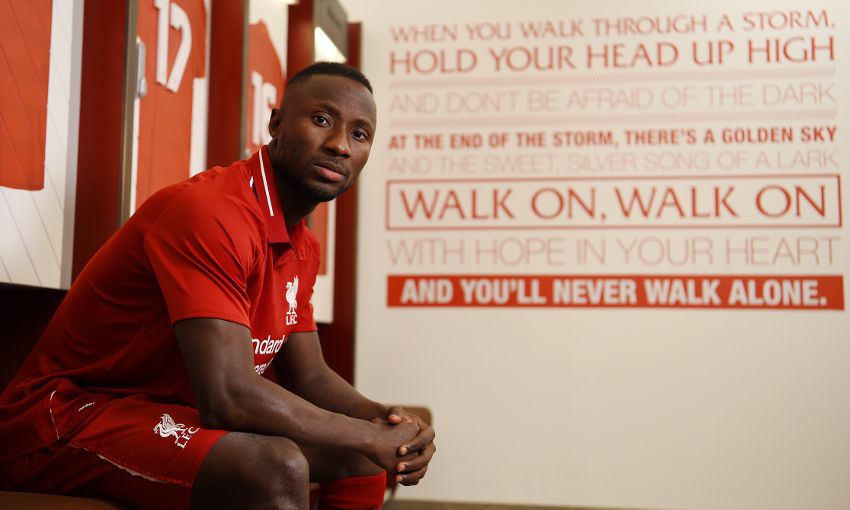 Naby Keita has explained why watching Liverpool’s scintillating performances throughout the 2017-18 season served to further whet his appetite ahead of his transfer to the club this summer.

The Reds agreed a deal with RB Leipzig last August for the future transfer of the midfielder, meaning he remained with the Bundesliga side for the duration of last season, during which he made 39 appearances and scored nine goals.

Ahead of pre-season training starting on Monday on Merseyside, he will officially seal his move to Anfield on Sunday July 1 – and he can’t wait to get started alongside his new teammates after being captivated by their displays last campaign while watching on television in Germany.

Keita, who will take the No.8 jersey, sat down with Liverpoolfc.com for an exclusive introductory interview – and subscribers can watch it online now. Not signed up? Click here to do so.

Alternatively, read on for the full transcript.

Naby, welcome to Liverpool… How excited are you to finally be here and be a Liverpool player?

Thank you. When you see how they performed last season it makes me want to do the same and to be a part of this team. I would like to be able to achieve a similar kind of season with them next season – but even better.

What made Liverpool the right club for you to decide to join when you made the decision last summer?

What was it like knowing throughout last season you’d be coming to Liverpool at the end of the season?

It wasn’t easy for me to take in, but I had a contract with the team I was with so I had to focus on playing for them. But now I am here and it is another step for me.

Did you follow Liverpool’s matches? What did you make of the season?

Yes, I saw nearly every one of them! It gave me the motivation to be with the team and to try and find my place within the team.

​How much are you looking forward to playing behind that Liverpool attack, with Mane, Salah and Firmino in front of you?

Very much. I think it really depends on the coach on whether I’m behind them. But I am looking forward to playing with them in this team. It is a team that can beat anybody in Europe and has a lot of potential. I can’t wait to play in this team.

What kind of qualities do you hope to bring to Liverpool?

Firstly, I am somebody who plays in a defensive role and we need to start with that, but then I need to bring the ball forward and help the attack. I’ve always got a desire to win – I believe I’m a winner.

And do you believe there is still room for improvement?

Yes, of course there is. When I see how things have progressed here, I think if I am brave I can do the same and develop further. 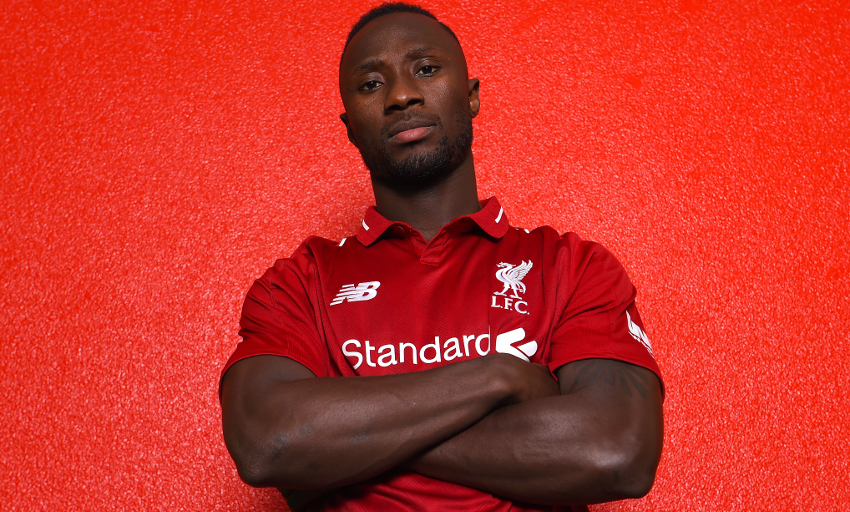 How much are you looking forward to working under Jürgen Klopp?

I am really looking forward to working with him, but a lot of it depends on me and whether I have the courage to take my chance. And then how I perform on the pitch if I get that chance.

You already have someone you know very well here - Sadio Mane - how important is he going to be in helping you settle in quickly here?

Yes, of course he can help me. He is like family to me. We were friends at Salzburg, he was like a brother to me. After training we used to go home together. He was my best friend there. During my integration into the team, he’ll be there for me. We did eight months together at Salzburg and I’m looking forward to being his teammate once again.

How much are you looking forward to beginning pre-season training with your new teammates next week? 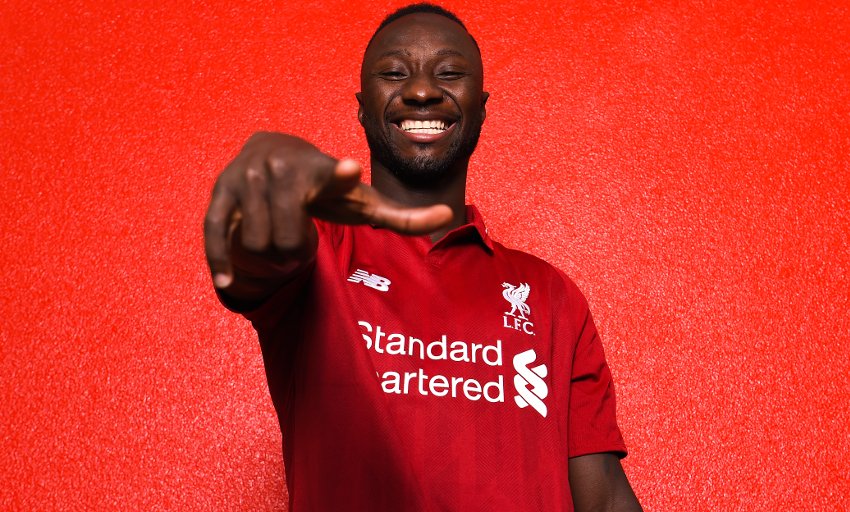 When I went into the changing rooms, the emotion took over me. I like the colour red, it suits me! I took the shirt, it is an honour to have this shirt and play for such a huge club. When I was young, I didn’t know a lot about Liverpool, but when I was coming here my father told me about the history of the club. When I was small, my local team actually played in Liverpool kits.

You’re taking the number eight jersey here – how much of a privilege is that?

Yes, it pleases me a lot. It’s an important number and it carries a lot of history – but more importantly for me, having this number gives me the motivation to play and to follow in the footsteps of the players who’ve worn this shirt before.

You’re the first player to wear that number at Liverpool since Steven Gerrard. I believe you’ve already met him…

It was an incredible day for me. He gave me the No.8 jersey. When it happened, it was a surprise and I didn’t expect it. When he came in, I looked and him and said ‘wow’ because he is a legend. He is somebody who always showed respect, who gave his all on the pitch, somebody who is loved here. If somebody like that gives you his shirt number, it’s not to play around with, it is to try and do as much as he did – that’s my motivation.

Lastly, for the Liverpool fans reading this interview, waiting to finally see you play for the club, what would your message be to them?

I am going to do my best to carry on helping the team progress, even more so next season. I hope I can make them smile.