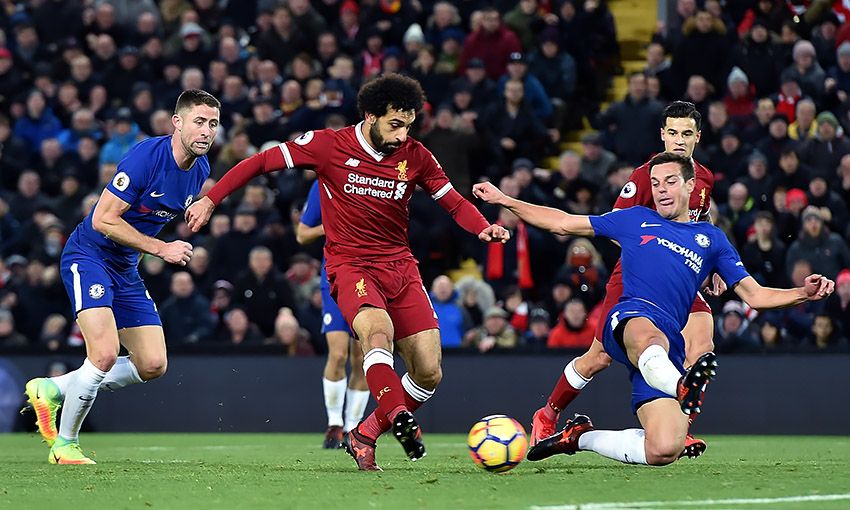 The Reds forward is currently tied with Luis Suarez, who netted 31 top-flight goals during the 2013-14 season.

Salah has scored an incredible 43 goals in all competitions this term and if the Egyptian finds the net at Stamford Bridge today he will also equal Suarez's club record of 14 away goals in a season.

Liverpool are unbeaten in the last six league meetings with Chelsea - winning two and drawing four.

If  the Reds avoid defeat today it will be their longest run without defeat against the Blues in the Premier League era.

Since the inception of the Premier League both teams have won 19 of the 51 clashes, with 13 draws.

Liverpool have scored in eight of the last nine league meetings at Chelsea. If the Reds find the net today they will set a new club record by scoring for the eighth league game in succession at Stamford Bridge.

The Reds' overall tally for the campaign currently stands at 130. In only one season (when they scored 138 in 1985-86) have Liverpool netted more goals in a season. 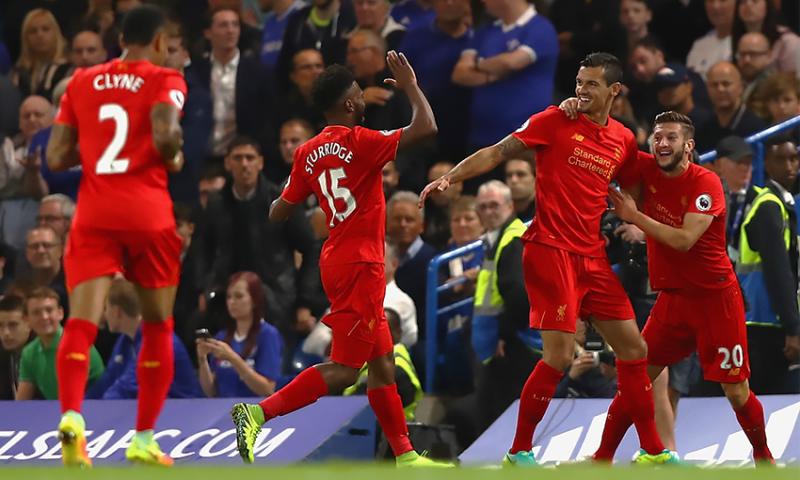 Dejan Lovren could make his 150th appearance for Liverpool in the league.

The centre-back's first Premier League goal for the Reds came in this fixture last season.

Virgil van Dijk's next appearance will be his 100th in all competitions for an English club.

Of the 22 teams Chelsea boss Antonio Conte has faced in the Premier League Liverpool are the only team he has failed to beat.