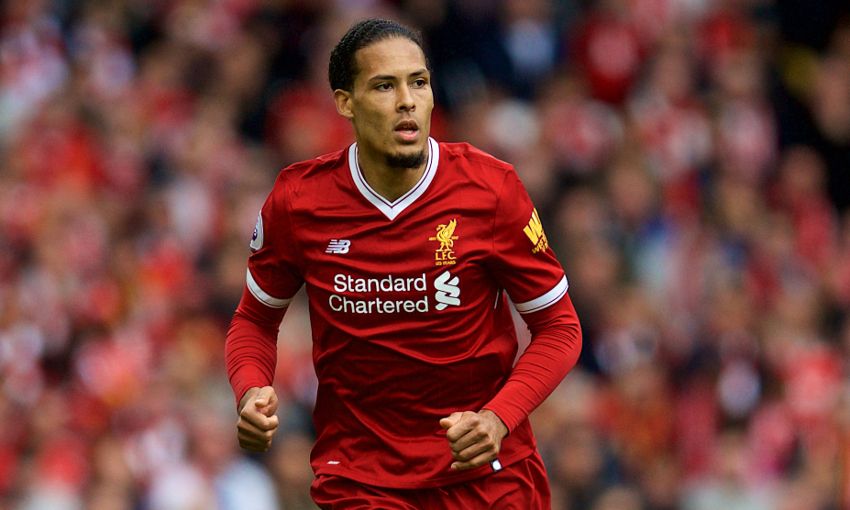 Virgil van Dijk urged Liverpool to 'move on' from the goalless stalemate against Stoke City and rise to the challenge of booking a place in the Champions League final.

Four days on from the 5-2 victory over AS Roma, there was a much more sober affair at Anfield as the Reds were held to a 0-0 draw by the Potters in the Premier League.

The frustrating result means the race for a top-four finish has tightened up, with Jürgen Klopp’s side set to take on Chelsea at Stamford Bridge next Sunday.

Before then, though, they travel to Rome for the second leg of their European semi-final – and Van Dijk insisted the players have to embrace the excitement surrounding such an important week.

“Everyone gave 100 per cent; sometimes it doesn’t go well, that happens,” the No.4 told Premier League Productions after Saturday’s draw with Stoke.

“It was a frustrating game. We had good opportunities and most of the possession. We’re disappointed but we need to move on – there are a big couple of days ahead and we need to recover well.”

On the magnitude of Wednesday’s decisive return clash with Roma, the Dutchman added: “I feel excited. These are the big games and a time that you want to be a part of with the squad and Liverpool. I’m enjoying every bit of it.”

Injuries continue to afflict Klopp’s team at the most crucial time of the season and part of the manager’s changes for the visit of Stoke involved Trent Alexander-Arnold beginning the match in midfield.

The 19-year-old suffered a dead leg in the opening minutes of the encounter and had to be withdrawn midway through the second half, but Van Dijk felt his teammate coped well with the new role.

He said: “It was a bit of a different situation for him. We wanted to switch up the formation sometimes. It was good to see him there and it’s good for his development.”