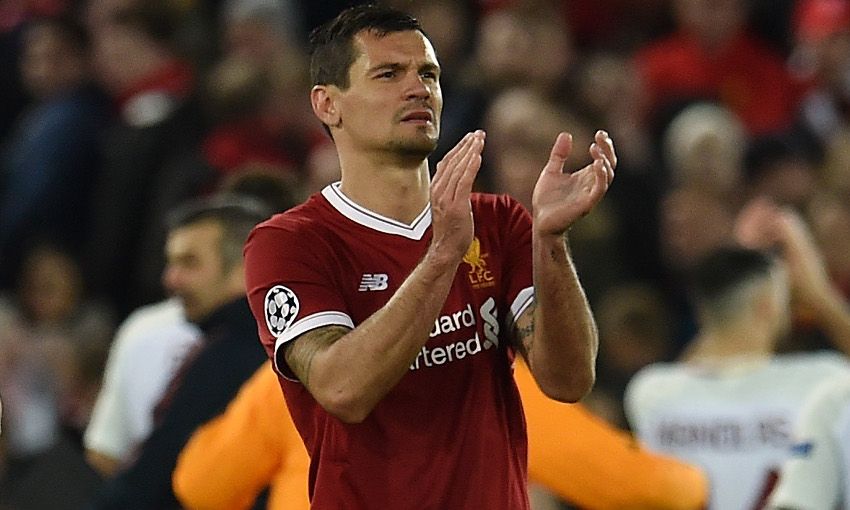 The Reds will take a commanding aggregate lead into next week's return leg in Rome after Mohamed Salah, Roberto Firmino and Sadio Mane all netted in a thrilling Anfield victory.

Eusebio Di Francesco's team retain some hope of reaching the tournament's final thanks to late away goals from Edin Dzeko and Diego Perotti.

But, speaking at full-time, Lovren was still largely delighted with a result he feels will send reverberations across the football world.

He told Liverpoolfc.com: "It was fabulous to play a game like that. [It was] a fantastic atmosphere from the beginning and we showed our quality again.

"We created so many chances. It was enjoyable to play in – and to watch for football fans. We showed the world what we can do.

"In the last 10 or 15 minutes we struggled a little bit with controlling the game, it's hard to explain. But I'm pretty confident we can get a good result there."

Roma must score at least three goals without reply at the Stadio Olimpico next Wednesday to book their place in the tournament's showpiece fixture in Kiev.

The Italians did just that in the last round, bouncing back from a 4-1 defeat to Barcelona at Camp Nou to secure progression on away goals courtesy of a 3-0 home win.

Lovren acknowledged that an intelligent approach will be required from Jürgen Klopp's side in Rome, though he is comforted by the fact that the hosts will need to come forward.

"They are a team who like to play football, they are not scared to play against teams like us," he added.

"Maybe they will approach the next game differently but if they want to score they should attack.

"We will have chances there again. We will go there like it is 0-0. We need to be clever."

The Croatia international also paid tribute to Salah, who scored two incredible goals and laid on another two in one of the great individual Champions League performances.

"It's just a pleasure to play with him, such a brilliant man on the pitch and off the pitch," Lovren said.

"Hopefully he can stay injury-free and we can make history with him."