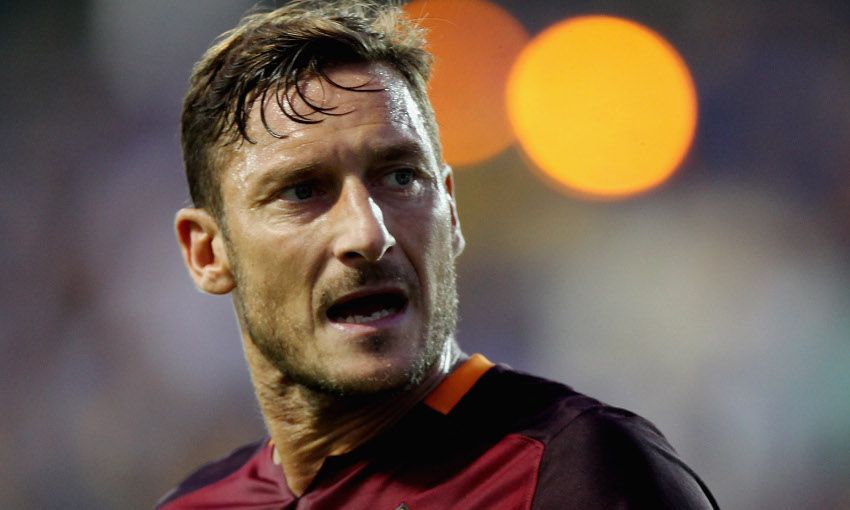 AS Roma legend Francesco Totti has hailed Liverpool as a 'model to follow' ahead of the two historic clubs locking horns in the semi-finals of the Champions League.

But the former Italy international admits he might have preferred to be drawn against a different opponent given the Reds' record in past meetings between the teams.

Totti first encountered Liverpool as a seven-year-old, when they won a penalty shootout to deny his beloved Roma European Cup success in their own stadium in the tournament's 1984 final.

It was a similar story of disappointment 17 years later as Gerard Houllier's side knocked the Romans out of the UEFA Cup in a two-legged, fourth-round tie from which Totti was omitted with an ultimately successful Serie A title chase prioritised.

When the 2006 World Cup winner finally got to experience Anfield for himself in the second group stage of the 2001-02 Champions League, he and his teammates suffered a decisive 2-0 defeat that saw them crash out of the competition.

Reflecting on his memories of the club, Totti told Liverpoolfc.com: "When I hear the name Liverpool, [I think] respect, a big club, a big team, big fans, and a model to follow.

"Despite the negative result, I have nice memories of that game [at Anfield].

"The atmosphere, the feeling, the passion of the fans - it was very impressive.

"Obviously, if I think back to that European Cup final in 1984, it's a bad memory, so we would have probably have avoided such a draw.

"But we needed to pick one of the best three teams in Europe that were left, and now we are playing Liverpool."

Totti has been paying special attention to the Reds' fortunes this season following the summer acquisition of Roma favourite Mohamed Salah.

And, though the Italian football legend didn't quite expect the 41-goal Egyptian to make such a big impact, he is not completely shocked to see him thrive under Jürgen Klopp.

"This season I've seen a number of games of Liverpool, especially because Mo Salah is now playing there, I've been following it consistently," he added.

"Especially after the draw, over the past few days I've been watching their Champions League games and I really think it's going to be a tough game for both teams.

"To some extent, it surprises me that [Salah] has been doing so well in his first season at Liverpool.

"But, on the other hand, considering the quality of the squad, the coach they have - Klopp, to me, is one of the best coaches in the world - it didn't surprise me.

"They put him in the condition to express himself at his best."