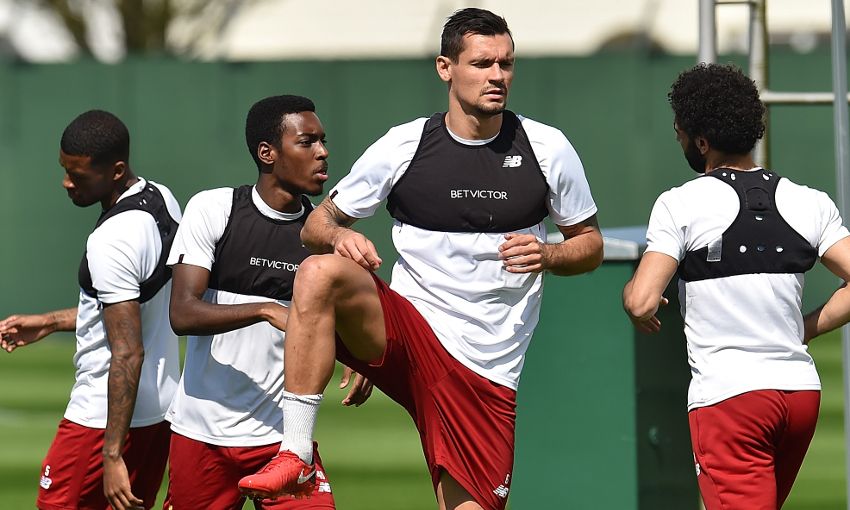 The former returned to full training this week after suffering an ankle injury on international duty with England, while the latter joined his teammates in Thursday’s session at Melwood having been forced off in the closing minutes of last weekend’s win over AFC Bournemouth due to a knock.

Nathaniel Clyne is expected to miss out, however.

“Clyney struggled a little, he had a little muscle issue – unfortunately after a completely normal session. He is probably not available for tomorrow,” said Jürgen Klopp at his pre-match press conference.

“All the rest are available. Joe is back in full training, Dejan had only a little bit longer recovery but he trained yesterday as well. Nobody else I think, that’s it.”

The manager was also asked for the latest on longer-term absentees, namely Emre Can and Adam Lallana.

He replied: “There is no real news about Adam and Emre; they are in a good way [but] we will see what that means at the end. Everything is possible that they will be part of the squad again this season, or not.

“The only thing that is 100 per cent sure is Joel Matip will not be in the squad anymore, he will start pre-season with us, that’s clear.”